Are You a Giver or a Taker?

You Are Wired to Be a Giver

Though it’s easier to be a taker than a giver, giving is far more gratifying than taking. We can purchase more with nine dollars than we can with one dollar, yet human nature prefers one earned coin over nine unearned coins given as a gift. Why is it more satisfying and fulfilling (long term) to give than to take?

Because we were meant to be creators – like the Divine architect in whose image we are created. We are charged with the responsibility to initiate, to be proactive, to build — to change the world in which we live. That is why we are inherently wired to be givers, not takers. And that is why we feel more fulfilled and accomplished when we give.

Yes, we primarily take (more than give) in our early years, as we are provided for by our parents. But that is only in our formative years, when we are being trained and educated, preparing and shaping us to become true givers. It is like a student who must first absorb the wisdom of his teachers before he becomes a teacher himself (and even as you become a teacher and giver yourself, you always remain a student).

Happiness lays in the domain of givers not takers. Are you being true to your inherent giving self, or have you let the competition of the material world cover up your internal goodness?

One way of compensating for our insecurities is to become a taker. A secure person feels secure enough to give, while an insecure person thinks that giving will make him be less. He therefore resorts to taking, mistakenly thinking that this will make him more complete.  Hoarding, collecting, gathering gives him a sense of security – a false sense, but it still feels like he “owns” something. In truth we own nothing except our own choices. In our insecure world, most people have become (unnatural) takers, living in the illusion that taking and hoarding will bring security. We live in a world of “competition” – people competing with each other for status, power, and influence. And in this anxious climate, coupled with the psychological insecurities that many of us have assumed due to absentee (or worse) parents that did not cultivate our self-confidence, we seek out panaceas that will give us a tangible sense of control. Money is perhaps the strongest soothing drug of them all — are you under its influence? To what extent?

Exercise: Ask yourself: Are you more excited when you make money or when you give it away to a good cause? Journal about it in your MyMLC journal.

Go deeper into this subject: Give(rs) and Take(ers) | Why Giving Away Money Is Difficult | Vice Advice Series Part Five: Envy | Charity | Money: A Blessing or a Curse? | 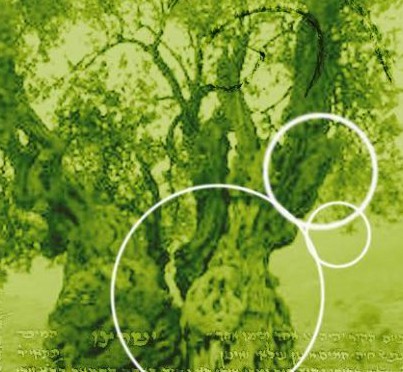 Beyond Etiquette: How to Be a Better Person

Use Kabbalah to improve your relationships, and yourself.