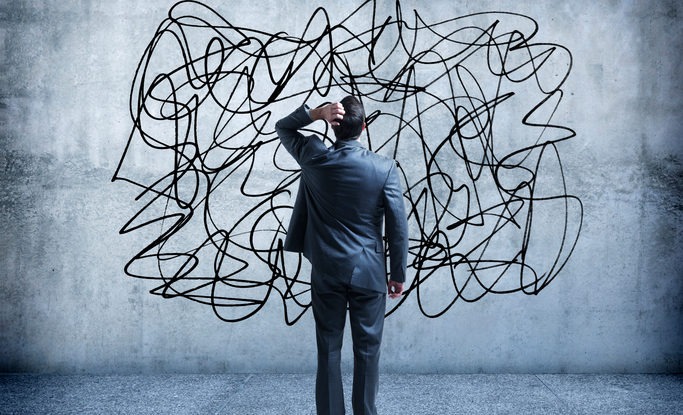 A friend just forwarded me your article How to Find a True Rabbi. What a brilliant piece!

Your powerful and moving words left me in tears…

Above all, you have made us all proud by courageously addressing an issue that so few want to approach. You cut to the heart of the cancer of divisiveness that has so pervaded society, and I cannot thank you enough for restoring to me a sense of hope.

But getting back to a more philosophical mode, I do have a question: If one were to say that many (most?) Rabbis today (and for that matter, other clergy as well) simply don’t “get it,” where does it leave us? The fact is that people do need leaders and authorities, and cannot go it alone. So where are individuals to turn when they need direction?

To play devil’s advocate: Some even argue that the masses are simply too simple and busy with their own survival to be able to make true life choices. The public lacks the intelligence to even choose leaders. If we allow laypeople to challenge the Rabbinate and all forms of authority we are left with anarchy.

So, yes many rabbis may be corrupt and many others may be ignorant about the basics of the soul, but then what should people do if they cannot find a true Rabbi? Couldn’t the argument be made that better an inadequate Rabbi than no Rabbi at all?

Since you mention anarchy, I must make a confession. I have always been obsessed with anarchy, and I must admit, that I have been accused in my time of being an anarchist.

After writing an article on the nature of leadership, one fellow angrily dismissed my words by saying that I simply can’t handle authority. While that may be true, that doesn’t mean authority per se is always a good thing. As they say, “Just because I’m paranoid doesn’t mean nobody wants to get me.”

Ok, so what exactly is anarchy. Webster’s defines it like this:

Etymology: Medieval Latin anarchia, from Greek, from anarchos having no ruler, from an- + archos ruler. Date: 1539.

No doubt that there is an unhealthy form of anarchy – especially in context of one who simply has no rules in his/her life and just follows his own heart’s desire, destructive or not. They call that nihilism.

Etymology: German Nihilismus, from Latin nihil nothing. Date: circa 1817
1 a : a viewpoint that traditional values and beliefs are unfounded and that existence is senseless and useless b : a doctrine that denies any objective ground of truth and especially of moral truths
2 a (1) : a doctrine or belief that conditions in the social organization are so bad as to make destruction desirable for its own sake independent of any constructive program or possibility (2) capitalized : the program of a 19th century Russian party advocating revolutionary reform and using terrorism and assassination

But allow me to submit another translation of anarchy: Rebelling against corrupt systems and the mediocre status quo, in search for truth. Not accepting the way things are just because people and so called ‘authorities’ say so. In other words: the search for G-d – not anything man-made – but a true G-d, Who transcends all our structures and definitions.

Conformists don’t change the world. Anarchists do. That is, anarchists according to my definition, when they channel their energy into positive revolution.

Though this doesn’t answer your question, I just couldn’t resist the temptation to get in a few words about anarchy.

Now to your actual question.

Let me begin with a great analogy I just heard from my old time friend and colleague, Rabbi Yossi Shemtov, the Chabad shliach (representative) in Tucson, Arizona. After chastising me for not calling him when I was in Scottsdale, he shared with me the following reply he gave someone who asked him about the distinction between different Rabbis.

Some Rabbis, he said, are like surgeons and others are like pilots. What is the difference between a surgeon and a pilot? When someone is in need of surgery, G-d forbid, he will be very cautious and search around for the best possible surgeon. Why? Because his life is at risk, and he wants to ensure that whoever is cutting him open is the most qualified expert in performing this particular surgery.

Why then is it that when the same person books an airline flight, with all the risks of air travel, he doesn’t go searching for the best pilot in the world?

The answer is because the pilot is flying together with you on the airplane, and he is exposed to the same risk as the passenger. The surgeon, on the other hand, is not lying on the slab with the patient. If the surgery doesn’t go well, G-d forbid, the surgeon remains intact [except for possible malpractice suits].

Some Rabbis are like great surgeons. They are brilliant scholars, erudite legal experts, eloquent orators. Many of us who see a Rabbi as an ‘outsider,’ one who is not in the ‘same boat’ with us, will go searching for the best surgeon. We will look for the greatest scholar and expert. However, there are Rabbis who are like pilots – they may not be the best, but they are in it with us. Our problem is their problem. Our celebration is their celebration.

We are not looking for ‘perfect’ Rabbis; we are in search of Rabbis who humbly appreciate the value of Divine souls and know that we are all sacred souls struggling in an agnostic world.

As I wrote in the first part of How to Find a True Rabbi, we are never given a challenge that we cannot overcome. The mere fact that we live in a world like ours and that many of us are confused as how to recognize a true mentor, this in itself tells us that G-d has built in an ‘immune system’ that allows us to overcome this challenge and that we can and must be able to find the right answers and the true mentors.

Perhaps this is the calling of our times – to ask the right questions and discover our true Rabbis. I would even go one step farther. Even if we don’t have all the knowledge, even if we are ignorant and were not given the best educational opportunities, our calling today may be at least to use the knowledge we do have to understand the criteria for a true Rabbi, and demand – yes, demand – that standard for our communities and families.

I for one can simply not accept the resigned approach that because of public ignorance we have to suffice with mediocre Rabbis. Yes, I would prefer anarchy to that choice. But I don’t believe that we need to resort to anarchy. We must believe in the ability that our generation can discover truth, and do not have to be brainwashed or programmed like blind sheep.

Nothing is more dangerous than the elitist approach, which insecurely believes that a few ‘keepers of the flame’ must dictate the rules for the ignorant masses. We must respect the dignity of each person’s individual soul and believe in the fact that we are all together ‘in the same boat’ and the ‘same plane.’

So, yes, we are in need of teachers, leaders, Rabbis, but we also have the ability to identify the true standard of a Rabbi and demand of our rabbis to live up to that standard.

If you call that anarchy – so be it.

Thank you Rabbi for this beautiful teaching, and how appropriately it speaks to me at this time! We seek leadership that reflect the finest principles of living in every aspect of our society,and we are able to differentiate what is sound from that which is not. Our responsibility must also reflect our own desire to respond in kind. It does seem to me that we live in challenging times, and perhaps “the gentle anarchists” are the true leadership.

The BEST EVER reading of my entire life span of 53 years on this earth.

Thank God and thank the author from the deepest recess of my soul.

Yes for most. there are some of us who are on the back side of the Desert. What did Avraham, Ya’akov, Moshe Avenu do for Rabbis? Do we not accept an experience in the desert discounting the experience as this is the modern era and we have choices?

Thank you Rabbi for your usual direct interaction and compelling (and I should add “inclusive”) wisdom. It is interesting that most “seekers” would hopefully and naturally seek qualities in any spiritual leader that may inspire them to pursue their chosen spiritual path of study, aspiring towards knowledge, application and devotion. You once coined the phrase “burning passion.” And, I would guess, that part of this quest to “find the true rabbi or mentor” would depend on the ability of both rabbi and student to engage in a meaningful way without the student being made to feel inadequate. I have met many fine upright teachers who really have those qualities and presence of mind and heart. There may be ego involved but at the chase, it is not the person nor his or her personality that really matters. – the teacher is the conduit but the essence is in the teachings.

Rabbi Jacobson, this is a great post (true, most are!) I have your books and listen to your posts because you are one of those true rabbis, a teacher and mentor. I love your clear-headed critical thinking, compassionate care for people and genuine gentle love for humanity, G-d and Torah. Blessings to you! I am also an anarchist, but if all of humanity the caliber as you, we would not need any other rules.

Thank you Rabbi Jacobson. A timely article indeed. Divine wisdom , imparted through our Rabbi’s is crucial now more than ever. If we listen to the “ still, small voice” we will know who to listen to. HaShem has raised up the teachers of our times ….. I pray for wisdom and discernment for us all to walk “ the” path and not lose our way as it’s so easy now to do just that. I thank you for the teaching on anarchy and nihilism.