A fundamental aspect of the Rebbe’s intellectual approach was to establish a unity between apparently unrelated areas of thought by uncovering their conceptual roots. In his discourses, he created a tapestry of philosophy, psychology, and sociology, showing the intimate connections between the revealed and the hidden, between the practical and the mystical. He would often begin a talk with a literal interpretation of a Biblical passage, then show its philosophical and psychological implications, trace the idea back to its conceptual roots, demonstrate how it is mirrored in the human psyche, and finally offer a practical application of this concept in the daily business of life. Creating such unity, the Rebbe stressed, from the most sublime philosophical point to the most tangible actualization, is vital in the quest for a meaningful life.

Kabbalah and the search for unity

How do we unite heaven and earth, soul and body? How do we integrate the sacred and the mundane, the spiritual and the material?

The Kabbalah (Jewish mysticism), and specifically the branch known as Chassidus, addresses this issue with what is called the “cosmic order,” which consists of a series of stepping stones uniting spirit and matter. There are many layers to reality. The material world experience as we know it is just the surface level, within which exist many dimensions of spiritual energy waiting to be released. By appreciating these inner layers, we can learn to make order out of disorder, to gain insight into the unknown forces that determine all movement and behavior. Because all the different creatures and forces of the universe were created by one G-d, disunity on the surface evokes a feeling in us of a unity within, and our souls reach for it.

We have been charged with the responsibility of taking all the elements of our material world—our families, our work, our daily concerns—and channeling them toward G-d, the one true unifying element both within and outside ourselves. Leading a unified life means leading a life of harmony, a life in which we have brought G-d into our every moment.

Is there a way to make sense of the world?

King Solomon is renowned for being able to take the most profound, sublime thoughts and bring them to life for minds far less developed—three thousand steps less developed—than his own. This, in turn, enabled the recipients to retrace the steps, one by one, until they achieved the original high level of discourses.

Solomon’s wisdom is a metaphor for the sort of wisdom that went into G-d’s creation of our physical world. After the radical “jump” from a non-existence to existence, G-d began creating all existences in their most spiritual, sublime forms. He then caused them to develop, in many stages, ultimately producing our physical world. He invested every material element or force with a higher, more spiritual one; water, for example, is the physical embodiment of love and kindness, while fire represents the physical dimension of power.

Although almost everyone in our world is able to see the physical outer layers of reality, very few can glimpse into the spiritual essence that lies within. And yet G-d has enabled man to peel back the successive layers of the container to reveal the light.

As we raise our sensitivity to the spiritual forces within us, we learn to love and unite with others in a way that does not compromise anyone. Instead of noticing the differences between people, we learn to see the common threads that tie us together. Instead of looking at the world selfishly, we learn to see more deeply within ourselves and discover the light within, which in turn allows us to bring out the harmony in the diverse sprawl of humankind.

Not so long ago, it was accepted as scientific fact that the world was controlled by hundreds of independent forces and elements. But with advancements in science, it was determined that the atom was the principle building block of all matter, and that matter and energy are actually the same substance, only in different forms. In the same way, by peeling back successive layers of the container of our physical world, we can begin to glimpse a unity within.

Today we have the opportunity to integrate our reality and G-d’s reality, to see how they are really one. We are all in a position to achieve the ultimate reality: peace between your own body and soul. Between you and G-d. Never before have we had a better opportunity to communicate so easily and form a unity between man and man, community and community, nation and nation. Finally, in our generation, we can conclude the process that was begun at the outset of history: bringing peace and unity to all mankind.

Have you ever wondered where Heaven meets Earth? The entire process of creation was meant to challenge us with this task, with bridging the divide between our reality and G-d’s reality. By creating unity in your life, you generate a domino effect that ripples through the entire cosmic order, uniting forces that have been wrestling with each other for thousands of years.  And this is the most gratifying experience of all. Our lives become  truly meaningful when we know that it is our duty to marry Heaven and Earth, to fuse the human and the divine. So where does Heaven meet Earth? Right at your doorstep.

Creating unity begins with yourself: dedicating time to focus on the higher goals in your life, your vision that unites the different fragments of your daily experiences. Become sensitive to your soul and to the soul and inner energy in everything around you.

When you get in touch with your soul and achieve personal unity, that helps you unite with those around you as well. Find new ways to bond with those close to you, and create bonds with new friends. 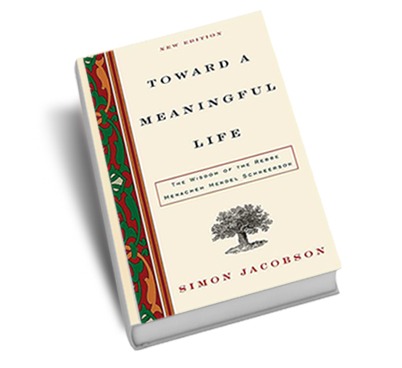