The Spiritual Meaning of the Moon

Rabbi Shimon ben Pazi explains: Indeed, initially the sun and the moon were equal in greatness and luminance. But then:

The moon said to G-d: “Master of the Universe! Can two kings wear the same crown?” Said G-d to her, “Go diminish yourself.” Said she to Him, “Master of the Universe! Because I have said a proper thing, I must diminish myself?” Said He to her, “You may rule both in the day and at night.” Said she to Him, “What advantage is there in that? What does a lamp accomplish at high noon?” Said He to her, “The people of Israel shall calculate their dates and years by you.” Said she to Him, “But the sun, too, shall have a part in that, for they shall have to calculate the seasons by it.” Said G-d: “The righteous shall be called by your name—‘Jacob the Small,’[1] ‘Samuel the Small,’ ‘David the Small.’[2] “Still G-d saw that she was not appeased. So G-d said: “Offer an atonement for My sake, for having diminished the moon.”

This is the significance of what Reish Lakish said: “Why does the he-goat offered on the first of the month differ from the others in that it is specified ‘for G-d’? (The Torah[3] adds the word LaHashem, “for G-d,” to the commandment to bring the he-goat sin-offering on the first of the month, which marks the new moon.  The word does not appear in connection with the sin-offerings of the other festivals). G-d is saying: “This he-goat shall atone for My diminishing of the moon.” (Talmud, Chulin 60b)

What are we to make of this baffling account?

a) G-d creates “two great luminaries” to “distinguish between day and night.” Yet He makes them each identical to the other.

b) G-d diminishes the moon to a fraction of her original size, deprives her of the ability to generate her own light and reduces her to a pale reflector of sunlight—apparently as a punishment for insisting that she cannot share her crown with a sun that is her equal. But then He appeases the moon for her loss. And when the moon is not so readily appeased, He offers her one reparation after another. At the end, He still feels guilty (!) about the whole affair, and commands that every month, as the moon enters a new cycle of rebirth, growth, and diminution, a sacrifice be offered in the Holy Temple in atonement (!!) for His deed. (Still, He doesn’t restore the moon to her original station.)

c) A straight reading of the verse (“And G-d made the two great luminaries: the great luminary to rule the day, and the small luminary to rule the night”) seems to imply that this indeed was G-d’s intention; that there originally be “two great luminaries,” one of which should, at some later point, emerge as the “small luminary.”  But then again, the Torah describes the era of Moshiach as a time when “the light of the moon shall be as the light of the sun”[4]—implying that G-d’s original creation is the ideal.

What’s going on? Which is the moon’s true identity—is she a star in disguise or a humble recipient of another’s light? What exactly did she have in mind when she insisted that she and the sun assume different roles? Did she or did she not “say a proper thing”? Or is this all a grand plot on the part of the Almighty—create an impossible situation, have the moon complain, diminish her, then give the implements to recreate the original state of things, now somehow possible and desirable?

The Relationship of Life

No man is an island. But then again, neither is anything else in G-d’s world. Every creature and entity is inexorably married to its fellows in a series of give and take relationships: Male and female. Heavens and earth. Prey and predator. Parent and offspring. Master and disciple. Manufacturer and consumer. Philanthropist and pauper. Employer and employee. Creature and environment.

So the two great luminaries which rule our day and night are more than two spherical bodies of matter conveniently placed and synchronized to provide us with energy, illumination and calendar. When the sun gives its light to the moon and the moon receives and reflects the sun’s light, it is man planting life in the womb of woman and woman conceiving and nurturing it; it is the farmer’s investment in the soil and the earth’s absorption of seed and rain to sprout forth vegetation; it is the rich giving to the poor, the pupil learning from his teachers, the rivers feeding the seas. In their celestial dance of bestowal and reception, sun and moon are the metaphor and prototype for the innumerable give-and-takes which form the foundation of life—indeed of existence as we know it. For it is only out of the relationships between giver and recipient that new and unprecedented realities are born. Without the give and take dynamic our world would be as static as a museum display; with it, it becomes vibrant and creative.

Obviously, the giver is the “great” element in the relationship and the taker the “small”. For is the bestower not a giver by virtue of his superior wealth and prowess? Is the recipient not a taker due to his poverty and lack? This, however, represents but one perspective on the relationship—that of the giver and the recipient themselves. But what about the Designer and Creator of their reality? How does the ultimately objective viewer see it?

Viewed from G-d’s perspective, is there any qualitative difference between the fact that He has provided the rich with wealth-generating talents and opportunities and the fact that He has provided the poor with rich men with generous hearts? Both are thereby enabled to sustain themselves and their families and to contribute to the overall development of the world’s resources, each in his own way. Is there any real difference between His making the sun a cauldron of boiling energy and the moon a “passive” lump of matter positioned so that it reflect the sun in a certain way? Both mean that they illuminate the earth and create the rhythmic cycles of life, again each in its own way. From G-d’s perspective, they are all recipients in the sense that He gives them everything they have, including the capacity to give and/or receive. And they are all givers in the sense that through their give and take partnership with each other (and with Him), they create.

And yet, the greatness of the moon lies in her capacity to receive—a capacity that is born of a sense of diminution and insufficiency. So while G-d created two great luminaries, it is the moon who must cry–the very essence of her nature demands it–”Wait a minute! We cannot be equals! If we are, where is the differentiation? Where is the creative relationship? Only one of us can give—the other must receive; only one of us can shine–the other must be dark.”
“You’re absolutely right,” says G-d. “Go diminish yourself.”
“But why me?” asks the moon. “Just because I’m the one who spoke up?”
“Certainly. That’s why you spoke up—because you are the recipient. The sun feels perfectly comfortable with his greatness—that’s his role, to be great and giving. But you’re different. Unless you see yourself as small and lacking, you cannot be great.”
“But why should I be the lesser one in the relationship?”
“You’re not. Actually you are—in the reality of your perception. But in another, more transcendent reality, you are equals. In fact, you’re even superior in certain ways.”
“How?”
“After the day is over, the sun drops out of the sky. The night is off limits to him. But you’re there not only at night but in the daytime, too, though you cannot be seen.”
“But I’m a luminary. If I cannot be seen, I’m nothing.”
“Exactly. That’s the difference between you and the sun. He illuminates by illuminating, but you illuminate by virtue of your nothingness, with your passive reception of another’s light. So when he isn’t seen, he isn’t there. But you, even when you’re nothing, you’re still something.”
“I don’t get it.”
“Of course you don’t. If you did, you wouldn’t be a recipient.”
And so it goes. G-d tells the moon about the unique qualities of lunar time, where, unlike the steady, unfaltering solar cycles, diminution and extinction give rise to rebirth and renewal. He tells her of the great men of history, who achieve true greatness by virtue of their humility and perpetual sense of inadequacy.
But the moon is not appeased: “I still feel inferior!”
“Of course you do,” says G-d. “Your smallness is the essence of your greatness. If you didn’t feel inferior, you wouldn’t be driven to receive, and then you would truly be inferior. I see your greatness, but you can’t—at least not until the purpose of your role is successfully realized. Then, when all the givers and takers in my creation have produced the perfect world I have charged them to create, the true worth of the recipient will come to light.
“But I’ll tell you what,”G-d continues, “I know that all of this is My fault. After all, this whole business of a world in which giver and recipient join to create a new and enhanced reality was My idea in the first place. I could have created a perfect world, or no world at all. It is because of My desire for an imperfect, self-perfecting world that you “moons” must initially experience darkness, weakness, ignorance and poverty. So I will come join you in your plight. From my all-transcendent perspective you are already great—your potential as good as realized, your future perfection already obvious and expressed. Nevertheless, I will enter your world and perspective, and together with you strive for and await redemption. Until that day when ‘the light of the moon shall be as the light of the sun’ I, too, will subject myself to the ups and downs of lunar life.” 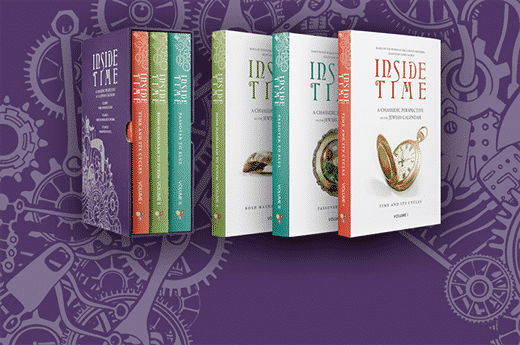 Shalom to you! The Sun and moon are metaphors for Messiah and His Bride now, and in the messianic Age to come when the groom(Messiah) connsumates with His Bride (Yisrael) (john 17 in the Eternal realm in the New Jerusalem Revelation 21, 22
Blessing you out of Sion
Sions Rose

Why is God written as G-d?

i clicked on this link to discover the spiritual meaning of the moon- not biblical, but ok

Amazing stuff. Very informative. Makes one to stop and think of the powerful work of God.

God, his name is God. There’s an o, not a dash. I’m disappointed because I wanted to read the article but every time I see it it takes my brain off the article so I came to let you know you lost a reader because of something ridiculous.