The Month of the Bride

The question of who takes the initiative has a profound effect on the nature of the relationship. For though the end result is that both of them express their love for each other, the one who takes the initiative determines the nature of the other’s response. When initiated by the giving partner, the response stimulated in the recipient will likewise be a “masculine” response; when initiated by the recipient, the giver’s response will also be of a “feminine” nature, for it will be influenced and shaped by the source of its arousal.

In Song of Songs, which explores the relationship between G-d and Israel through the metaphor of the love between a bride and her groom, we find expressions of both male-initiated and female-initiated love. In one verse, the narratress proclaims, “My beloved is to me, and I am to him.”[9] In another, she says, “I am to my beloved, and my beloved is to me.”[10]

There are times when the Almighty showers us with love and kindness, arousing in us a response in kind (“My beloved is to me, and I am to him”). But there are also times in which we take the initiative, expressing our love and devotion to Him despite His apparent distance from us, thereby arousing in Him His love for us (“I am to my beloved, and my beloved is to me”).

It may be argued that the divinely-initiated love produces a higher and loftier love than that which is initiated by ourselves. When the initial arousal comes from G-d, it is a show of love that is as infinite and sublime as its source, arousing in us feelings that we could never have produced ourselves. Nevertheless, such a love cannot be said to be truly our own. We have been overwhelmed by something that is infinitely greater than ourselves, and our own response is likewise “larger than life,” bearing little relation to who and what we are in our natural state.

On the other hand, the love we generate from ourselves may be less magnificent and glorious, but it is a deeper and truer love. It is an integral love—a love that comes from within and expresses our deepest yearnings. And when we awaken such a love in ourselves, G-d responds in kind, showing us an integral, intimate love—a love that embraces us as we are, rather than transporting us to sublime yet alien peaks of spirituality and transcendence.

The month of Elul is a month in which the love between the divine Groom and His bride Israel is at its height. This is alluded to by the fact that, in Hebrew, the first letters of the verse “I am to my beloved and my beloved is to me” (ani ledodi v’dodi li) spell the word Elul.

It is significant that the acronym for Elul comes from the verse that describes a love that is initiated by the bride, rather than the verse (“My beloved is to me, and I am to him”) in which the initial show of love comes from the groom. For despite its designation as a time for special closeness between G-d and man, Elul is a most “ordinary” month, conspicuously devoid of festivals and holy days (as opposed to the festival-rich month of Tishrei that follows it). Elul is not a time in which we are “lifted up” from our daily routine to the more spiritual atmosphere of a festival day; rather, it is a time in which we remain in our natural state as material beings inhabiting a material life.[11]

For the month of Elul, whose astral sign is the sign of betulah (“virgin”), is the month of the bride. Elul is a time when the initiative comes from our side of the relationship, and the divine response to our love is one that relates to us as finite, material beings and embraces our natural self and personality. 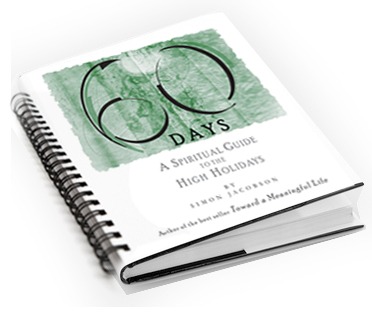