Chaya Sarah: Ishmael – How Does it End ? 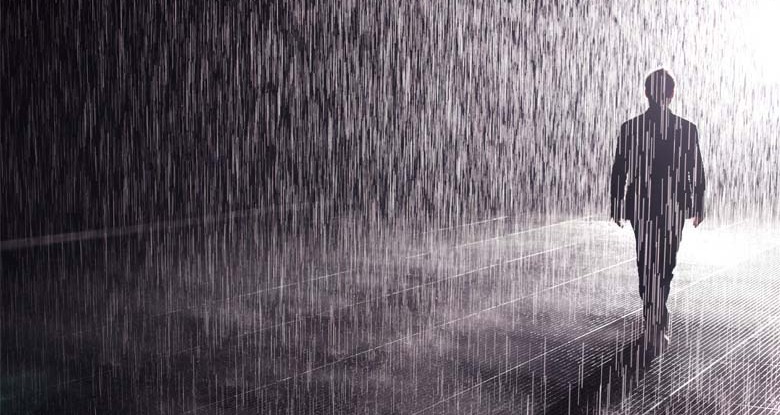 They [Ishmael’s descendants] overran all their brethren (25:18)

While Abraham was alive he [Ishmael] dwelled; after Abraham’s death he fell (Rashi)

And so the story continues…

Following the events of Abraham and Sarah’s lives – the birth of Isaac, the expulsion of Ishmael at Sarah’s behest, Abraham offering Isaac to G-d (the Akeidah) – this week’s Torah portion (Chayei Sarah) brings this chapter of history to a close.

The portion concludes with the chronicles of Ishmael. It delineates his twelve children, who become twelve princes that establish the Arabian nations. Ishmael dies at the age of 137. The final verse of this week’s portion is: “[Ishmael’s descendants] lived in the area from Havilah to Shur, which borders on Egypt, all the way to Assyria. They overran all their brethren.”

Thus ends the story of Ishmael son of Abraham. In each of the last three Torah portions Ishmael plays a prominent role: in Lech Lecho Ishmael is born, with the promise to Abraham that he would be a great nation. In Vayeira, Sarah insists that Abraham send him away. Finally in Chayei Sarah, his life ends and his progeny documented.

Interesting to note that the concluding chapter of Ishmael is included in the portion called Chayei Sarah, the life of Sarah. Sarah was not Ishmael’s mother; indeed, she actually caused Ishmael to be banished from Abraham’s home. Why then would the Torah place Ishmael’s final legacy in the chapter titled “the life of Sarah”?!

Was Ishmael a Tzaddik?

Rashi, the great classical Torah commentator, tells us that Ishmael did teshuvah (repented) before Abraham passed away.[1] Indeed, the expression “vayigveh” (he breathed his last) used to describe the death of Ishmael, is only used in regard to tzaddikim.[2] Some commentaries explain that through his teshuvah he transformed all his sins into virtues, thus his entire life was ultimately redeemed.[3]

Being the son of Abraham was the ostensible cause for Ishmael’s teshuvah. Yet, it was Sarah’s banishing Ishmael that ultimately caused him to return to the right path.

Abraham felt that the best way to influence Ishmael was through love and kindness. However G-d tells Abraham that he should defer to Sarah and send Ishmael away. Because chesed (love) that is not balanced with gevurah (discipline) can ultimately turn destructive. Rain without discipline will flood the fields; rain must fall in drops so that the earth can absorb the moisture.

Ishmael “will be a wild man.” He inherited the passionate faith of Abraham. However passion must be tempered and channeled with gevurah lest it consume others, “his hand will be against everyone.” As it turns out (at the end of today’s Parsha), that Ishmael’s descendants “overran all their brethren,” “at the end of days the children of Ishmael will initiate wars in the world.”[4]

Thus G-d tells Abraham to heed Sarah’s gevurah approach, to send Ishmael away. This was not meant to destroy Ishmael, rather by banishing him he will become a great nation, as G-d promises Abraham. Ishmael cannot live in the same home with Isaac. Only with the appropriate measure of discipline can Ishmael grow. On the face of all his brethren he fell – Ishmael did teshuvah and was humbled (‘fell’), and that elevates him (his tikkun).[5]

Ishmael’s teshuvah and the summation of Ishmael’s life is therefore specifically placed in the portion of Chayei Sarah: Sarah’s life and influence, particularly in regard to disciplining Ishmael, was instrumental in Ishmael’s return to Abraham’s faith.[6]

The conclusion of Sarah’s life (the end of Parshat Chayei Sarah), the climax of her achievements, is her impact on Ishmael: Sarah’s gevurah approach causes that ‘on the face of all his brethren he fell.’ And from Ishmael’s fall at the end of days will sprout Moshiach, who stems from the ‘children of Isaac.’

Thus concludes the story of Ishmael son of Abraham – a story of aggression, banishment, but also a story that concludes with hope and redemption.

[3] Maskil l’Dovid at the beginning of our portion.

[5] See Klei Yokor at the end of our portion.