Rabbi Simon Jacobson is a pioneering speaker, educator and mentor to thousands. He is the Dean and Founder of The Meaningful Life Center, coined “The Spiritual Starbucks” by the New York Times, which bridges the secular and the spiritual. He is the author of the best-selling book Toward a Meaningful Life which has sold over 400,000 copies and been translated into 13 languages. With his keen insight into the human condition, and over 40 years of experience, he has the unique ability to offer clarity and direction especially in difficult times. Since the pandemic crisis has disrupted our lives, Rabbi Jacobson and the MLC have been lauded for creating non-stop programming nourishing people’s hearts and souls.

Click on image in order to retrieve high resolution version. 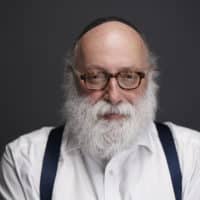 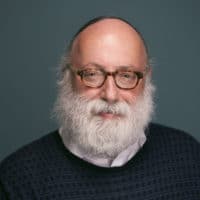 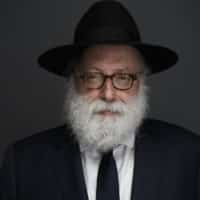 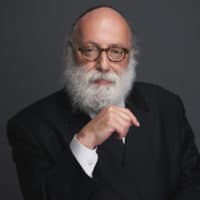 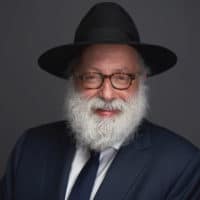 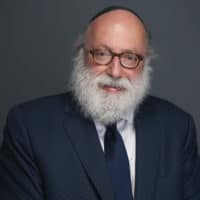 Rabbi Simon Jacobson is the author of the best-selling book Toward a Meaningful Life (William Morrow, 1995. 2001. 2019). which has sold over 400,000 copies to date and has been translated into Hebrew, French, Spanish, Dutch, Portuguese, Italian, Russian, German, Hungarian, Polish, Czech and Georgian.

For over 14 years Rabbi Jacobson, as Editor-in-Chief of Vaad Hanochos Hatmimim, was responsible for publishing the talks of Rabbi Menachem M. Schneerson, the Lubavitcher Rebbe. This consisted of memorizing and transcribing entire talks that the Rebbe gave during the Sabbath and holidays, as writing and tape recording are not permitted on holy days. In this position, Rabbi Jacobson was privileged to work in close association with the Rebbe and published more than 1000 of the Rebbe’s talks. He also headed the research team for Sefer Halikutim — an encyclopedic collection of Chassidic thought (26 volumes, published 1977-1982).

Jacobson is one of the greatest scholars and sought after speakers in the Jewish world today. He has lectured to diverse audiences on six continents and in forty states on psycho-spiritual issues and applying Jewish thought to contemporary life. His voice is rooted in the timeless teachings of Torah, yet at the same time is profoundly timely, relevant, unique, and cutting edge. He has been interviewed on over 300 radio and TV shows, including CBS, CNN, PBS, MSNBC, FOX and NPR.

He is also the chairman and publisher of The Algemeiner Journal, the “fastest growing Jewish newspaper in America” according to CNBC, filling the position of his illustrious father, esteemed journalist, Gershon Jacobson.

The success of Simon Jacobson’s book, “Toward a Meaningful Life”, has generated as many questions as it has answers. Written in concise, down to earth language, Rabbi Jacobson has taken the sublime teachings of the Lubavitcher Rebbe, Rabbi Menachem Mendel Schneerson, and related them in a straightforward, practical manner applicable to the life of every man and woman concerned about the meaning of existence and how to apply that meaning to everyday life. The Lubavitcher Rebbe has written many volumes of teachings delving into a myriad topics, from the most lofty to the most mundane. From these millions of words, Rabbi Jacobson was confronted with the task of culling the major themes upon which the Rebbe expounded and presenting them in an organized and cohesive manner.

In this interview, Rabbi Jacobson explains some of the thoughts and considerations that formed the basis and structure of his best selling book.

Q. What is the underlying theme of “Toward A Meaningful Life” that helped you decide what topics to include in the book?

S.J. The book, “Toward A Meaningful Life”, is comprised of the fundamentals, the foundation underlying all the Rebbe’s talks. The basis of all the many topics on which the Rebbe spoke is the tenet that the Torah is a blueprint for life. This is the reason that the Torah has perpetually been referred to as “The Torah of Life”, because, when understood properly – that is, when the innermost meanings of the Torah are revealed – it is, in fact, an instruction manual for living our lives correctly. By correctly, I mean, according to G-d’s plan. Thus, it is “A blueprint for life”.

Q. Then why the title, Toward a Meaningful Life” rather than calling it “A Blueprint for Life?

SJ Well, actually we considered that title and then rejected it. Because a blueprint is just that, it is a plan, but not the final result. A blueprint contains the final result in potential, but the result – the thing that occurs when the blueprint is followed and the building actually constructed – is, on a personal basis – a Meaningful Life.

Q. According to your book, how does one achieve a meaningful life?

SJ The Rebbe explained this very simply: By living a life according to G-d’s word and instructions to us, we live the most meaningful life possible. According to G-d’s plan, our lives are not haphazard; we were not created to flounder through life, which is the experience of many. We were, instead, created for a purpose and our lives are headed to a destiny of meaning, a rendezvous with G-d, when each of us will reach harmony with ourselves and with those around us. And by knowing the destination (contained in the blueprint), this infuses every moment of our lives with a deeper meaning and urgency. Knowing the destination -knowing that G-d has given each of us a special, individual role- we are motivated to learn this plan and to live it. Hence the title of the book – “Toward A Meaningful Life.”

Deep down, isn’t this what each of us is searching for?

Q. How did you decide upon the structure of the book into the three parts: Man, Society and G-d?

SJ The actual structure of the book reflects the Rebbe’s perspective on life. The Rebbe, throughout his leadership, touched upon and discussed every issue from A to Z. Whether it be children’s issues, women or men, relationships, the elderly, physics, cosmology, the sciences, the Rebbe has discussed it. In his unique style, the Rebbe has shown us how to look at these issues with a different perspective. He illuminates and enhances every subject in a way beyond how most of us conventionally see and understand these ideas. We structured the book in the three sections: MAN, SOCIETY and G-D based on the Rebbe’s classical approach of breaking down life into these three elements. Our relationship with ourselves and with others. Our relationship with the universe. And our relationship with G-d.

Q. In a few words, can you summarize the content or the goal of the three sections of the book.

SJ The MAN section includes personal and interpersonal issues. The Rebbe’s insights on the entire range of life’s cycles and rhythms, beginning from birth, childhood, education, youth, and following through with love, marriage, work and career, aging and retirement and finally death.

Q. Is there a basis for this structure in traditional Jewish sources?

SJ In the Jewish writings called Ethics of Our Fathers*, a compilation of practical advice on living a moral an spiritual life, it is stated: “Reflect upon three things and you will not come to sin, to transgression, to spiritual displacement: (1) Know from where you came, (2) where you are going, and (3) before whom you are destined to give an accounting”. The Rebbe comments and expounds on this statement: Reflect upon three things, (1) on yourself, (2) on the world around you and your responsibility to it, and (3) on G-d. At all times, set before your eyes (your awareness) the three basic facts of life: Know your Creator; know your own self (recognizing your strengths and weaknesses, your talents and vulnerabilities); and bear in mind the manner in which G-d desires that you serve Him,

Thus the three sections in the book: MAN. SOCIETY. G-D.

Q. In one sentence can you tell us the manner in which G-d desires that we serve Him as expounded in your book?

SJ Obviously, when answering this question or applying the answer to individual situations, there is much to say about this, and that is why the Rebbe spoke and produced so much. But, to follow the limitation you pose of answering in one sentence, I would say that G-d desires that we harness our personal talents and abilities and the resources of the material world and develop them in accordance with His will.