Ranging roughly from the fifth century of the Common Era to the fifteenth, this period fused the Talmudic era with the modern age of today. Its giant personalities began with the Gaonim, the ‘geniuses,’ continued with the Rishonim, the ‘firsts’, and culminated with the Achronim, the ‘lasts.’ Mega luminaries shined in both the east (Sephardic) and west (Ashkenazi). Sages such as Rashi, Maimonides, the Tosafists, R’ Yosef Cairo, and the Arizal, R’ Isaac Luria upheld this tumultuous period of Jewish history. The Torah was codified in these years, resulting in the Shulchan Aruch, the Code of Jewish Law. In the hills of Tzfat, the Arizal and his contemporaries articulated the Kabalistic realities of existence. 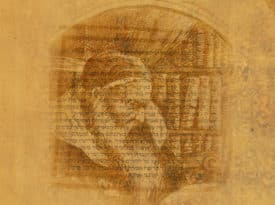 The ultimate reward and fulfillment of creation is in fusing the material and the spiritual.