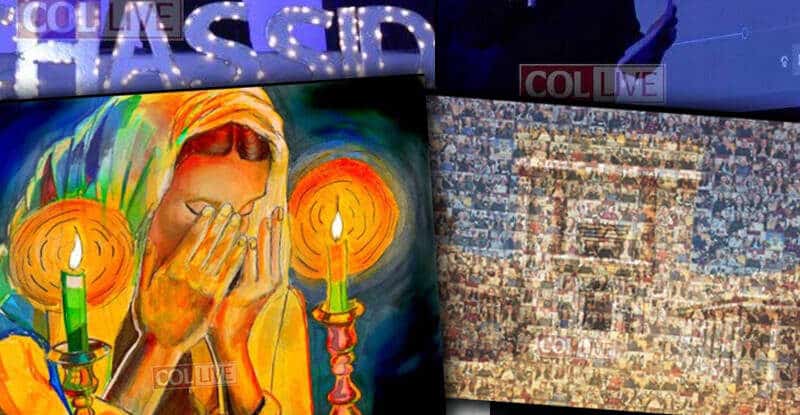 What started off as a seemingly ordinary day in Bais Rivkah High School ended off as anything but that. On Tuesday, י”ג שבט, Bais Rivkah held their grand “Chassidus is Ki” event.

The G.O. theme this year, “Diving In” — to the Twelve Pesukim that the Rebbe taught us — brought the Pasuk of “Ki Karov Elecha” into the spotlight in the month of Teves, and G.O. decided that it was time for something big to happen.

Girls were encouraged to submit ideas in an essay or any creative format, presenting an idea in Chassidus and how that idea is “close-” how it is applicable to our daily lives.
When the submissions began pouring in, the extra-curricular department knew this was going to be way bigger than they had planned.

The judges, Mrs. Yehudis Bluming, Mrs. Tzirl Goldman, and Mrs. Sara Blau spent hours going through every entry and judging them anonymously through a points system.

On Tuesday, many of the submissions were displayed and performed for the school. G.O. outdid themselves with the lighting and gorgeous decor of the school shul which added to the grandness of the event. As each girl was called up by emcee Shaindel Carlebach, the crowd was taken by the mindblowing talent being aired. The artwork, essays, poetry, songs, raps, videos, and more all brought complex, great concepts in Chassidus into every girl’s mind, heart, and practical life. And these presentations weren’t given by teachers; these weren’t outside works of inspiration. These were student to student, heart to heart displays.

The audience wasn’t a group of observers watching a great show, rather, everyone left with suggestions from their own schoolmates on how to make Chassidus a real presence in their lives, truly “כי קרוב אליך.” A thick booklet of the written submissions was given out, and the artwork now hangs, displayed on a designated wall. All girls who participated in this contest received a certificate and adorable personalized phone pockets.

Right before the winners were announced, the crowd sang a popular song, “Despite the Darkness,” from the recent production “I Believe” together. The incredible energy reminded everyone that through connection to the Rebbe we can internalize the wealth of Chassidus and use it for so much good. It was a highlight of the event.

It was so special to be a part of the feelings of unity, upliftment, and empowerment.
This was anything but an ordinary day of school. This was something to remember.

With many thanks to Morah Tiechtel for her guidance and support of all the Programming. Thank you to Rabbi Sholom Goldstein and the Board of Directors.