Unity Torah Once Again Unites Jews From Around the Globe 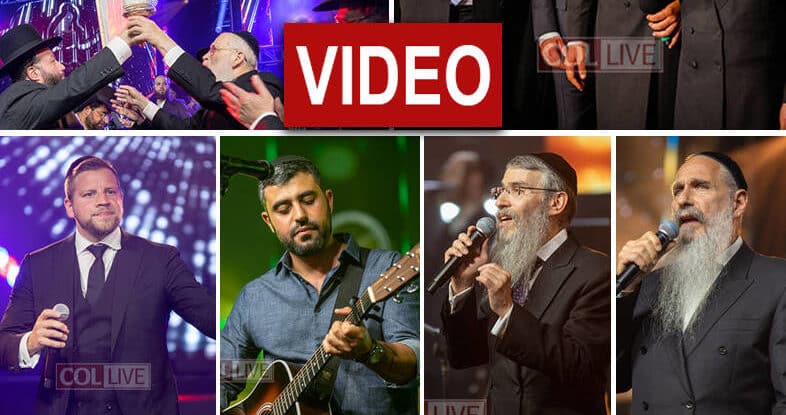 The second Unity Torah, dedicated in honor of the Hatzalah volunteers worldwide, was completed Thursday, Lag BaOmer, in a star-studded event with the biggest names in Jewish music.

Over 2.1 million people tuned in to the Hatzalah-Thon from every corner of the globe, to witness the historic completion of the Torah which united tens of thousands of Jews of all types.

Although it was a very difficult night for world Jewry, after hearing of the tragedy which had occurred at Meron just hours earlier, organizers said they felt it was an opportunity to join in unity as a people and strengthen each other, as we pushed for a call to action to increase in achdus and love for one another.

The writing of the first and second Unity Torahs, begun during the pandemic, have been called a “historic endeavor” by many for the unprecedented unity it has brought to Klal Yisroel across the globe by uniting hundreds of thousands who have purchased letters.

United for Protection was founded by businessmen Beryl Junik, Shloimy Greenwald and Zalmy Cohen, who set out to write a Torah scroll to strengthen the world against the terrible pandemic. The first Torah, written by Sofer Rabbi Moshe Klein of Crown Heights, was completed last year, and the second Torah was immediately begun.

The second Torah, which was written in the merit of the Hatzalah volunteers, was completed last week, as Hatzalah volunteers from all over the tri-state area and beyond streamed to Central Hatzalah in Flatbush, Brooklyn, to inscribe the last remaining letters.

The final letters were completed Thursday at the grand musical celebration, streamed live around the globe.

One by one, the singers lit up the stage, as they sang heartfelt songs and joyous medleys to celebrate the completion of the historic Torah which united the Jewish people.

The program was led by Master of Ceremonies Nachum Segal and Sam Stern, who reminded the public of the special zechus in donating to the Hatzalah organization, whose members were on the front lines during the pandemic and who dedicate their lives to helping others 24/7.

Performances were given by Avraham Fried, Mordechai Ben David, Ishay Ribo, 8th Day, Mordechai Shapiro, Motty Steinmetz, Benny Elbaz, and The Zemiros Choir, with music by The A Team Orchestra.

During the program, many singers expressed the grief of all of Klal Yisroel for the victims of the tragedy in Meron, and prayers for all those injured.

Famed comedian Modi came as a surprise guest performer, to salute the work of Hatzalah and to inspire viewers to donate generously with simcha.

The final letters were written with great fanfare by special guest Rabbi Dovid Cohen, father of Zalmy Cohen, a noted Sofer for over 35 years and Rabbi of Beis Menachem Zev shul in Montreal who traveled from Montreal especially to join the event.

The Hatzalah-Thon also included many video clips on the Hatzalah organization and their life-saving work.

The Hatzalah-Thon was held in the midst of Hatzalah-Week, a week of celebration and appreciation to Hatzalah. 56 branches of Hatzalah have joined the fundraiser, with the goal of raising an ambitious $18 Million.

They are currently nearing $17 million, and organizers expect to reach the goal within the next few days.