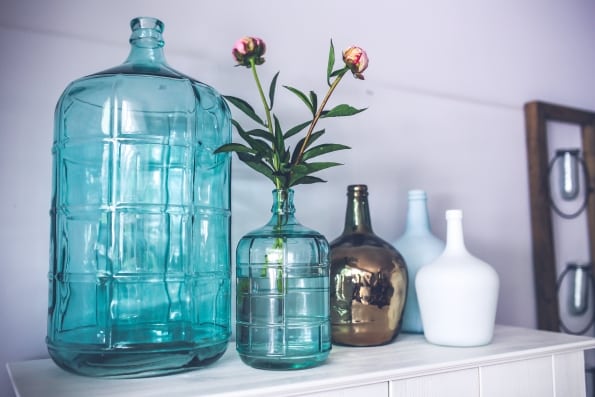 In the third month of the Children of Israel’s exodus from the land of Egypt, on that day, they arrived in the Sinai desert… And Israel camped there, before the mountain

“That day” was the first of Sivan in the year 2448 from creation (1313 bce), six weeks after the Exodus. Six days later, the entire nation of Israel stood at the foot of Mount Sinai as G-d revealed Himself to them and gave them the Torah. Ever since, we celebrate the festival of Shavuot as “The Time of the Giving of Our Torah.”

The 19th chapter of Exodus describes this final week of preparation for Sinai. By analyzing the Torah’s account, the Talmud[1] pieces together the following chronicle of events for these six days, the 1st through the 6th of Sivan:

Sivan 1, the day we arrived at Sinai: “Moses did not say anything at all to the Jewish people, since they were weary from the journey.”[2]

Sivan 2: At dawn, Moses ascends Mount Sinai. He brings back the following message from G-d: “You have seen what I have done to Egypt, and how I bore you upon the wings of eagles and brought you to Myself. Now, if you will obey My voice and keep My covenant, you shall be My chosen treasure from among all the nations, for all the earth is Mine. You shall be to Me a kingdom of priests and a holy nation.”[3] With these words, G-d expressed His desire that we become His “chosen people.” The day is accordingly marked in our calendar as Yom HaMeyuchas, “The Day of Designation.”

Sivan 4: The Jewish people are told to purify and sanctify themselves in preparation for the giving of the Torah by suspending marital relations and immersing in a mikveh.[5]

Sivan 5: Moses builds an altar at the foot of the mountain and seals the covenant between G-d and Israel. The entire people proclaim, “All that G-d commands, we shall do and we shall hear (comprehend).”[6]

Sivan 6: The Giving of the Torah. “When morning came, there was thunder and lightning, and a thick cloud upon the mountain… The voice of the shofar sounded, growing stronger and stronger… G-d descended upon Mount Sinai … and spoke the following words, saying: ‘I Am G-d your G-d, who has taken you out of the land of Egypt..’”[7]

The revelation at Sinai marked the culmination and fulfillment of the Exodus. Many months earlier, also at Sinai, when G-d first appeared to Moses in the burning bush and commanded him to lead the Jewish people out of Egypt, He had said: “This is your sign that I have sent you: when you take this nation out of Egypt, you will serve G-d on this mountain.”[8]

From the day they left Egypt, the Jews literally counted the days to the morning on which they would behold the reality of G-d and be granted the liberating truth of truths. (To this very day, we experience their 49-day count, from the day they left Egypt to the day they received the Torah, with our own “counting of the omer.” Every Passover, we re-experience our forefathers’ initial taste of freedom when they physically exited Egypt; for the next seven weeks, we undergo the yearning and preparation for the Torah which they pioneered in their forty-nine days of counting and self-refinement; finally, on the festival of Shavuot, we receive the ultimate gift of freedom, as we are granted our annual “revelation at Sinai” and “giving of the Torah.”[11])

In light of this, the events—or rather, the non-event—of the 1st of Sivan is most difficult to understand. This was the day on which “Moses did not say anything at all to the Jewish people, since they were weary from the journey.” But human nature is such that the closer one comes to an anticipated point in time, the stronger one’s yearning and desire becomes. Why, after six weeks of anticipation and preparation for the great day, would everything come to a halt merely because the Jewish people were “weary from the journey”? Why would they not do “anything at all” in preparation for their receiving of the Torah, on the very day on which they arrived at Mount Sinai?

The Silencing of the Jewish Mind

Let us take a closer look at what the Torah tells us about the doings of the Jewish people on the day in question, the first of Sivan: “In the third month of the Children of Israel’s exodus from the land of Egypt, on that day, they arrived in the Sinai desert. They journeyed from Rephidim and came to the Sinai desert, and camped in the desert; and Israel camped there, before the mountain.”[12]

In his commentary on these verses, Rashi addresses the grammatically unconventional use of the singular vayichan (“and he camped,” rather thanvayachanu, “and they camped”) in speaking of the entire Jewish people. Rashi explains that the Torah wishes to inform us that “They camped as a single man, with a single heart, unlike all other encampments, which were accompanied by dissent and dispute.”

Indeed, we find many instances of quarreling and even rebellion in the course of the Jewish People’s journeys in the desert. Still, was it really as bad as that? Were “all other encampments” (there were forty-two of them altogether, as enumerated in the 33rd chapter of Numbers) ridden with strife, and Sinai the only peaceful exception?

But the “dissent and dispute” which characterized the Jewish camp need not be understood only in the negative sense. Our sages tell us that G-d created man in such a way that “Just as no two are alike in their features, no two are alike in mind and character.”[13] Each individual’s distinct mindset and temperament leads him to apply the same truths in his own unique way. So differences of opinion do not necessarily stem from selfishness and animosity; they can also arise out of a sincere search for the truth and the desire to fully realize one’s potential as an individual. In fact, when untainted by self-interest, dissent and differences of opinion can prove positive and constructive.

Nevertheless, what was acceptable, even desirable, in the other forty-one encampments, was intolerable at the encampment at Sinai. For an important part of our preparations to receive the Torah was (and remains) the eradication of all differences in outlook and understanding.

The reason for this is best understood by examining the difference between pre and post-Sinaitic study of Torah. Also before Sinai, the Torah was studied and observed: Shem, the son of Noah, headed an academy for Torah study together with his great-grandson, Eber[14]; the Patriarchs—Abraham, Isaac and Jacob—established “yeshivot” for Torah study[15]; and throughout the Egyptian exile, the tribe of Levi (who were not enslaved) occupied themselves with the study of Torah.[16] So the “Giving of the Torah” at Sinai was not the unveiling of a hitherto undisclosed document. What, then, did happen at Sinai?

Prior to Sinai, the intellect was the tool with which to mine the depths of Torah. G-d had invested His wisdom in words and ideas comprehensible to the human mind, and the human mind labored to grasp and digest them—to the extent that it was capable. Since every mind is unique in both its strengths and its weaknesses, the scope and depth of each student’s understanding differed. Obviously, no mind was capable of apprehending the entirety of Torah, as the infinite wisdom of G-d could never be contained by the finite human mind.

But at Sinai, G-d gave us His Torah. All of it. He chose to impart the whole of His wisdom to us, regardless of the limits of our intellect. At this moment, Moses and the most simple of Jews were equal: equal in their inability to grasp the essence of G-d’s wisdom with their own brainpower, and equal in that G-d had granted them this understanding as a gift—that He “inserted” the infinity of His wisdom into the simplest of Torah’s verses in the mouth of the simplest of Jews.

To prepare for the giving of the Torah at Sinai, the Jewish people had to abnegate their individual talents and faculties. They had to make the transition from active apprehension of Torah to passive submission to a gift from above.

So the first of Sivan, the day on which the Jews arrived at the station at which they would receive the Torah, was far from an uneventful day. On the contrary, it was a day of intense preparation, involving an unprecedented activity: to establish a camp that was “as a single man with a single heart.” Not only to reach a consensus on a unified course of action (“as a single man”), but also to each surrender his or her individual approach, outlook and intuition to a singular egoless receptiveness (“a single heart”) that is the most important prerequisite to the divine granting of the Torah.

This was a most “wearying journey.” It was not the physical journey from Rephidim which so drained them, but the psychological transition from a six-week active preparation to utter passivity. On this day, “Moses did not say anything at all” to them, and his non-verbalization of the order of the day was its strongest articulation: to transcend one’s individual comprehension of Torah and make oneself an “empty vessel” to receive what G-d would bestow.

Initially, the definitiveness and individuality of the mind is an impediment to receiving the infinite, intangible essence of the divine wisdom. But after we open ourselves to receive G-d’s Torah, we must “reactivate” our individual faculties in order to absorb and assimilate what we have received.

Once again, differences will emerge. Moses, Aaron, the priests and the common folk—each will have his boundaries clearly marked. Each will take the very essence of Torah, which they all received equally, and apply it to his own life with the tools of his own cognition and experience.