How Much Does Your Lineage Matter? 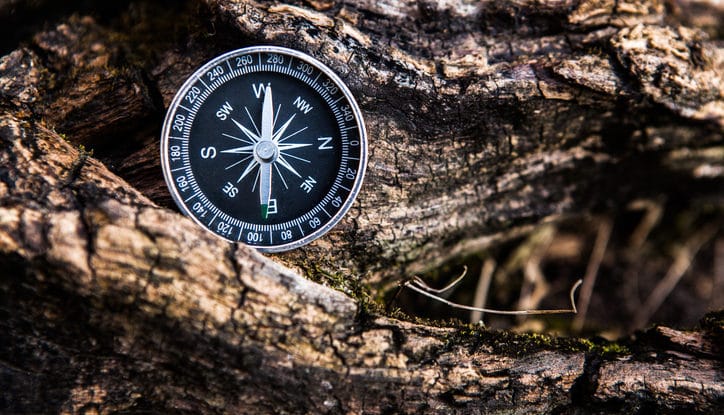 Is there such a thing as objective elitism or is it only an illusion of the elite? Are all people equal or are some more equal than others? Is enlightenment exclusive only to a select few?

This week’s Torah portion – and a recent ride in the subway – provide some interesting insights.

Isn’t it fascinating to study the faces of thousands of commuters packed in a subway? Their blank stares—an art we have mastered in our mass consumer culture—hide their thoughts and feelings. One person is playing a videogame; another is exercising control by releasing his rage at new passengers forcing their way through the doors (a form of “road rage,” or in this case: “subway rage”).

What are the ultimate aspirations of all these people? (Are they thinking the same thing about me?). Are they being manipulated by the few people with power and wealth?

This innocuous experience became a catalyst for the following thoughts on the role of the masses in the world in which we live—a theme touched upon in the opening of this week’s Torah reading.

One of the themes in this week’s Torah portion is yichus.

You don’t know what yichus is? Let me tell you. Yichus is what Tevye the milkman could have complained about to G-d. As in:

“Dear G-d, you made many, many poor people. I realize, of course, that it’s no shame to be poor. But it’s no great honor either! So, what would have been so terrible if I had a small fortune?” Tevye could have added: “Ok, so if you didn’t bless me with wealth, why didn’t you at least give me yichus?”

Literally, yichus means lineage, distinguished birth, pedigree. But it means much more in Yiddish culture, as a proud Yiddishe grandmother exclaiming at the wedding of her grandchild: “oy! You should see how handsome is the choson of my einekel (the groom of my granddaughter)! And yichus—gevald, such yichus; don’t ask…”

Or when someone proposes a shidduch (match), and the question is asked: “And what about her yichus?”… “Is she tall?” to which the matchmaker replies: “She has money.” “Is she beautiful?” “She has yichus.”

You get the idea.

Yichus is that intangible which many people value for no other reason than image, often used to evaluate the merit of a potential matrimonial candidate. Yet, on a serious note, yichus also demonstrates “good blood,” cherished genes.

But what exactly is this yichus thing. On one hand, the Torah values yichus. At the same time, the controversy remains how much significance should yichus bear when we live in a world where some of the most unrefined people have great yichus and some the most refined people may not have the greatest yichus. After all, even Abraham was not blessed with great yichus.

This week’s Torah portion can help us unravel the yichus dilemma.

The great Torah commentator Rashi explains why the verse emphasizes the lineage of Pinchas in the opening of this week’s portion:

“Because the tribes would humiliate Pinchas by saying that he stems (on his mother’s side) from an idol worshiper and he murdered a Jewish leader. The verse therefore comes to establish his yichus (on his father’s side) to Aaron the High Priest, brother of Moses.”

However this Rashi requires explanation. Is yichus a game of “eenie meenie mini moe”—randomly choosing the positive pedigree? Either or: If Pinchas’ lineage stemmed from an idol worshipper (as the tribes argued), how does it help us to emphasize that Pinchas also had good genes?

Rashi teaches us the dual nature of yichus. As one humble grandson of a great Rebbe once told me, in response to my asking him why he doesn’t live up to his great yichus:

“I heard from my father that yichus is like a bunch of zeroes.  If they follow a number then each 0 multiplies the number by ten. If no number precedes them, a bunch of 0’s add up to one big zero.”

In other words yichus does not compensate for one’s deficiencies. Great yichus without one’s own virtues and efforts can be quite empty.

True, that good lineage can often “carry” or “redeem” a person in difficult situations – hence the concept of “zechut avot,” the merit of our ancestors, which is never eradicated – yet, that merit is a blessing from above. We on our part cannot simply depend on yichus; we must do our part in living up to our lineage.

Like Pinchas, each of us has two sides. We have great lineage traced directly to our ancestors, Abraham, Isaac and Jacob, Sarah, Rebecca, Rachel and Leah.  Yet, we also have other “blood.” It is our choice to determine which one will control our lives; what direction our actions will take.

Free will remains the unwavering foundation of life. Nothing—neither good nor bad pedigree—impedes our free choice. True, yichus can help a person, just as other personality traits may create more conducive conditions; but we all have our strengths and our challenges to overcome.

After all, a person may have excellent yichus, even have grown up in a home that provided a strong education, yet still make terrible choices that hardly reflect his yichus. Conversely there are those that have reached great spiritual heights through their efforts, without any obvious and immediate positive pedigree.

So though it was true, as the tribes claimed, that Pinchas descended from an idol worshipper, yet through his selfless and courageous actions in taking the initiative, Pinchas earned his right to be identified with his distinguished grandfather Aaron the High Priest.

The mistake of the tribes was the sin of elitism: They felt that lineage alone determines one’s destiny. Pinchas, originating from a pagan was doomed to an inferior position, regardless of his behavior; Zimri, leader of the Tribe of Shimeon, was blessed with leadership, regardless of his disgusting actions.

The Torah tells us that it does not work that way. Take the great Moses: Notwithstanding their great pedigree, it was not Moses’ children but Joshua who succeeded him.

Which really brings us to the topic of elitism. The debate continues to rage whether all people are actually equal, or are some more equal than others. The argument goes that the “masses are…,” most people are followers, interested primarily in their own survival and pleasures, and are in need of the few gifted individuals that are blessed with the vision and wisdom of leadership (“yodei makirei” in the language of Tanya).

Even America, which cherishes the freedom of the individual and declares, “all men are created equal,” established the Electoral College, feeling that individuals would be too partisan and limited to directly elect the President. Instead, Electors, who are the most knowledgeable and informed individuals from each State, represent the general population and they select the president based solely on merit and without regard to State of origin or political party.

Throughout history this debate has manifested itself in many shapes and forms.

In the 60’s there was a debate amongst two enlightened individuals, whether a certain substance that induced a psychedelic state should be distributed to the masses or is it just for the elite, who will appreciate and not abuse it.

Monarchs and clergy through the centuries claimed that they were blessed with being chosen by G-d to lead—that they were more equal than others.

Even Maimonides wonders (introduction to the Mishne) what is the role of the masses who pursue their personal comforts and pleasures instead of an enlightened life of wisdom and virtue—the purpose for which man was created, but remains the path of the few. Maimonides goes on to explain that the role of the masses is to repair and civilize the world and thus serve the few enlightened people of wisdom and virtue, and to also serve as their company so the world not be desolate. Yet, clearly this is not the end of the discussion, especially taking into consideration that every human being has a Divine calling in the world.

Some argue that this was also the dispute (l’havdil) between the Chassidim and the Misnagdim back when Chassidus was first introduced by the Baal Shem Tov. The non-Chassidic leaders felt that mysticism was to be studied only by the elite few. Whereas the Chassidic masters felt that it is relevant and should be taught to the masses, to all people.

This debate around elitism has never been completely resolved. This week’s Pinchas story can help resolve the question by illuminating for us the delicate balance between the sanctity of the individual, the recognition of the limitations of the masses and the necessity for responsible leadership.

The first thing we must know is that every person was created in the Divine image, and thus has a unique and indispensable role to play. Even if one is not the “enlightened type,” his or her Divine contribution can manifest itself in other ways. All people are expected to live up to their destiny—to the utmost of their ability and opportunity—to live a life of wisdom and virtue.

In addition, each of us has been blessed with a powerful heritage and excellent pedigree. [Even if one cannot trace a lineage to special ancestors, Maimonides writes to Ovadiah the Ger, that his lineage goes directly to G-d, far superior to a lineage that stems from human beings, even great ones].

At the same time, we also face the challenges of survival, and the inclination to protect our own immediate interests—laced with narcissism and self-preservation, with the temptation to overlook our higher calling.

Indeed, the paradox is apparent in the following verse in Jeremiah regarding the Messianic age:

“I shall put my teaching in their inward parts and write it in their heart…They shall no longer teach one another… saying ‘know G-d,’ for they shall all know Me—from the least of them to the greatest of them” (Jeremiah 31:32-33).

If  “they shall no longer teach one another… for they shall all know me” why does the verse say that there will be a distinction between “the least of them” (“ketanom”) and the “greatest of them” (“gedolom”)? Because diversity will remain, there will be both young and old, smaller and greater, yet each will know Me; G-d’s Essence will permeate each according to his/her level.

We see here both elements: Equality yet distinction.

Given, that we are not yet in Messianic times and we still are challenged by our own narcissism, hence, a greater need for leadership today. However, individual responsibility—and human diversity—is still part of pour present reality.

So, despite the dual forces tugging at us in two opposite directions, the most important message of all is this:

The choice is yours.

Add to this the motivation behind having a DNA test to derive one’s lineage, place of origin, and corresponding relationships. Potentially another narcissistic element to add to the mix, for some. Can also become criteria for matchmaking and so on.