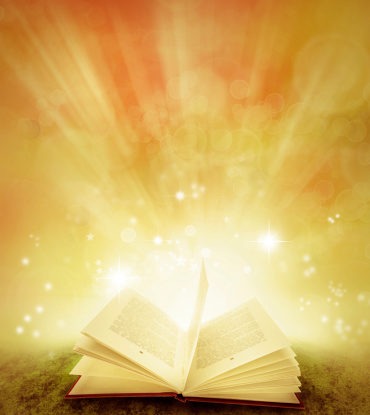 I’ve never regretted my labors. The meanings of the prayers strike deep, and I enjoy the language of prayer in my communication with G-d. Whatever difficulties with language and meaning I encounter are joyfully accepted.

But there are times when I get so caught up with the sound and rhythm of the words as I form them in my mouth and then hear them with my ears that they simply come and go, like a flowing stream, taking on a life of their own.

When this happens, I become so enchanted by the texture and form of the words themselves, the tempo and cadence of the sentences, that the very act of davening, the process itself, becomes its own meaning and fulfillment. I become carried by prayer, rather than being the doer of it.

There is the look of the words. The shape of the Hebrew letters themselves. The dance of black and white on the page. The delight of having these strange lines (and the figures they form) take on sound. The surprise when all at once four or five of these shapes group together to make a word with length, depth and dimension. And then, suddenly, a batch of words will link up to become a phrase, a group of notes in a delightful piece of music. My greatest delight is when a beat or pulse emerges as the phrases join and reveal a rhythmic poem made from a series of what by now have become meaningless sounds—sounds that, because of their lack of meaning, come from a place in me beyond the place that looks for meaning in words.

My favorite is the emerging cadence. Each time it is the same. I open my siddur and begin reading. At first, the words are strange and my mouth has difficulty forming the sounds. My lips and throat resist the shift from English to Hebrew and the words flow haltingly and with effort. The lines and forms lie disconnected on the page, struggling to attach to one another to reveal the shape that is theirs. The rhythms are now concealed; I hear none of the beauty that I know will soon emerge.

I have a sense of anticipation and slight frustration struggling for the pleasure that will shortly be mine. Then, slowly, finally, it begins. Attracted like magnets, the lines become drawn to each other so that—sometimes touching, sometimes not—one becomes attached to the other, forming letters, words, and eventually sounds that now flow more easily from my mouth.

Soon the words comfortably emerge, faster than I can control, urged and spurred by the familiarity and habit of days and months and years of repetition. Faster and faster they come, my eyes now barely able to separate one word from the other, as the words come more from memory than sight.

And all the while, the physical transformation is mirrored by a deeper, inner transformation. My mind quiets, becoming absorbed and enveloped by the flow of the prayers, rising above its limited state, leaving a bit of the world behind.

What fills my thoughts? A million things. But I attach to none of them. They come. They go. But don’t prevail. My awareness remains with the sounds and the rhythms and the sights. And with my feelings.

There are times, but not always, that very deep feelings rise, unexpected. They sometimes overcome me during this flight of prayer. There occurs, usually, an opening of my heart. A fullness in my chest. And then, a deep sense of companionship.

In the best of days, when I have abandoned myself to what is for me the very tactile, sensuous experience of prayer; when I have relinquished all resistance to the flow and rhythm of the sounds; when my eyes and mouth and lips seem to function completely on their own; when the flow of thoughts and feelings rise and fall spontaneously without attachment or resistance, I find that a strange thing occurs.

Rabbi Schneur Zalman was obviously not opposed to freedom from material oppression.