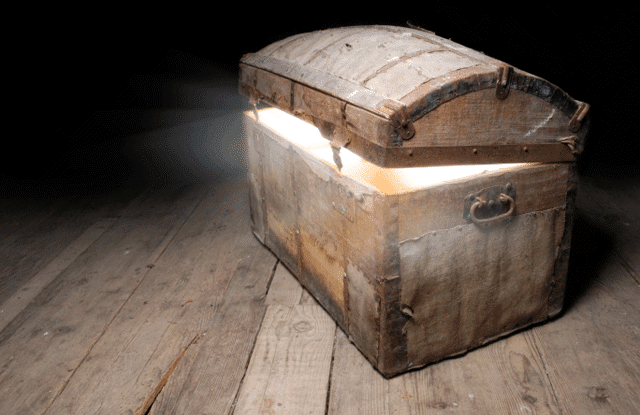 There was famine in all the lands… the hunger spread over the entire area…all countries came to Egypt to Joseph to buy grain; because the famine was so severe in all the earth

Jacob saw that there was grain in Egypt. And Jacob said to his sons: ‘Why should you display yourselves?’ Why are you showing off before the children of Ishmael and the children of Esau and giving the impression that you are sated, for at that time they still had food (Rashi). I have heard that there are provisions in Egypt, descend there and buy food. Let us live and not die

And so the war continues. Caves in Afghanistan are being bombed. Suicide bombers continue their unholy work in the streets of Israel. Anthrax in America still remains a mystery. A chilling videotape just released captures the incomprehensible demonic faith of these religious fanatics, how truly foreign they are from us and the difficulty we face without any frame of reference.

As much as we try – some more successful than others – to return to our normal lives, the shadow of the unknown hangs over us. Will there be another terrorist attack G-d forbid? What will happen when America goes into the next stage of this war? Will Iraq be next? How will the Muslim world react to America as the war escalates? The questions go on and on. If you’re a thinking person, and who can afford not to be one today, you are aware now more than ever before in your life that what we don’t know far outweighs what we do know.

Hence, a profound uncertainty that has to haunt every investment, every move, every choice that we and people around us make.

I have not found better recourse today than to turn to the Bible. For the last 14 weeks since September 11, I have been writing a running commentary paralleling the events of our times with their Biblical roots. The uncanny relevance of the weekly Torah chapters with current events is consistently amazing.

So back we go to the videotape. Back we go to the unfolding saga in these weekly Torah portions that outline for us in graphic detail the seeds of today’s events and what we can do about them in our personal and political lives.

Where is the story holding in this week’s Torah portion?

There is no peace in the world. Jacob and Esau have parted ways because they cannot yet live in peace (see previous article, The Big Confrontation). There is no peace at home. Jacob’s family is torn apart by his sons selling their brother Joseph into slavery.

G-dliness is hidden in the world and is restlessly awaiting to be revealed. The world is therefore trembling. The G-dliness that Abraham began revealing into the universe is slowly taking hold, but Jacob is right in recognizing that much work still needs to be done in refining the world and making it a comfortable home for G-d. Meanwhile Jacob suffers as his family is torn asunder with Joseph’s disappearance. Microcosm/macrocosm: The battle without is reflected in the battle within. We must first refine and reconcile the warring factions within our family and our psyche, before we can begin to do so in the world around us (see last week’s article).

But therein lies also the remedy and cure. In the strangest of ways, the selling of Joseph begins the healing and refinement process.

After Joseph is sold into slavery by his brothers, he ends up in prison in Egypt (last week’s portion). This week’s portion begins: “At the end of two years, Pharaoh dreams.” These dreams free Joseph from prison as he is summoned to interpret them. He interprets them as foretelling the great 7 year famine that would follow 7 years of plenty, and he suggests that Egypt hoard food during the first 7 years that would serve them during the upcoming famine. Pharaoh in turn appoints him viceroy of Egypt, second in command only to Pharaoh. Joseph heads the effort of gathering all the grain during the plentiful years, which allows Egypt to subsequently become the dominant superpower as the surrounding countries become dependent on Egypt for their sustenance, and they expend all their money and valuables in the purchase of food during the famine.

What is the story behind all this?

Joseph son of Jacob is the one who begins the work of refining the material world, the birur of Esau. [This explains why upon Joseph’s birth Jacob is ready to return and encounter Esau (Genesis 30:25 and Rashi), because Joseph has the power to begin Esau’s refinement]. In Kabbalistic and Chassidic terminology: Jacob’s power in the Divine world of Atzilut (world of unity) is carried by Joseph into the lower divisive worlds of Beriah, Yetzirah, Asiyah.

And this work begins in Egypt, with Joseph’s ascent to power and leadership.

To better understand this, let us return to Abraham, great grandfather of Joseph. You may recall (and if you don’t please see previous article Abraham’s Vision) Abraham’s vision about the events to come. Abraham was told that his “descendants will be foreigners in a land that is not theirs for 400 years” and they will ultimately leave “with great wealth.” He is shown the future great empires that would control and terrorize the world, each in their own way: the Babylonian, Persian, Greek, Roman and Ishmaelite empires.

These empires represent the different stages of refinement (birur) that we achieve throughout the generations. Everything in our material existence contains Divine ‘sparks,’ i.e. spiritual energy, and we are charged with the mission to redeem and elevate these sparks, and thereby refine the material universe and transform it into its true purpose: a vehicle for spiritual expression.

Beginning with the enslavement by the Egyptian empire – the archetype and root (‘head’) of all the exiles and empires – each subsequent empire symbolizes another stage of refinement in integrating G-dliness into the material world. The process concludes with the refinement of the last two powers, Edom (Esau) and Ishmael, which leads to the Messianic age – a world where there is no more destruction and terror and all children of Abraham serve the One G-d of Abraham in peace and harmony.

With Joseph’s descent into Egypt Abraham’s vision begins to be realized. Joseph’s work of gathering and selling grain – the most valuable commodity of its time – represents the work of refining Egypt and the world at the time, by gathering all the wealth and elevating it. This prepares the ground for the next generation of Abraham’s descendants to do their hard labor under Egyptian enslavement of actually refining the land and leaving with great wealth – taking with them all the wealth that Joseph accumulated during his tenure as leader and more.

202 divine sparks were refined and elevated during the Egyptian bondage. As the archetype of all exiles to come, this 202 refinement process empowers all generations to come to endure, prevail and elevate their respective sparks in their respective time, under each of the world empires to come.

Because the stakes are so high and the work so difficult, much preparation is necessary to launch the effort of reconciling G-d and the material universe – integrating matter and spirit, Esau and Jacob – the work begins internally in Jacob’s home and family.

Jacob and Esau embody the war between two nations, two global forces that would be in a perpetual conflict. Jacob realizes this and understands the need to do the work slowly, at the right pace.

Everything that happened to Jacob happened to [his son] Joseph. Just as his father Jacob had to build his family in corrupt Charan by Laban before he was ready to encounter his brother Esau, so too Joseph built his family in Egypt before encountering his brothers who sold him into slavery.

In order to facilitate the refinement of the Divine sparks within Edom (Esau), and to start the reconciliation process between earth and heaven, matter and spirit, Jacob does his work as a shepherd in Charan and builds his family there. Then he is ready to face Esau.

But even after he reconciles with Esau, the work just begins. Joseph is the one that begins the real work. He is sold into slavery, and the rift between him and his brothers must be repaired.

This is the inside story of Joseph and his brother in these weeks Torah portions.

The refinement process begins with Joseph’s work in Egypt. Abraham’s vision is beginning to be fulfilled — his children would be enslaved in a foreign land not theirs. But no one expected that it would happen this way — brothers selling their own flesh and blood. Yet, when you think about it, it couldn’t have happened any other way. As discussed in last week’s article, problems in the world reflect problems at home and vice versa. Just as the repair has to come from within the family so to does the fracture. Had the brothers not sold Joseph he would never have ended up in Egypt. Had he not ended up in Egypt, Jacob and his family would not have been saved from the great famine. Had they not gone down to Egypt the Jewish nation would not have been born, the Torah not given, etc.

So the selling of Joseph, as reprehensible as it was, is actually the beginning of salvation and redemption. The brothers sincere intention was to rid the world of a mutiny that would fracture and destroy the world; they considered Joseph’s usurp as a challenge against the very essence of transforming the world into a G-dly home (see last week’s essay). Though their timing was off and Joseph needed to become leader before Judah would, they ultimately achieved the goal, albeit in the most painful way: By selling Joseph he ends up becoming not only a leader over them but a leader of the world. And he is in the position to influence and elevate the world.

Joseph’s leadership sets the tone and gives direction for the work to come in refining the wealth of sparks in Egypt, and is empowers the next generation to endure and ultimately refine the land of Egypt, and then leave with great wealth as promised to Abraham.

This in turn imbues the generations to come with the fortitude they would need to grow through their trials and tribulations.

No peace at home. No peace in the world. Treasures abound beneath the surface.

Today, after all the thousands of years of work in refining the world, this final confrontation between Ishmael and Esau will free the treasures stored for the last 2000 years in Rome, descendant of Esau, which originated with Joseph 3533 years ago when he came to power in Egypt and began accumulating the wealth of divine sparks, the wealth that the Jewish people left with during their Exodus from Egypt.

Today we will reap the fruit of all the hard years of work, as the prophet Micha says, “as in the days when you left Egypt, I will show you wonders.” Wonders and great treasures held secure and protected for the day when we are worthy of receiving them.

We must ask ourselves today: Are we doing all we can to earn these treasures back?