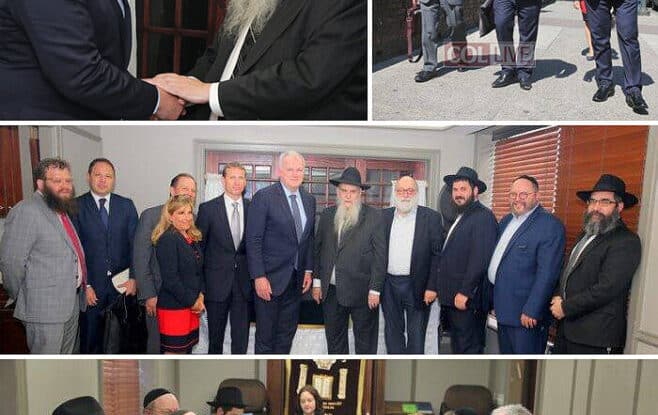 Rabbi Simon Jacobson and Rabbi Velvel Farkash of the Meaningful Life Center were present as well. Rabbi Jacobson, author of the bestselling book about the Rebbe’s teachings, spoke about the Rebbe’s life and continuous impact.

Ambassador Szabo spoke of the many accomplishments of Hungarian Jews in all sectors, including sports, medicine, science, and arts.

He thanked Chabad leaders for the impact that Chabad Shluchim in Hungary, led by Rabbi Boruch Oberlander, have made on Jewish regrowth in the region.

The Hungarian contingent discussed the realities of the Jewish communities in Hungary and pledged the government’s continued support for Jewish life in Hungary and staunch friendship with Israel.

As reported on COLlive.com, the Hungarian government has recently pledged $1,692,530 to fight anti-Semitism in Europe through the Action and Protection Foundation (APF) founded by Chabad Rabbi Shlomo Koves.