This article was originally published on Jewish News

A spiritually enriching celebration at the majestic Callanwolde Fine Arts Center Sept. 9 was the perfect night for dinner, mazel tovs, and personal reflections. Leading to featured speaker Simon Jacobson’s address “Being a Jew in the 21st Century,” both Rabbis Eliyahu Schusterman and Ari Sollish set the stage, along with students who have thrived with Intown Chabad’s Intown Jewish Academy classes, which began 13 years ago.

Ed Zinn spoke during the program about how the original Kabbalah & Coffee series and subsequent podcasts connected him to Rabbi Sollish. He said, “I so much looked forward to his talks, that I was hooked like on a Netflix series, … but I want to know how a religious Jew from Pittsburgh knows so many jokes and … ummm modern cultural references?”

Sandrine Simmons found her place in the Women’s Rosh Hodesh group, Jews and Food, and various bootcamps. “Finding IJA was like finding a hidden treasure,” she said.

Earlier in the reception, Ann Rosenthal expressed that she enjoyed a variety of IJA classes “because they are grounded in Torah, well thought out with a wide range of topics, in a very accepting place.”

Barbara Rubin said that she enjoyed the Social Justice and Prayer classes with Rabbi Sollish.

Emory Chaplain Sholom Estrin, escorted by wife Elie, director of the Intown Jewish Preschool, knew Rabbi Sollish growing up in Pittsburgh. He recalled, “Ari’s grandfather was his tour-de-force role model, as an old time behind-the-scenes rabbi, shochet and scribe. Ari was the young man whom we all wanted to emulate.”

Rabbi Sollish started with a shofar blast in light of the upcoming season and reminded the crowd that a bar mitzvah was not a holiday, but when real life begins. “At 13, this is what life is all about when the hard work begins, … transforming and making the world a better place, … but you ain’t seen nothing yet. You will see more inspiration, more classes, more teachers, and website improvements.”

Sollish’s podcasts are heard round the world by 45,000 listeners, offering hope and connection from as far as Saudi Arabia.

Rabbi Schusterman expressed pride in the impact IJA has made by offering a “L’Chaim.” “We believe that everyone is important. … We are founded on two pillars: Torah and mitzvot. Thirteen years ago we made a good choice by bringing in Rabbi Sollish. Look at our amazing growth through life stages: … the bris, Torah and next, the chuppah.” Both rabbis thanked their wives for their important roles and support.

Introducing Rabbi Jacobson was Rabbi Sollish, who studied as a young man with the older rabbi in Crown Heights and incorporated some of his teaching style in making Judaism relevant and “bringing it down to basics.”

Jacobson described his own journey as a young man with a successful book, “Toward a Meaningful Life,” where he was addressing audiences in 96 cities at places such as Barnes & Noble. “I knew that my red carpet might one day turn into a pumpkin, … and that my audiences were secular, not exactly captive.” One female fan told him, “Your book was so relevant that I expected you to be tall, suave, and thin.” (She was shocked by his traditional garb.) 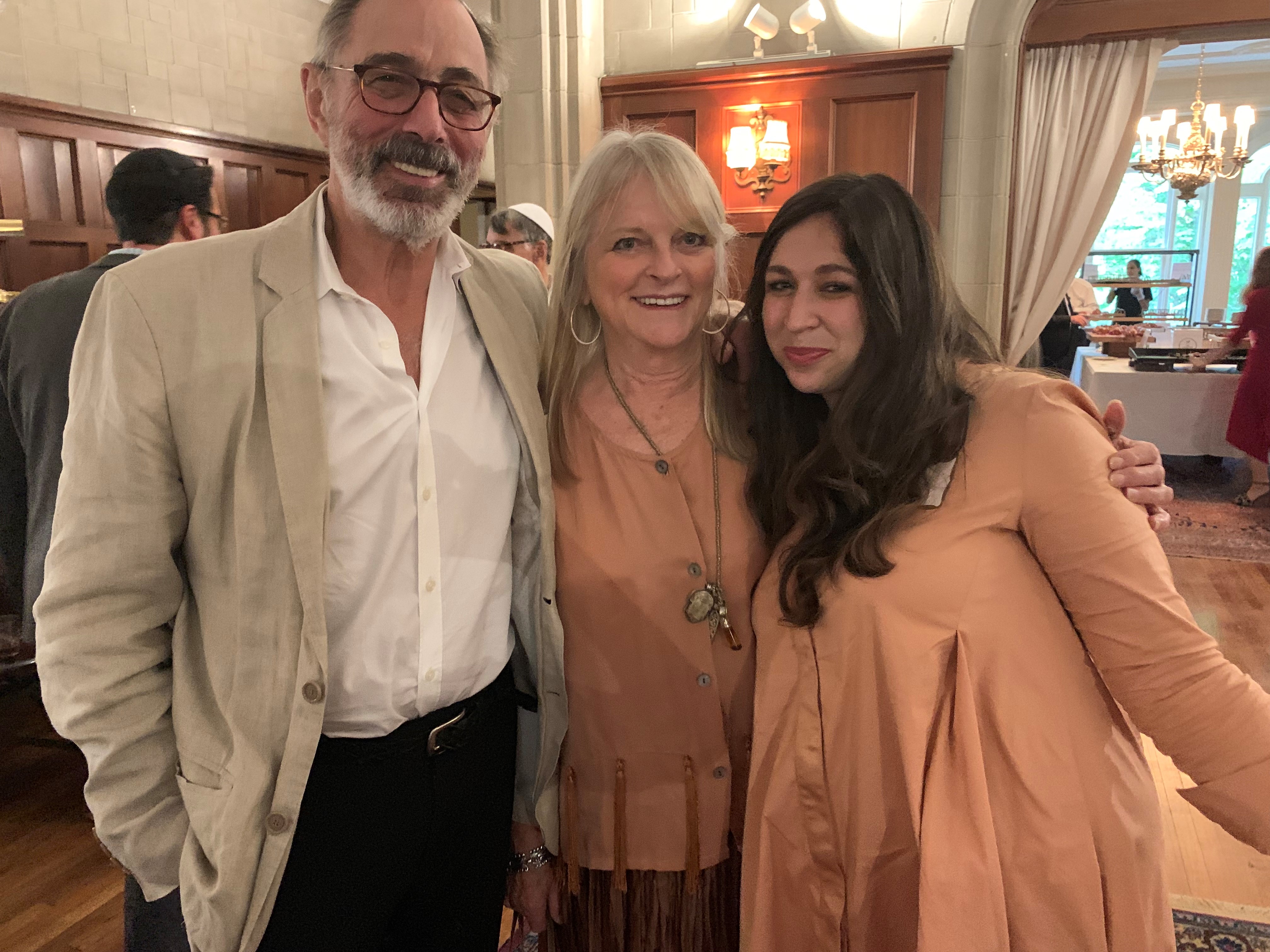 From this, Jacobson explained how he could best communicate by removing stereotypes. “Language can connect and divide.” He recalled relating to more liberal groups such as the pop group Jay and the Americans by substituting words: “Torah” became a “blueprint” or “roadmap,” and G-d was known as the “Divine Essence,” thus, not being trapped in religious sense of a judgmental G-d on a throne or an old-fashioned Hebrew school-teacher stereotype.”

He also spoke of the importance of understanding the past and why 80 percent of Jews today are not observant. Considering the extremes of the right and left, the audience was surprised to hear about an old Pittsburgh platform in which liberal Jews wanted to move Shabbat from Saturday to Sunday. (It didn’t fly.) Or the right-winger that claimed that the internet was “evil.” He summed it up, saying, “G-d doesn’t send a problem before he sends a solution.” Technology now is a gift for teaching, he said.

“We are pioneering a spiritual revolution. We are taking a leadership role, not a defensive role, and thriving! ‘Ani Ma’amin,’ Jews sing, ‘I have faith’ even in the worst of times!”