The Kabbalah of the Big Bang

Does the Big Bang Theory — the prevailing cosmological model for the creation of the universe from a singularity to an ever expanding universe — have its roots in religious and mystical teachings? Or, as some have argued, has it deemed the notion of a Creator superfluous?

Science hasn’t even touched upon the personal and emotional implications of the Big Bang and the fascinating parallels between cosmology, psychology and spirituality.

Please join Rabbi Jacobson in this 18 Elul workshop — honoring the birthday of the two great mystics, the Baal Shem Tov and the Alter Rebbe — and discover the fascinating mystical origins of Big Bang Theory. Find out how Carl Sagan couldn’t have been more wrong when he wrote that the Big Bang Theory renders “a universe with no edge in space, no beginning or end in time, and nothing for a Creator to do.”

Explore an intriguing theory, that by probing the Kabbalistic cosmology of creation — as elucidated by the mystics born today — we can uncover new and vital elements in understanding Big Bang Theory and perhaps resolve some of its continuing puzzles and problems. Above all, learn the personal and psychological applications of these ideas, and how they call come together in one holistic unified system, a universal DNA integrating the macro-cosmic and microcosmic, from the cosmos to the sub-atomic.

Read more about how Kabbalah is the bridge between scientific knowledge and spirituality. 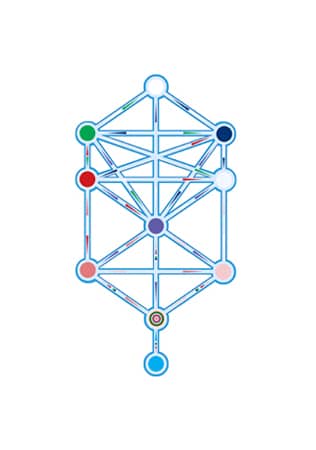 ok but I still don’t understand

Great explanation of how everything came into being that doesn’t contradict science!

Allah/God the Big Bang and Evolution
Modern Big Bang Theory: “Beginning of the creation a part of the power of the Allah/God became divisible as a result of the big bang”. At the time of the beginning of the creation or from the absolute zero of time or from the big black hole or from the Nature or From the God, part of the power of the Nature/God/Allah became divisible as a result of the big bang. The part of energy had been divided in the beginning of creation from the large field of energy, which is below 50% of total energy. In the most of natural power reserved in Allah or Nature or big black hole or the God from which, the world of gravitation become influenced.
Modern Evolution Theory: “Everything of the world of matter is the result of evolution from the Allah/God” i.e. everything at all always is changing in the universe. The changing function of everything in the universe is going on always i.e. everything of the real world is always evolving changing and by overcoming the steps of change come various faced physics.

IMA if god made the universe in like wht? 7 days? what bout the dinosaurs? and all the fossils?

Genesis 1:1 God created everything. it is this science falsely so called(1st Timothy 6:20) who try to disproved the word of God. we will see in God’s second coming.

Ok but nt what i wanted

I will put my faith in the Lord before science any day!

i do the space things

I understand, you just put it all into perspective for me. to think a simple person could have such a open mind to how or who we are, knowing that everything we go through, and how to deal with energy creates an effect of yesterday to today and for tomorrow.. thanks

i dont understand. please, is this really true?

its not a compelx as you think

how about the key stages of the big bang model? and the formation of light elements???

how about the key stages of the big bang model? and the formation of light elements???

Wow I donot belive that

To the extent that I am able I understand your presentation and am in awe of a God, a divine initiator who places into nothingness (which we call space) a concentrated energy (an egg which contains all the messages, laws, directions, blue prints needed) which suddenly expands, fragments into the universe which keeps uniting, fragmenting, expanding, etc. Today we look at the universe as fragments that was once one whole, when actually it is still one whole of which all existence including us are a part. The issue is, is all the universe seeking to reunite and if so, can each of us as part of the universe help in that process with every act of kindness, caring, compassion? You say we live in a fragmented world with more and more of us wanting to reconnect, to repair to be united not only within ourselves but with each other. This then is the way to reunite with the “hidden” initiator of it all. Personal salvation seems then to pale, to fall way short of the goal of wholeness and unity called for by such creation. Question, what are the 10 energies in one container?

How Much Power Do We Have to Refine the Atmosphere Around Us?

What the Stars Say About YOU: Aquarius