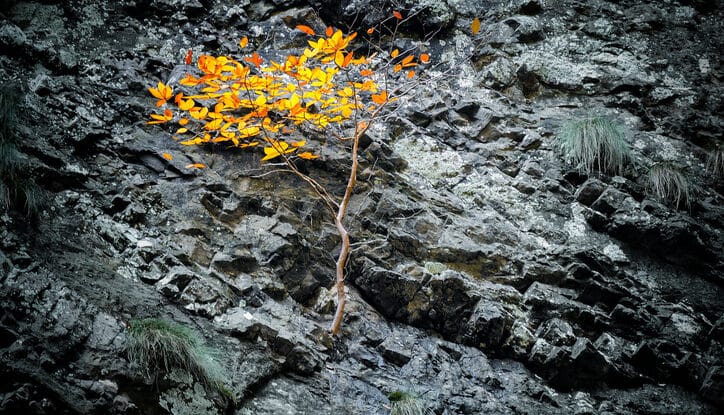 I Am with you in your present distress, and I shall be with you in future exiles and persecutions
Rashi on verse[1]

When G-d appeared to Moses in the burning bush and charged him with the mission to take the people of Israel out of Egypt, Moses said to the Almighty:

“Behold, I will come to the children of Israel and say to them, ‘The G-d of your fathers has sent me to you,’ and they will say, ‘What is his name?’ What shall I say to them?”[2]

To name something is to describe and define it. So G-d, who is infinite and undefinable, cannot be named. Indeed, G-d has no name, only names—descriptions of the various behavior patterns that can be ascribed to His influence on our lives. In the words of the Midrash, “G-d said to Moses: ‘You want to know My name? I am called by My deeds. I might be called E‑l Sha‑dai, or Tzevakot, or Elokim, or Ha‑Va‑Ya‑H. When I judge My creatures, I am called Elokim. When I wage war on the wicked, I am called Tzevakot. When I tolerate the sins of man, I am called E‑l Sha‑dai. When I have compassion on My world, I am called Ha‑Va‑Ya‑H…’ ”[4]

Therein lies the deeper significance of the question that Moses anticipated from the children of Israel. “What is His name?” they were sure to ask. “What type of behavior are we seeing on the part of G-d in these times? You say that G-d has ‘seen the suffering of His people in Egypt,’ has ‘heard their cries,’ and ‘knows their pain,’ and has therefore sent you to redeem us.[5] Where was He until now? Where was He for the eighty-six years that we are languishing under the slave-driver’s whip, that babies are being torn from their mothers’ arms and cast into the Nile, that Pharaoh is bathing in the blood of Jewish children? What name is He now assuming, after eighty-six years in which He has apparently been ‘nameless’ and aloof from our lives?”

G-dly, But Not Holy

This is why there is some question as to whether the name “Eh‑he‑yeh” should be counted among the “seven holy names of G-d.” Torah law forbids erasing or defacing G-d’s name, the very ink and paper (or other medium) having assumed a holiness by virtue of its representation of something that relates to the divine.[6] While there are many “names” and “adjectives” that describe G-d’s myriadly-faceted involvement with His creation, there are seven primary divine names to which the strictest provisions of this law apply. Yet despite the fact that Eh‑he‑yeh is considered the loftiest of divine names,[7] it is not included in certain versions of the seven-name list as it appears in the Talmud and the halachic authorities; indeed, the final halachic conclusion is that it is not one of the seven holy names.[8]

The reason for this paradox is best understood by understanding the meaning of the term “holiness.” What makes something “holy”? Holy (kadosh in the Hebrew) means “transcendent” and “apart.” G-d is holy, for He transcends our earthly reality; Shabbat is a holy day, for it is a day of withdrawal from the mundanity of the everyday; a Torah scroll or a pair of tefillin are holy because these are objects that have visibly transcended their material state to serve a G-dly end.

The same applies to the seven holy divine names: each describes a divine activity that goes beyond the mundane norm, a divine intervention in reality—G-d as ruler, G-d as judge, G-d as provider, G-d as savior, etc. Eh-he-yeh, on the other hand, is G-d as being—G-d as the essence of reality.[9]So Eh-he-yeh is beyond “holiness”: if holiness is a feature of G-d’s transcendence, the beingness of G-d transcends holiness itself, describing a dimension of divine reality that pervades every existence even as it transcends it, and thus relates equally to them all, “holy” and “mundane” alike.

[Nevertheless, Eh‑he‑yeh is a name—that is, an assumed “behavior pattern”—of G-d’s. The very phenomenon of “existence” is part and parcel of G-d’s creation, and G-d certainly cannot defined by something He created. Utimately, the G-d can be described as a “being” or “existence” only in the sense that we speak of Him as a “provider” or “ruler”: these are mere “names,” describing not His essence but a certain perception He allows us to have of Him by affecting our reality in a certain manner.]

This was G-d’s answer to the people’s outcry, “What is His name?!”

Tell the children of Israel, said G-d to Moses, that My name is Eh‑he‑yeh. Where was I all these years? With you. I am being, I am existence, I am reality. I am in the groan of a beaten slave, in the wail of a bereaved mother, in the spilled blood of a murdered child. Certain things must be, no matter how painful and incomprehensible to your human selves, in order that great things, infinitely great and blissful things, should be. But I do not orchestrate these things from some distant heaven, “holy” and removed from your existential pain. I am there with you, suffering with you, praying for redemption together with you.[10]

If you cannot see Me it is not for My ethereality, it is because I am so real.

[6]. This is why the word “G-d” and other divine names are written with a hyphen breaking up the letters and/or substituting a letter, or some other alteration (e.g. substituting a “k” for an “h” in Elokim or Tzevakot). Were a divine name to be spelled precisely, anyone destroying or disposing of the page on which it is printed would be violating a severe halachic prohibition.

[10]. “G-d revealed Himself to Moses in a thornbush, and not some other tree, to emphasize that He is together with [Israel] in their affliction”—Rashi, Exodus 3:2. “Why from a thornbush? To teach us that there is no place devoid of the divine presence”—Midrash Rabbah, Shemot 2:9.

I enjoyed this page much so..
It gave me the info I was looking for.
Ds