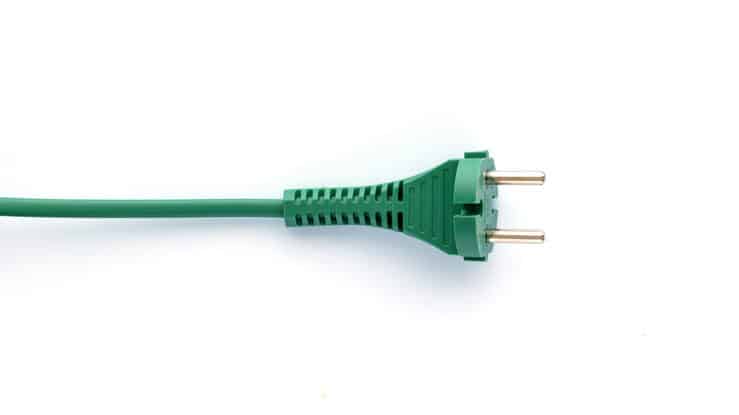 As the Hebrew year unwinds and we prepare for the New Year, this is a good opportunity to unload some baggage and make room for new possibilities.

So here is a selection of my informal accounting for the past week (I will spare you the more personal iniquities). I apologize for the randomness of this list; such is the nature of the “unloading” process.

Ok, I finally succumbed to the pressure of friends and colleagues to use a Blackberry (if you don’t know what that is, feel blessed). “You gotta try it once, and you’ll be addicted;” “You can do EVERYTHING with it;” “It has saved my life so many times;” “Always in touch” – are just some of the milder accolades I have heard from otherwise intelligent acquaintances.

“I can wait to read my e-mails when I get to my computer,” I protested. “My addiction to the desktop is bad enough; I don’t need it intruding every other minute of my day,” was my feeble-sounding response to all my aggressive and progressive compatriots. I also resented the rudeness of sitting with someone at a meeting, who more than half the time is glancing at and clicking his mobile. When I would complain, I was told, “hey, don’t you know how to multitask? Can’t you chew gum while driving?” I wasn’t sure whether I was being compared to “driving” or to “chewing gum.”

My resistance was broken when I traveled this week to Frankfurt, and a colleague delivered to my door a fully loaded, ready-to-go, Blackberry (the impressive sounding “World Edition” no less, in case you were wondering), so that “we can stay in touch with you on your trip.”

Ok, I said to myself, I’ll check out the new gadget on the plane. First things first – we have to line up our priorities: I look for the games on the Blackberry menu. Sure enough – Brick Breaker appears on the screen. I play a game or two, get bored, and move on.

Was the Blackberry helpful on my trip? Yes, it was. I was able to quickly read and reply to various e-mails.

Conclusion: The handheld device is definitely a convenience, but hardly a necessity (at least for me). It can serve various functions – like getting even with the people using their devices while having a conversation with me. Or looking busy when you have no one to talk to in a room full of people. Or alleviating plain old boredom.

But overall, I’ll keep it around for times when I may need to respond quickly and am out of range of a desk or laptop.

Above all, I learned why these devices carry such an allure for our generation. That may be the best thing that came out of this experiment. I know have material to talk about Rosh Hashana and Yom Kippur – how we are all distracted by our new-found gadgets; how technology is making us feel connected, all the time, with all people, and all information – everything, everywhere, every moment – when at the same time, we feel ever more disconnected on a personal and psychological level; lessons we can learn from mobile devices, for example: by pressing a button in one corner of our lives we set in motion a series of events that reverberate around the world; how you can hold infinity in the palm of your handheld device.

Yes indeed, my friends, many sermons can be developed based on Blackberries, iPhones, Palms and our other mobile units.

Next on the agenda in the fast breaking news of the week is – roll the drums: the one and only Jewish Community Heroes campaign of the UJC/Jewish Federations of North America.

Some time last week, I receive a note from a friend who nominated me as a “hero,” and he suggests that I encourage all my friends to vote for me so that our organization, the Meaningful Life Center (MLC) can gain its deserved recognition and win the $25,000 award. “Why not?” I say to myself, and promptly have my staff post an invitation to all our Facebook friends, suggesting that they vote. Simple enough, or so I thought.

According to the UJC’s website, anyone can be nominated as a hero. They are “encouraging communities to nominate Heroes from all walks of life — the neighbor running non-profit bake sales, a teacher building a school for the underserved, the entrepreneur donating services to neighborhood development, the community organizer bringing people together.” This campaign is meant to celebrate “the selflessness and courage of those who put others before themselves. This is our community’s opportunity to shine a national spotlight on the unsung, whether their work impacts five people or 5,000. Over the next 3 months, anyone across North America can go online, submit nominees and vote for the real candidates they believe best embody the spirit of the award. We’ll honor five finalists this November at our General Assembly in Washington, D.C.  Of the five finalists, one will be named the Jewish Community Hero of the Year” and win a $25,000 award to be used for the organization represented.

As I am checking my e-mail on my… new Blackberry, I find that many of our friends are voting for me (very flattering), with a few detractors suggesting that this is not exactly the respectful thing to do (and they may be right, which is not very flattering). Some even suggested that this campaign will only create antipathy amongst the contestants (aka nominees). But then, relaxing in my hotel room in Frankfurt, I decide to check how the whole process is working, and I must admit that what I discovered was quite humorous.

For some reason, the UJC decided to allow anyone to vote as many times as they like, with the limit of once every 12 hours (maybe they figured that it would be too prohibitive to have each voter register once, which would also limit the publicity that this campaign would generate). So inevitably, of course, in the name of Jewish ingenuity, people vying for the prize are mobilizing their friends and anyone they can reach to vote as many times as possible to mount their numbers.

Some people have actually been nudging the MLC on a daily basis that we should join the fray. I kid you not when I tell you that someone has even offered to work full time to get us the highest numbers, in return for a 15% cut of the prize money!

Incredulous, no? But then he tells us that some nominees have turned this into a full time occupation… Oh, man, I feel like I’m in the twilight zone, and a nominee to boot.

Personally, I was not exactly going to instruct our staff to turn this campaign into a full time job of contacting all our thousands of friends on a daily basis and humiliating ourselves into asking them, to vote again and again. We have High Holiday services to prepare for, among our many other programs and events. Our plate is filled as it is – without entering into this mad campaign to win at all costs.

Then, someone whispers to us, that “insiders” have discovered that some Blackberries – back to the darn Blackberry – can vote again and again without waiting 12 hours. Just in case you want to know: No, we are not employing that method.

So, now this whole campaign is turning into somewhat of a farce, which may end blowing up in UJC’s face, as they discover that with every winner, they will make one person happy, but thousands unhappy. People will be clamoring for investigations how numbers were racked up. The UJC will get its publicity. The show will go on.

Frankly, I find it all quite cute and wish everyone only good luck.

This too is a study in human nature, and can teach us much about competition, money, and just plain obsessions. There you go – this is great fodder for those of you looking for more material (humorous or pathetic, you choose) for your High Holiday sermons.

And what about my trip to Frankfurt? Well, as you can see from the above, I don’t have much to report from this old German city. I anticipated awakening many strong Jewish feelings as I tread for the first time on German soil. Frankfurt in particular was home to one of the oldest Jewish communities, dating back to the 10th century. Many old Jewish books were published in Frankfurt am Main (their cover pages carry the acronym for this city: Frankfurt deh Main, the four Hebrew letters, feh, feh, dalet, mem). Early pogroms and the first Crusade ravaged the Jewish community in this city. Some of our great scholars and leaders lived in Frankfurt, including the Pnei Yehoshua (Reb Yaakov Yehoshua Falk), the Baal ha’Hafloah (Reb Yaakov Halevi Horowitz), Reb Nosson Adler, the Chasam Sofer (Reb Moshe Sofer).

But, nothing very eventful – apart from the event that I attended there – happened during my short visit to Frankfurt, Yes, I can elaborate on the elegance of my hotel room, with its German precision. But I’d rather not force it just now.

Suffice it to say, in King Solomon’s immortal words: “What has been will be again, and what has been done will be done again; and there is nothing new under the sun.”

Whether it’s your Blackberry or your flash drive, whether you are in Frankfurt or New York, Sydney or Moscow, Jerusalem or Athens, whether you are a nominated hero or not – as we enter the New Year we all have a choice:

To be part of the problem or part of the solution. To go the way of all flesh, or chart a new course. To be timid or to be bold. To be what others want or to be yourself.

Do not deceive yourself into thinking that by playing safe and not choosing you have not made a choice; no one remains neutral. Not making a choice is also a choice.

What will your choice be? What will mine be?

A good question to ponder upon as the year wanes to a close.