Redigging the Wells of Love 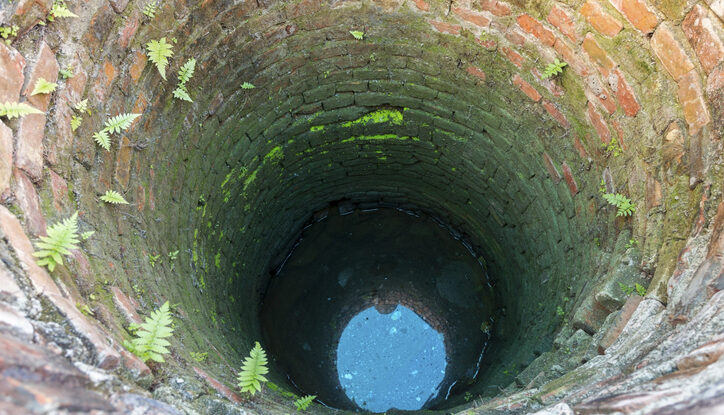 “And Isaac redug the wells of water dug in the days of Abraham his father… And he called them by the same names that his father had called them.”

Abraham, Isaac and Jacob are more than the forebears of the Jewish nation: they are the founding fathers of the Jewish soul. So we study their lives and analyze their every word and deed, for these are the foundations of our identity and the building blocks of our psyche and character.

In Abraham we see a fountainhead of Jewish generosity and social commitment. “I know him,” says G-d of the first Jew, “that he will command his children and his household after him, that they shall keep the way of G-d, to do charity and justice.”[1] Abraham, whose home and heart were open to every wayfarer, regardless of who he was and where he was coming from, offering food, drink, companionship and guidance.[2] Abraham, who challenged G-d’s decree of destruction on the evil city of Sodom.[3]  Abraham, who traversed the land bearing light and enlightenment to a dark and befuddled world.[4]

In Jacob we see a prototype of the Jew’s devotion to learning. “The voice is the voice of Jacob, and the hands are the hands of Esau”—Esau lives by the sword, while Jacob lives by the word.[5] For the first 77 years of his life, Jacob was “a dweller in the tents of study”[6]; his first act upon his arrival in Egypt—where he would live his final seventeen—was to establish a house of learning.[7] In Jacob we also find an archetype for the Jew’s epochal perseverance under conditions of exile and adversity: in a foreign Charan, in the employ of the deceitful Laban, he built his family and fortune; in an alien Egypt, he imparted a lasting legacy to the fledgling nation of Israel. If Abraham exemplifies love, Jacob epitomizes truth-the quest for truth, and the consistency and persistency of truth.

But who was Isaac? The longest lived of the Patriarchs, we are told the least about him. The Torah recounts the story of the Akeidah, the “Binding of Isaac,” but tells it as Abraham’s story, Abraham’s test. Then comes the long chapter describing the process of finding of a bride for Isaac; but it is Eliezer, Abraham’s servant, who is dispatched to Charan and who is the key figure in the drama of the choosing of Rebbeca, while Isaac’s whereabouts and activities at the time remain unknown.

What does Isaac do? Basically, he stays put. By divine command, he is the only one of the three Patriarchs never to set foot outside of the Holy Land.[8] And he digs wells.

The Torah devotes an entire chapter to Isaac’s well-digging activities. We are told that he reopened the wells that had been dug by Abraham and stopped by the Philistines after Abraham’s death, and of a series of new wells he dug himself. Then, although he has at least another 80 years to live, we are told nothing more of Isaac’s life other than his blessings to his children before his death.[9]

At his confrontation with Laban at Mt. Gilad, Jacob attributes his perseverance and success in Charan to “the G-d of Abraham and the awe of Isaac.”[10]

Therein lies the key to the enigma of Isaac: Isaac was awe to Abraham’s love, restraint to Abraham’s expansiveness, self-effacement to Abraham’s self-assertion. Abraham’s love of G-d and humanity took him on a journey from self outward, a journey etched in the roads of Mesopotamia, Egypt and Canaan. Isaac’s was an inward journey, a journey into the depths of self to the essence within.

Isaac is the fear of Heaven in the Jewish heart: the Jew’s self-censoring discipline, his silent sacrifice, his humble awe before the majesty of his Creator. Isaac was a digger of wells, boring through the stratum of emotion and experience in search of the quintessential waters of the soul. Boring deeper than feeling, deeper than desire, deeper than achievement, to the selflessness at the core of self.

Abraham, too, dug wells, but his were stopped by the Philistines.

“One opposite the other, G-d made,”[11] is a cardinal law of creation. Every virtue has its corresponding evil, every positive force its negative counterpart.

Love, too, has its rival evil. Love, after all, is an assertion of self-the extension of self to give and relate to another. Corrupted love is when the self asserts itself not to give but to take; not in Abrahamic love but in Philistine lust; not in caring compassion but in egotistic self-gratification.

As long as Abraham was alive, only pure love flowed from his righteous wells. But after his death, the Philistines commandeered the fountainheads of love he had established in the land. The Hebrew word plishtim means “open-ended ones”[12]; a plishtim love is an uninhibited, undisciplined love, a profane love bereft of the focus and commitment of Abraham’s holy love.[13]

It was Isaac who redeemed Abraham’s legacy of love. As redug by Isaac, Abraham’s wells became immune to Philistine corruption. For love that flows from a well of selflessness and fear of Heaven flows faithful to its source and true to its objective.

Every Jew is the child of Abraham, Isaac and Jacob. Every Jew has their love, awe and truth encoded in the spiritual DNA of his soul.

The Abraham in the Jew rushes to embrace the world, to champion its downtrodden, to extend himself heart, soul and checkbook to his fellow man. But love, to be true, must be restrained: the father who embraces his child with the full intensity of his love will hurt rather than comfort him. And love, unchecked, eventually disintegrates to the destructive, everything-goes “love” of the Philistine. Isaac is the Jew’s source of discipline, humility and reverence; of his appreciation of the nullity of finite man before the infinity of G-d.

The issue of this marriage of love and awe is truth; truth that focuses the Jew’s outpourings of love in giving, holy expressions; truth that cultivates his inward retreat to selflessness toward creative and constructive ends. This is the legacy of Jacob, in whom the love of Abraham and the awe of Isaac alloyed into invincible truth.

[9] Actually, Isaac blessed Jacob and Esau some 57 years before his death. Yet Isaac himself describes these blessings as his parting words: “Behold, I have aged and I know not the day of my death… I shall bless you before I die” (Genesis 27:2-4). The Torah, which describes Isaac as one whose “eyes had grown heavy with age” at the time, says no more of his life and deeds.

[13] Cf. the modern usage of  “philistine” to connote a coarse, unrefined individual