Spiritual Awakening and My Father’s Siddur 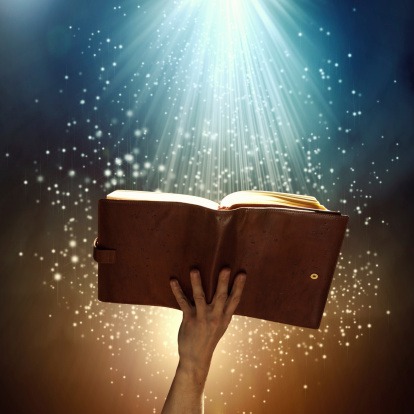 I rediscovered my father’s siddur among my books last week—a siddur he must have given me when I was a little girl. Stuck in the pages were little pieces of ripped paper for bookmarks, written in the simple handwriting of a nine-year-old. The sections were marked “Bedtime Shema,” “Blessings for Various Occasions,” and “The 13 Principles of Faith.” Now, I could understand my interest then in the Shema and the Blessings… but I thought, “What was a nine-year-old doing marking off the 13 Principles of Faith?” I had forgotten how often I would sit alone in my room reading…

I believe with perfect faith that the Creator, blessed be His name, is the Author and Guide of everything that has been created, and that He alone has made, does make, and will make all things.

Feeling very deeply and very purely about G-d and the nature of existence, this little girl packed a lunch one day, put her father’s siddur under her arm, and set off on her journey through life. She wanted to experience her love for G-d in the world and share it with the people she met. So she went on her way and knocked on the very first door she came to. The door opened and a big, booming voice hollered out at her:
“G-d? Don’t be so naïve!”

So she knocked on another door and a voice called out, not loud like the first one, but sarcastically, which the little girl thought was much worse: “Do you have to think so much about everything? Can’t you just be like everyone else?”

And so she went from door to door. But instead of sharing the light and the joy she got from her father’s siddur, she heard:

“Why do you waste your time helping people? No one would do anything for you!”

“It’s a cold, cruel world. When are you going to grow up?”

“What’s the matter with you? Don’t you want to be popular?”

But this is the one that hurt her the most:

“If you eat that second piece of cake, you’ll get fat, and then none of the boys will like you.”

Gee, the nine-year-old thought, somebody wouldn’t like me because I ate a second piece of cake? Is that what this world is about? And she began to cry. And as she cried, her father’s siddur fell out from under her arm and she realized that she probably wouldn’t be needing it anymore, so she took it and put it in a box which she put in the darkest corner of her basement.

And so, the nine-year-old grew up, and excelled in a lot of things that would make her popular, and studied how to dress from girl magazines, and made very, very sure that she never, never had a second piece of cake.

And she went to college and learned a lot of things that would make her successful and well-liked, and she went to corporate America where she wore three-inch heels and a three-piece business suit, and learned to give really great handshakes, because, we all know, only wimps have weak handshakes.

And her father’s siddur sat at the bottom of a box, gathering dust, its glow somewhat dimmed by years of neglect, its heart beating ever so faintly, whispering, I believe with perfect faith, I believe…

And the nine-year-old went on to do some terrible things. But she didn’t know that they were so terrible, because she was just a little girl—and she was just doing what everyone was telling her to do.

And then one day she fell to the bottom of a deep well, and while she was sitting there wondering if anyone would come by and find her, a big hand reached down and helped her up out of the well. The owner of the hand said in a voice, ever so gently, “Aren’t you Jewish?”

And the girl didn’t want to say yes, because she didn’t even know what that meant anymore. She never really learned anything about being Jewish, she just knew what she felt in her soul long, long ago, but it was too far and too buried and besides, she didn’t want to be naïve.

But the owner of the hand was persistent, and kind, and taught her about being a Jew. And it was never sarcastic, or mean. It didn’t even care if she was popular or not.

And then one night, the owner of the hand asked her to join it for her first Shabbat meal, and when the meal was over, she asked… could she please have a second piece of cake?

And she went back to the beginning of her journey and knocked on the first door she had come to so long ago and said to the voice of the person who said he didn’t believe in G-d, “I’m sorry. I don’t believe in you anymore.”

And she knocked on all the other doors and quietly told all the other voices that although she wished them well, she was going to have to go her own way…

…which led her right down into the darkest corner of her own basement, which to her surprise, was now filled with light. While she was away on her journey, someone must have replaced all the bulbs!

And it didn’t take long before she found her father’s siddur under layers and layers of dust, and after she cleaned it off, she held it close to her heart for a very, very long time. And then, when she thought she was ready, she opened her father’s siddur and she read:

I believe with perfect faith that the Creator, blessed be His name, is the Author and Guide of everything that has been created, and that He alone has made, does make, and will make all things.

…and I believe with perfect faith in the coming of Moshiach, and though he tarry, I wait daily for his coming.