The Revelation: Stories of the Baal Shem Tov 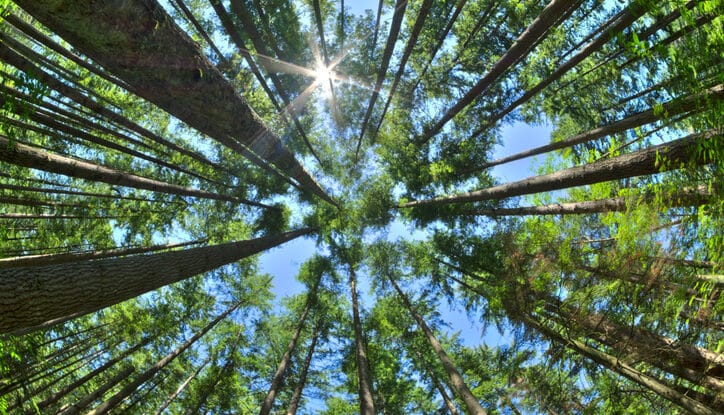 Editor’s note: The 18th of Elul marks the birthday of the founder of the Chassidic movement, Rabbi Israel Baal Shem Tov (1698-1760). The following is a freely translated excerpt of Rabbi Yosef Yitzchak’s retelling of the Baal Shem Tov’s account of his own childhood and formative years. A passionate and prolific chronicler of Chassidic history and lore, the previous Lubavitcher Rebbe, Rabbi Yosef Yitzchak Schneersohn (1880-1950), delivered hundreds of talks and penned thousands of pages of memoirs, letters and essays in which he recounted the stories and teachings handed down from Rebbe to Rebbe beginning with the founder of Chassidism, Rabbi Israel Baal Shem Tov (1698-1760).

When I was five years old I was orphaned from both my father and mother. The last words spoken to me by my holy father before his passing were: “Yisrolik, fear nothing but G-d alone.”

I was drawn to walk in the fields and the great, deep forest near our village. After cheder I would make my way to the fields, where I would review by heart what I had learned in cheder. Often I would sleep at night in the field or the forest.

My guardians, who looked after me and several other orphan boys and girls, did not tolerate this behavior of mine of wandering in the fields and the forest, and dealt severely with me.

So passed two years. One morning, I heard the sound of a human voice in the forest. I followed the direction of the voice and came upon the figure of a Jew enveloped in tallit and tefillin, praying with a fervor such as I had never before witnessed.

I hid myself behind the trees and derived great pleasure from listening to the man’s praying. I was enthralled by the extraordinary sight, and thought to myself that this holy man must be one of the thirty-six hidden tzaddikim (righteous and saintly people) that are in the world. The tzaddik concluded his prayers, removed his tallit and tefillin, and began to read from the Book of Psalms in a melodious voice.

Following his recital of Psalms, the man spent some time in ecstatic Torah study. He then gathered his books and his tallit and tefillin and placed them in a sack, lifted the sack unto his shoulders, and set off on his way. At this point I stepped out from my hiding place and walked towards him.

When the man saw me he asked: “What is a small child doing all alone in the forest? Are you not afraid to be in the forest all by yourself?”

The man asked me if I was Reb Eliezer’s son. When I replied that my father was indeed called by that name, the man took a volume of Talmud—the tractate Pesachim—from his sack, and sat and studied with me for a while. I then joined him on his way, without knowing where we were going or what was the purpose of our journey.

In our wanderings, we would stop for different periods of time in various cities, towns, villages and hamlets—sometimes for a few days, sometimes for a week or longer. I never learned the man’s name. I would study with him each day. He never accepted alms from anyone, yet he fed and clothed me and looked after my needs all the time. Thus passed three years.

One day we stopped in a small settlement and the man said to me: “Not far from here, in the forest, there lives a learned and G-d-fearing Jew. I will leave you with him for a while.” He then took me to a small hut in the woods, handed me over to its resident, and was off.

I lived in Reb Meir’s hut for four years, during which time he learned with me daily with great diligence. Each day, we would go to the village for the daily prayers. None of the villagers were aware that Reb Meir was a sage and hidden tzaddik—they knew him as a simple workman, a coal-smelter.

In Reb Meir’s home I became familiar with the ways of the hidden tzaddikim and their leader, the great sage and tzaddik Rabbi Adam Baal Shem. At the conclusion of my years with Reb Meir I was accepted into the society of the hidden tzaddikim and again began journeying from town to town and from settlement to settlement on various missions which the society’s leadership placed upon me.

Before having attained sixteen full years, I had gained a significant knowledge of the teachings of Kabbalah, and would occasionally pray with the mystical meditations of the Lurianic Kabbalistic tradition, taught to me by the holy and awesome hidden tzaddik, Reb Chaim.

On my sixteenth birthday, Elul 18, 5474 (1714), I was in a small village. The local innkeeper was a simple Jew who could barely read the prayers and was completely ignorant of the meaning of their words; yet he was an extremely devout Jew, whose custom was to say regarding everything and on every occasion: “Blessed be He for ever and ever.” His wife would constantly avow: “Praised be His holy name.”

That day, I went to meditate alone in the field in accordance with the practice instituted by the early sages to set aside time on one’s birthday for private contemplation. I secluded myself, recited chapters of Psalms, and meditated upon the unifications of the divine names as prescribed in the teachings of Kabbalah.

Thus engrossed, I was completely unaware of my surroundings. Suddenly, I beheld Elijah the Prophet standing before me, a smile on his lips. In Reb Meir’s home, and in the company of other hidden tzaddikim, I had, on occasion, merited a revelation of Elijah the Prophet, but never before on my own, so I wondered at the reason for this unexpected vision. I also could not understand the significance of the Prophet’s smile.

Elijah the Prophet went on to explain to me the great pleasure that G-d derives from words of gratitude and praise uttered by men, women and children, especially by simple folk, and especially when done on a consistent basis, reflecting a pure faith, wholesome heart, and a state of perpetual attachment to G-d.

From that point on, I embarked upon a new method of serving G-d: to bring about the speaking of words of praise to G-d. Wherever I went, I would talk to people, inquiring after their health, their children, and their livelihood, and they would all reply with expressions of praise to the Almighty (“Thanks to G-d,” “Blessed be His Name,” and the like), each after his or her manner.

For many years I pursued this practice. At a conference of the fellowship of hidden tzaddikim it was resolved to adopt this method of divine service, which in turn became the beginning of an approach which stressed the importance of brotherly love toward every Jew, regardless of his or her degree of Torah knowledge or spiritual attainment.[1]

I wish you and yours best blessings, love and Light for the New Year. Thank you for sharing all you share.
Love Sonya.