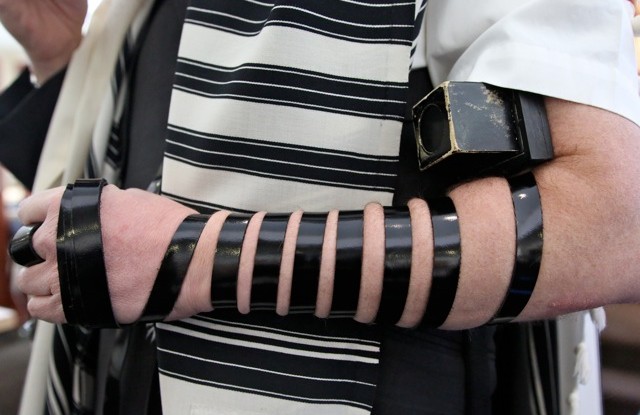 Rabbi Schneur Zalman once received a silver snuffbox as gift. But the Rebbe did not want to put it to its intended use, and remarked:  “There is one part of the body which is not constantly seeking gratification – the nose. Should I train it, too, to be a pleasure-seeker?”

Instead, Rabbi Schneur Zalman found a more lofty use for the gift: he detached the snuffbox’s cover and used it as a mirror to help him center the teffilin on his head.

This incident was once related to Rabbi Schneur Zalman’s grandson, Rabbi Menachem Mendel of Lubavitch. As the one telling the anecdote described how Rabbi Schneur Zalman “broke off” the cover of the snuffbox, Rabbi Menachem Mendel remarked:  “No, no, my grandfather never broke anyone or thing. He merely removed the hinge-pin which connected the upper part to the lower.”

The deeper significance of Rabbi Men­achem Mendel’s clarification is this: Rabbi Schneur Zalman would never have “broken off” the cover. True, his entire life was devoted to sublimating the ordinary and elevating the mun­dane. But he taught that the way to deal with the corporeal world is not to repress or crush it but to gently detach the upper from the lower: to extract, by harmonious and peaceful means, its lofty potential from its lowly enmeshments.

Told by the Rebbe on Passover of 1960