The Cosmic Marriage: All About Unconditional Love

More ink has been spilt over this topic than any other. More songs sung, poems written and films produced. Why the unquenchable thirst? What is it about the love between a man and a woman that inspires endless fascination bordering on obsession? Many regard the attraction between the sexes as a biological instinct, an emotional need or a primal impulse. Judaism, however, views the attraction between a man and a woman as a sacred search that is deeply imbedded in the cosmic makeup of the universe.

The spiritual mystery of the union between man and woman is implied in the name given to the festival of Shavuot. In the Talmud, Shavuot is referred to as “The Marriage Day.” What marriage occurred on this day? At Mount Sinai God gave mankind the gift of the Torah – a blueprint to enable man to spiritualize the physical world. Shavuot is thus considered a marriage between God and the people, between heaven and earth.

The use of the term marriage in relation to the giving of the Torah suggests a parallel to physical marriage. The giving of the Torah was an awesome event, an unprecedented Divine experience. What does this unique spiritual encounter between man and God have to do with the corporeal marriage between a man and woman? Let us explore some parallels between the divine and the human models of marriage.

The midrash relates that before God gave the Torah to the Jewish people, He said: “Accept Me … and then accept My decrees.” In a marriage relationship, it is essential to accept and embrace your partner as they are in essence before addressing individual needs. Too often we treat marriage only as a contract based on mutual benefit: “I will look after the kids and cook the meals if you take out the garbage and pay the bills.” Marriage is not merely a composite of details, it not just about convenience or getting the job done, it’s about embracing another soul in your life.

There are two kinds of love – selfish and selfless love. Selfish love is conditional – you love on condition that your needs are met, and when your partner falls short of serving your needs, you may be tempted to reject them and search elsewhere. With conditional love, we see our partners as an extension of ourselves and feel that it is our responsibility to correct or change them. Although we constantly learn from each other, the role of a spouse is not that of an authority or a teacher, but that of an equal. The Torah tells us that marriage begins with unconditional love and acceptance of the entire person – first “accept Me” and the details will follow from there.

At Mount Sinai, God initiated a reciprocal relationship, a partnership with mankind. When God descended onto Mount Sinai, it was necessary for Moses to respond by ascending the mountain. Judaism teaches that the relationship between man and God is not an immature reliance or passive dependence on heaven. We believe that God’s blessing is present in all that we do, but it is incumbent upon us to utilize the tools and resources at our disposal to fashion a vessel to contain the blessing.

The give and take of a dynamic relationship between husband and wife necessitates a mature sense of self. Ascending the mountain symbolizes the confidence that you matter, that you as an individual have a vital role to play in the world. When this is lacking, unhealthy co-dependence can arise where partners rely on each other to compensate for their own lacks. Marriage partners should look to each other to complement who they are so that together they can create a powerful partnership.

God shared a vision with us at Mount Sinai, a blueprint of how to bring sanctity and spirituality into the world. Perhaps the ingredient most lacking in marriages today is a shared spiritual vision. People often marry because of physical, intellectual, emotional and psychological compatibility, but don’t take into consideration spiritual compatibility. Spiritual compatibility entails not just a shared desire to build a home and family, it also involves a spiritual vision of how you, as a couple and a family, want to impact the world; how you envision your unique contribution to others; how you intend to build something that is greater than both of you.

Shavuot, the Marriage Day, inspires us to view marriage not just as a union between two people, but as the marriage between heaven and earth, between God and man. When we harness the mystical power of love and marriage, recognizing that it is a manifestation of the divine union, our marriages will become a microcosm of a cosmic marriage. The unity this manifests will penetrate through the physical and spiritual dimensions shining a light for eternity. 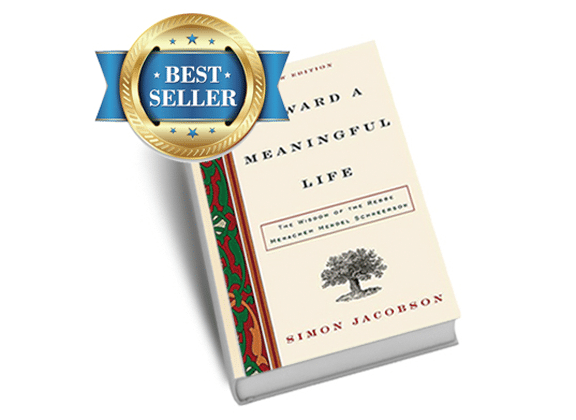 A Spiritual Road Map for Living

Regardless of your background, get fresh perspectives on every aspect of life.

Rabbi Jacobson,
Ive read many of your articles and also seen you on a few short videos. This article is one of your best in my opinion. Thank you.

Its a great union between the two people.

Is asking not to be humiliated an unreasonable condition ? Asking my husband not to take a trip to an island with a female friend ? Is my request unreasonable ? Yes we are both frum Jews.. so in my mind this shouldn’t even be a question ..yet here we are.

Tremendously in perpetual Everlasting Cosmic Glorious harmony have you inspired my Soul in your last Article Rabbi Jacobson.