A Marriage Made on Earth 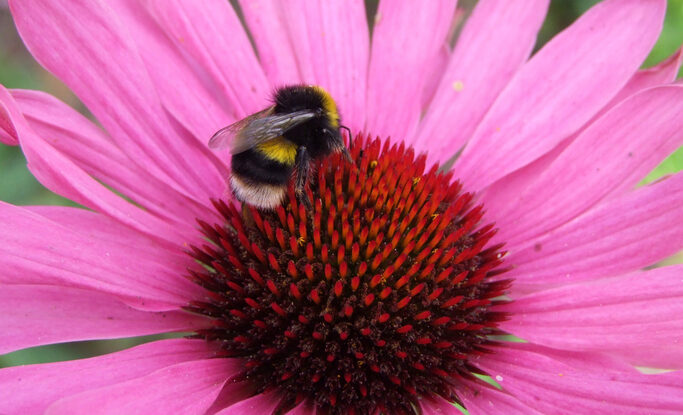 In the beginning, a simple divine light filled the entirety of existence… When there arose in His simple will the desire to create the worlds, He contracted His light, withdrawing it to the sides and leaving a void and an empty space in its center, to allow for the existence of the worlds. (However, this was not an absolute void, for there remained a residue of the divine light within the void.) He then drew a single line of His infinite light into the void to illuminate the worlds….

First of all, […] will marry […] in accordance with the law of Moses and Israel. They will not hide away nor conceal anything from each other. They will live together in love and affection, as is the way of the world…

From the text of the pre-marital contract (tena’im)

Man was initially created “male and female”—as a “single being with two faces.”[4] Soon after, however, G-d separated the female side from the male, recasting them as two distinct beings, man and woman. From that point on, man seeks woman and woman yearns for man. In marriage, the divine analogue is made whole again, as man and woman regain their original state as a single entity.[5]

The Splitting of the Light

The separation of the female from the male, creating the tension that draws them to each other and to their ultimate reunion, is a theme that runs through the entire process of creation, all the way to its very beginnings in the primordial will of G-d.

In the teachings of Kabbalah, the act of creation is described as an act of tzimtzum—an act of contraction, concealment and withdrawal. In the beginning, the “light” of G-d (i.e., the manifest expression of His omnipresence and omnipotence) filled the entirety of existence. A world such as ours—finite, self-defined and independent, with the capacity to turn away from and even deny its Creator—could not exist, for it would have been utterly nullified within the divine light. In order to allow for the existence of the world, G-d “contracted” His light, creating a “void” and “empty space” within which His infinite being and power is not manifest. Into this void G-d then allowed a single “line” (kav) of light to penetrate, through which flows a divine energy that is meted out to every level of reality in accordance with its capacity to receive it.

But the “line” is not the only source of divine energy in our world. For the withdrawal of divine light that occurred at the time of the tzimtzum was not absolute; rather, a “residue” (reshimu) of light remained within the “void.” This “residue” is the divine power of concealment and limitation (as opposed to the power of revelation and infinite expansion withdrawn by the tzimtzum). This divine energy does not contradict the existence of our finite and material word; on the contrary—it is the very source of its finiteness and materiality.

Our purpose in life is to undo the tzimtzum—to refill the “void” with divine light. There are two ways in which this is achieved. One way is to draw into the world the divine light that was withdrawn at the time of the tzimtzum. This means increasing the intensity of the light that flows through the “line” by gradually increasing our world’s capacity to receive it. Every time we do a mitzvah, we make the world more receptive to the divine truth, stimulating a greater infusion of infinite light via the “line.” Ultimately, the world is elevated to the point that it can receive the full intensity of the light coming from beyond the parameters of the “void,” and the area of the “void” is as saturated with the manifest presence of  G-d as it was before the tzimtzum took place.

Another way of undoing the tzimtzum is to uncover the divine light already implicit in our world. Every time we exploit the very qualities that make our world “unspiritual”—its finiteness, physicality and materiality—toward a G-dly end, we bring to light its divine essence. The “residue” of the divine light that remained behind at the time of the tzimtzum, concealed and obscured by the coarseness of the worlds and the realities that derive from it, is thus revealed. The finiteness and physicality of our world is thus revealed as no less an expression of the divine truth than the infinity and spirituality that fills it from “above.”

The power of infinity invested in the “line” is the male element in the divine light; the power of finiteness implicit in the “residue” is its female aspect. Originally they were one, a singular expression of the omnipotence of the divine. Then came the tzimtzum, separating them into two distinct forces.

Thus the endeavor to undo the concealment of the tzimtzum includes both a “male” and a “female” dynamic. On the one hand, we strive to overcome the limitations of our existence, to break free of the confines of the material. We strive to impose a higher, spiritual truth upon our world, to infuse the infinity of G-d into our finite lives. This is the “male” active/aggressive effort to overcome the nature of reality, to expand its frontiers, to draw in “new” G-dliness from the outside via the “line” that links our world to the infinity of G-d.

But there is also another aspect to our mission in life, another source of G-dliness for our world. A source that is to be found within, in the “residue” of divine light that underlies our reality. This is the “female” endeavor to seek the divine in what is, to stimulate our inner essence instead of overwhelming it with light from without. To cultivate rather than to conquer, to be rather than to do.

Ultimately, the goal is to effect the marriage between the male and female. When the light that was withdrawn from the void is reinfused and the “residue” of light left behind is revealed, the divine light will again be one. The “power of infinity” and the “power of finiteness” in our world will again constitute a singular expression of the quintessential truth of G-d.

According to Jewish custom, when a man and woman become engaged to marry, a contract—called tena’im (“conditions”)—is drawn up, in which the obligations of each side to the other are specified. The traditional text of the tena’im begins: “First of all, […] will marry […] in accordance with the law of Moses and Israel. They will not hide away nor conceal anything from each other. They will live together in love and affection, as is the way of the world….”

A marriage between two human beings is an analogue of the marriage of divine forces that is the purpose of creation. This is alluded to in the opening lines of the tena’im: the very first thing the parties promise each other (after declaring their commitment to marry each other) is that “they will not hide away nor conceal anything from each other.” Here we have the male and female elements of the cosmic marriage: that the divine light which was “hidden away” by the tzimtzum—withdrawn from the void—should be restored, and that the divine light which was “concealed” within the world should be revealed.

The achievement of these two aims will herald the era of Moshiach, when the diverse forces of creation “will live together in love and affection, as is the way of the world,” in harmony with itself and its G-d, envisioned by the Creator.

[1]. As recorded by his disciple, Rabbi Chaim Vital, in his works Etz Chaim (Heichal Adam Kadmon, 1:2; Shaar HaHakdamot, 4) and Otzrot Chaim (introduction to Shaar Ha-Igulim). The parenthetical sentence which speaks of the “residue” is from a gloss by Ramaz on Otzrot Chaim, which, according to Mikdash Melech, is also from the mouth of the Ari. See Likkutei Torah, addendum to Vayikra, 51b-54d; Sefer HaMaamarim 5699, p. 63; Sefer HaMaamarim 5702, p. 28-31; et al.

[5]. Cf. Genesis 2:23-24: “This, now, is a bone of my bones and flesh of my flesh; she shall be called woman, for she was taken from man. Thus shall a man leave his father and mother and cleave to his wife, and they shall become one flesh.”

What Can We Learn From Yesterday’s Hostage Crisis in Texas?

The Ten Commandments: I Will Do and I Will Hear

Yud Shevat: The Infinite You

How to Merge Matter and Spirit