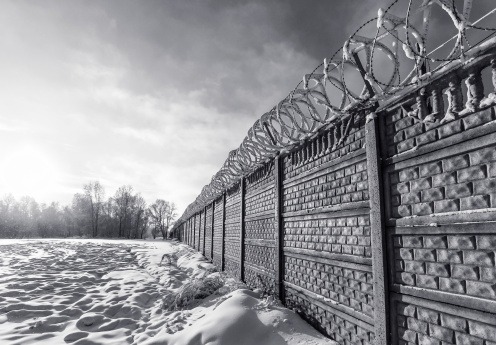 From the time that G-d said to our father Abraham, “Go from your land,” and “Abraham went on, journeying southward,”
[1] began the process of birurim—the process of extracting the “sparks of holiness” that are scattered throughout the universe and buried within the material existence.

By the decree of divine providence, man wanders about in his travels to those places where the sparks that are to be extracted by him await their redemption.  The Cause of All Causes brings about the many circumstances and pretexts that bring a person to those places where his personal mission in life is to be acted out.

The news passed swiftly through the city of Chernigov, leaving shock and sorrow in its wake. Reb Yekutiel, a wealthy businessman and pillar of the community, had been arrested on charges of tax evasion and misappropriation of government funds.

All who knew Reb Yekutiel had no doubt of his innocence. Reb Yekutiel was known for his honesty, charity and modesty. Despite his immense wealth and influential position, he regarded every man as his equal and was always ready to lend a helping hand and attentive ear. For this, he had earned the respect and trust of all Chernigov’s residents, Jew and non-Jew alike. But this was czarist Russia, where a man could be arrested on a bureaucratic caprice or by the stroke of a vengeful commissioner’s pen.

Inexplicably, Reb Yekutiel was convicted. Nothing—not his connections in the government, not the numerous appeals by his expensive lawyers, nor the prayers of the community—could stave off the fate ordained for him. Reb Yekutiel was sentenced to ten years of hard labor in distant Siberia.

On the day before Reb Yekutiel was sent east, a man knocked on the door of Rabbi Dovid Tzvi Chein, rabbi of Chernigov. “Rabbi,” said the visitor, who was none other than the warden of the local jail, “Reb Yekutiel requests that you come see him. Special permission has been granted for you to visit him in his cell, should you desire to come.”

“Certainly,” said the Rabbi, “of course I’ll come,” and hurried to get his coat.

Tears filled Rabbi Dovid Tzvi’s eyes at the sight that met him upon entering the cell. Reb Yekutiel, too, was overwhelmed with emotion. The two men embraced and wept silently for some time. Finally, the prisoner began to speak:

“I asked you to come, Rabbi, not because I have any personal request to make, but because I want to tell you why I am here. Perhaps others can learn a lesson from my story.

“Several months ago, I was traveling to Petersburg for a series of meetings regarding my dealings with the government. As usual, I obtained a compartment in the first-class section of the train—a crucial necessity for any businessman seeking potential contacts among government officials and fellow merchants. It was then that I learned that the Lubavitcher Rebbe[2] was on the train.

“I passed by the Rebbe’s compartment, hoping to catch a glimpse of his holy face. The door was ajar, and suddenly I found myself gazing into his eyes—eyes that looked deeply into mine and seemed to know the innermost reaches of my soul. For a long moment I stood there, rooted to the spot. It was a while before I realized that the Rebbe was motioning to me to enter.

“With awe and trepidation I entered the Rebbe’s compartment. But the Rebbe soon put me at ease, inviting me to sit and offering me a cigarette. He expressed great interest in our community, as well as in my personal life and business dealings. In parting, the Rebbe said to me: ‘I’m sure you’ve heard of the railway that the government is planning to build across Siberia. I think this is a perfect business opportunity for you. As one who has close connections with Minister Potysukshnikov, you should be able to obtain a sizable contract as a lumber supplier.’

“I returned to my compartment in a state of confusion. The last thing I expected from the Rebbe was a business tip. On the one hand, I felt that the advice of a tzaddik should be followed. On the other hand, the proposal held no attraction for me, despite its great financial potential. My business affairs were going well, thanks to G-d; why should I leave my family and community and spend many long months, if not years, in far-off Siberia? At the end, I hesitated long enough for others to avail themselves of the opportunity—to my considerable relief, I must confess.

“And so, now I’m on my way to Siberia. I thought that the Rebbe was dispensing business advice, but he must have seen that there is something there, in Siberia, that I must achieve—some part of my mission in life that must be played out in the frozen east. I could have gone in comfort, as a wealthy businessman and government contractor. Now I am going in chains.”

Listen to the Flames

The Gift of Meaning

8 Steps to Building Your Inner Menorah

The Universal Message of Chanukah in Four Minutes

Why Do the Chanukah Lights Endure, While the Temple Menorah Did Not?

Listen to the Flames

A Family Reunion: What Joseph Teaches Us About Forgiveness