The Thousand-Year Difference: The Mitzvot of Purim 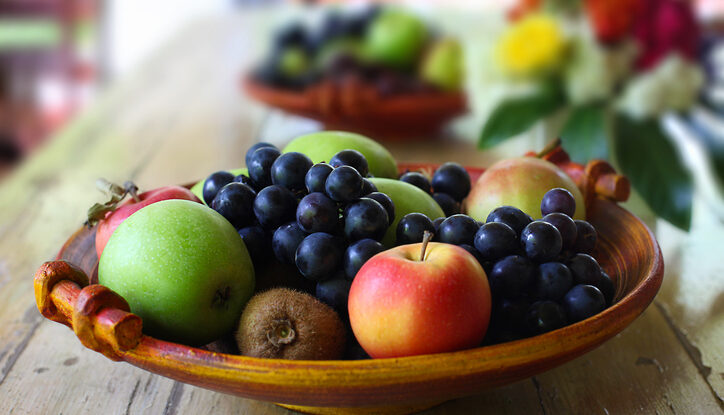 Haman’s decree “to destroy, kill and annihilate all the Jews, young and old, infants and women”[1] was neither the first nor the last such attempt by our enemies to destroy us. But this was the only time in our history that the threat to our physical existence was so immediate and all-inclusive. A single day—the 13th of Adar—was set aside for the total extinction of Israel. The Persian empire included 127 provinces, from India to Ethiopia; every Jew on the face of the earth lived in this domain and was subject to Haman’s decree.

The comprehensive nature of Purim extends also to its inner significance. Underlying the physical events recounted in the Book of Esther was a spiritual drama involving each and every Jew and profoundly affecting the very essence of our nationhood and our relationship with G-d. Paradoxically, Purim represented both a nadir in terms of the divine presence in our lives as well as a “moment of truth” which galvanized our covenant with G-d and set it upon its eternal foundations.

On the sixth of Sivan in the year 2448 from creation (1313 bce), the entire nation of Israel assembled at the foot of Mount Sinai. There G-d chose us as His people and we committed ourselves to observe the laws of life as outlined in His Torah.

The Talmud points out, however, that nearly one thousand years were to pass before our covenant with G-d was sealed. As formulated at Sinai, the contract between G-d and Israel contained certain vulnerabilities; in fact, its very validity was contestable. It was only nine-and-a-half centuries later, with the events of Purim, that our acceptance of the Torah was established upon an unshakable foundation.

The Torah tells us that prior to the revelation at Sinai, the people of Israel “stood beneath the mountain.”[2] How does one stand “beneath” a mountain? The Talmud interprets this to mean that “G-d held the mountain over them like a jar and said to them: ‘If you accept the Torah, fine; if not, here shall be your grave.’” But a most basic legal principle is that a contract entered into under duress is not binding; hence, concludes the Talmud, there was a standing contest to the legality of our commitment to observe the Torah.

But during the events of Purim, the Jewish people reaffirmed their acceptance of the divine law without any hint of coercion from Above. In the words of the Book of Esther, “they established and accepted”[3]—established as valid and unchallengeable that which they had accepted a millennium earlier at Sinai.[4]

At Sinai, G-d revealed His very essence to man. As the Torah tells it, “G-d descended upon Mount Sinai”[5] and we “saw the G-d of Israel.”[6] On that day, we “were shown to know that G-d is the Supreme Being—there is none else besides Him”[7]; “Face to face G-d spoke to [us], on the mountain, from within the fire.”[8]

In terms of any open sign of the divine presence in our lives, the events of Purim were the diametric opposite of the revelation at Sinai. G-d’s home on earth, the Beit HaMikdash (Holy Temple) in Jerusalem, lay in ruins, its rebuilding, ordered fourteen years earlier by the emperor Cyrus, halted by Achashverosh’s decree. The era of prophecy—G-d’s direct communication to man—was coming to a close. We were in exile, at the mercy of our enemies, and G-d seemed oblivious to the fate of His chosen people. Even the miracle of Purim was completely clothed in natural events, so that G-d’s guiding hand in all that occurred was shrouded by the illusion of fortunate coincidence. This is most powerfully demonstrated by the fact that in the entire Book of Esther, there is not a single mention of G-d’s name![9]

How did this spiritual blackout affect our commitment to G-d? It spurred us to what can be described as the greatest demonstration of our loyalty to Him in our history. For eleven months, a decree of annihilation hung over the entire community of Israel. As the Book of Esther relates, even after Haman had fallen out of favor with the king and was hanged, the decree he initiated remained in effect; the only thing that Esther was able to achieve was to prevail upon Achashverosh to issue a second decree, in which the Jews were given the right to resist those who came to kill them. The first decree, calling upon all citizens of the realm to annihilate the Jewish minority in their midst on the 13th of Adar, remained in force until that date, when the Jews were victorious in their war against their enemies, killing 75,000 of their attackers.[10]

For that entire year, when being a Jew meant that one’s life was free for the taking by imperial decree, not a single Jew broke ranks from his people to seek safety by assimilating into the pagan populace. In fact, the Book of Esther records that that period saw many conversions to Judaism! So strongly did the Jews radiate their faith in G-d and their confidence in His salvation, that many of their neighbors were motivated to join a people with such a powerful and immutable relationship with G-d.

Therein lies the deeper significance of the “coercion” to accept the Torah at Sinai and the validation of our covenant with G-d achieved on Purim.

At Sinai, we had no choice. Faced with such an awesome revelation of the divine truth, one could hardly doubt or dissent. In effect, we were “forced” to accept the Torah; overwhelmed and completely enveloped by the divine reality (“the mountain held over us like a jar”), we could not but commit ourselves to our divinely ordained mission and role.

But a thousand years later, we reaffirmed this commitment under entirely different conditions. The divine presence did not hover over us, compelling us to recognize its truth. On the contrary: the divine face was hidden. We were on our own, our commitment to G-d stemming wholly from within, from an inner choice to cleave to Him regardless of how visible or invisible He remained to us.

This is not to say that on Purim a new, valid contract replaced the original, “contestable” one. If that were the case, then what was the point of the revelation at Sinai? Certainly, the Torah was a binding commitment between ourselves and G-d for the 950 years from Moses to Esther. Rather, as the Talmud interprets the Book of Esther, “they established what they had already accepted”: Purim established the truth of what had already occurred at Mount Sinai.

The truth is that our relationship with G-d is not bounded by reason. It is not dependent upon our understanding of it, or even upon our conscious awareness of its existence. It transcends our conscious self, residing in the very core of our souls.

This was why we were compelled to receive the Torah at Mount Sinai. Not because we would not have freely chosen to do so on our own, but because a consciously chosen commitment could not begin to express the true extent of our acceptance of the Torah. Our covenant with G-d extends beyond the finite world of our conscious desires, embracing the infinite expanses of our supra-conscious self—the supra-conscious self that always “sees” G-d and is unequivocally aware of His truth. At Sinai, this supra-conscious self came to light. Our conscious self, comprising but a minute corner of our soul, was completely overwhelmed and its “choice-making” mechanisms were completely silenced.

This was the true significance of what occurred when we “stood beneath the mountain.” But for many centuries, the events at Sinai were open to misinterpretation. In our own minds, we remembered the event as a time when we were overwhelmed by the divine truth and compelled to accept it. Did this come from within, from a place in our souls not accessible by the conscious self? Or perhaps it came from without, from an external force which coerced us, against our own true will, into our covenant with G-d?

Then came Purim, with its terrible spiritual darkness, with its total eclipse of all perceivable G-dliness. To remain a Jew, to remain loyal to our covenant with G-d, was a conscious, willful choice, uninfluenced by any supra-conscious revelations. By choosing to accept the Torah under such circumstances, we established that this is the true will of the Jew. We established that our “coercion” at Sinai was not against our will, but completely consistent with what we truly desire.

Thus Purim revealed a new dimension to our observance of Torah, establishing it as a freely-elected way of life, as opposed to a set of compelling duties. And this thousand-year difference is reflected in several of the mitzvot of Purim.

The festival observances, such as sounding the shofar on Rosh HaShanah or eating matzah on Passover, are usually specially ordained practices, unique to their festival. But there are two Purim observances about which there appears to be nothing original, and which seem to be only extensions of general, year-round precepts of the Torah.

On Purim we send gifts of food, called mishloach manot, to friends and neighbors in order to promote fellowship and love between us. Another Purim mitzvah, matanot la’evyonim, is to seek out a minimum of two paupers and give them gifts of money. But to “love your fellow as yourself”[11] and to give charity are year-round duties for the Jew. What makes these distinctly Purim observances?

Yet the Torah does not obligate us to initiate gestures of friendship or to seek out the needy. The commandment “Love your fellow as yourself” only mandates that when you do come in contact with your fellow, that you treat him with love and respect. The laws of charity mandate that when a needy person asks for your help, you are obligated to render assistance. What is unique about the way we fulfill these mitzvot on Purim is that we actively seek out opportunities to do so.

For Purim emphasizes our desire to fulfill the commandments of the Torah. Also one who does something only out of a sense of duty may do the deed properly and wholeheartedly; conceivably, two individuals may be doing the same thing, one of them out of a deep-felt desire to do so and the other because he feels obligated, and we may not be able to tell the difference between the two. But what if no obligating circumstances exist? Does one pursue the deed and seek to obligate oneself? Here is where the difference lies—this is what distinguishes the willing, desirous actor from the merely obedient one.

The Purim mitzvot of mishloach manot and matanot la’evyonim highlight the “choice” element in our relationship with G-d: that this is a relationship not only bound by ties of duty but also cemented with the bond of will.

[2]. Exodus 19:17. “Beneath the mountain” is the literal translation of the Hebrew words betachtit hehar. Common translations render it “at the foot of the mountain” and the like (see Rashi on verse).

[9]. “Esther,” the name of the heroine of Purim and the biblical book that recounts its story, is from the Hebrew hester, “concealment.”