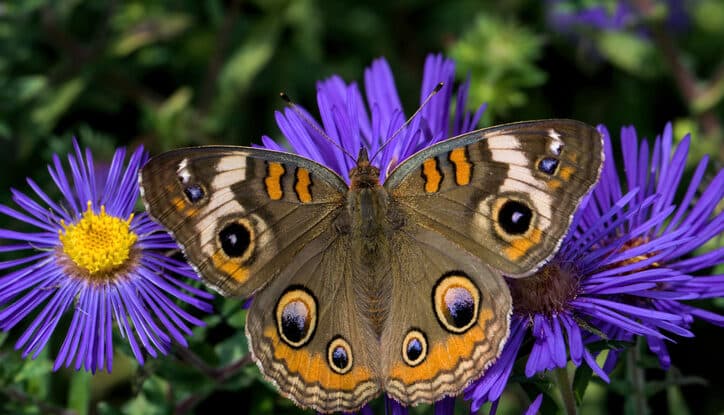 As human beings, we all have our shortcomings and our share of transgressions. Whether we have lapsed and betrayed ourselves, others or G-d (or all the above), whether it may have been “small” white crimes or grave sins, everyone of us knows in his or her heart, when we are honest with ourselves, some of the ugly things we are capable of.

But don’t feel all alone. Ecclesiastics declared long ago “there is no tzaddik on Earth that has done good and not sinned” (7:20). On the other hand, let us not console ourselves with that fact.

This week’s Torah portion deals with many of our human ways of harming each other.

It is always humbling to read the verses of this portion. We often can soar into the sublime, with lofty, spiritual concepts. The power of Torah’s spirituality is that it is not divorced from our earthly realities. We must ground our deepest soulfulness in our day-to-day, profane lives. The challenge is to fuse spirit and matter, to fight the battle and allow our souls to dominate over our selfish, greedy, mindless and reckless temptations.

And thus, following the sublime Sinai experience (in last week’s portion), we are quickly reminded (in this week’s chapter) of our all too human frailties, and what we are capable of left unchecked.

Yet, this portion is not meant to depress us. Quite the contrary. By recognizing our weaknesses and potential failings, by being accountable and assuming responsibility, by rectifying our errors – we actually demonstrate the ultimate human dignity: To repair a broken a world. After all, trust is built not on perfection but on accountability. It is human to err; it is Divine to repair. When we rise to the occasion and correct a crime of the past, we manifest the majestic Divine Image in which were created – the ability to transcend our mortality, go beyond our humanity, our offenses, even beyond our pasts, and come out stronger than before the fall.

It would be wise and healthy for our business and political “leaders,” and for that matter, for every one of us – especially the ones that helped create the current mess – to sit down and quietly read some of these verses, if for no other reason than to realign our sights to what it means to be truly human: The gift, responsibility and obligation to be contrite and accountable, to correct our wrongs and live up to the highest standard of our life’s calling.

But there is something even more to this idea of personal transformation. This week’s Torah portion contains a strange passage: In discussing the laws of burglary, the Torah distinguishes between a burglar that comes in hiding, at night, and one who robs in broad daylight. Regarding the latter, the expression used is this: “If the sun shines on him, he has blood,” meaning that if he robs in broad daylight, or it is clear that he has no deadly intent, then if he is killed it is considered murder (“he has blood” which has been wrongly shed).

The verses are coming to teach us the penalties of stealing. Yet, in the name of true virtue and justice, the Torah is also concerned with the welfare of the thief, that though he has committed a crime, one still has to recognize his rights and not wantonly kill him. But why use a misleading positive expression: “If the sun shines on him?!” It would have been much clearer to simply state “if it happens in broad daylight,” or “if his intentions are clear.” The cryptic “if the sun shines on him” suggests that even the thief has at times the virtue that “the sun shines on him.”

They tell the story of a young widow who once came crying to the Baal Shem Tov. “I recently lost my husband. Now my young child, my only child, is lying gravely ill. The doctors have given up hope. Please, Baal Shem Tov, please do something to save my child.”

The Baal Shem Tov, whose heart was always open especially to the needy and oppressed, soothed and reassured her saying that she should go home and her child will be fine. He then proceeded to gather together ten (a minyan) of his holy hidden Tzaddikim, to pray for the child’s welfare and immediate healing.

But to no avail. As much as they tried opening their souls and in turn opening the gates of heaven, they sadly were unsuccessful. The Baal Shem Tov sensed that the decree in heaven was sealed and could not be reversed by the Tzaddikim’s prayers.

The Baal Shem Tov, however, was not one to take no for an answer and give up. He fell upon an idea. He asked his wagon driver to prepare the wagon and the horses. They were going for a trip to the forest. He directed the driver to go to a particular spot, which surprised the driver, being that this was known to a be a dangerous area where thieves lurked, and everyone would avoid.

They arrived at the designated spot. The Baal Shem Tov climbed off the wagon, and within a few moment he was, to the chagrin of the driver, surrounded by several thieves. When the head of the band of thieves saw that it was the Baal Shem Tov, he put down his weapon and with wonder and astonishment asked: “Baal Shem Tov, what are you doing here in the wild?”

Later, when the Baal Shem Tov was asked by his surprised students, “how were you able to accomplish with ten thieves more than you could have accomplished with ten Tzaddikim?!” the Baal Shem Tov replied: “Simple. I saw that all the gates in heaven were locked. And I needed someone to break in…”

So, even a thief has times when “the sun shines on him” and “he has blood.”

This does not condone theft or any other crime. It teaches us, that once a person has transgressed, he has the power not only to correct his ways, but his very crimes can teach him and all of us new ways to “break in” and reach heights that honest people can never reach.

And this is the ultimate redemption of our past wrongs, and also the ultimate expression of the Divine Image in each human: The power and ability to transform our pasts. To use the newfound knowledge and methods that came from illicit sources to open up unprecedented channels of holiness and sanctity.

Now, let us see if the “leaders” of our time can do the same with our economy. We too have a few thieves today that may learn some of these lessons. But before we hold our breaths, let us each apply this lesson to our own personal lives. Rather than wait for the establishment to create changes, grass roots have the power to create a revolution from below.

Perhaps we should seek out Bernie Madoff, Arthur Nadal, etc for teshuvah and to gather a minyan to pray for our economy.

This is so beautiful. I love the comparison. A baal teshuva can achieve more sometimes than a tzadik gomur!!! Woow.

I would like to know if the crime of burning down ones house to punish another is forgivable.
I have no stories that make this OK. The thief of the day may be forgiven, but he should be held accountable for his actions/crimes. He has violated somebodys well being.