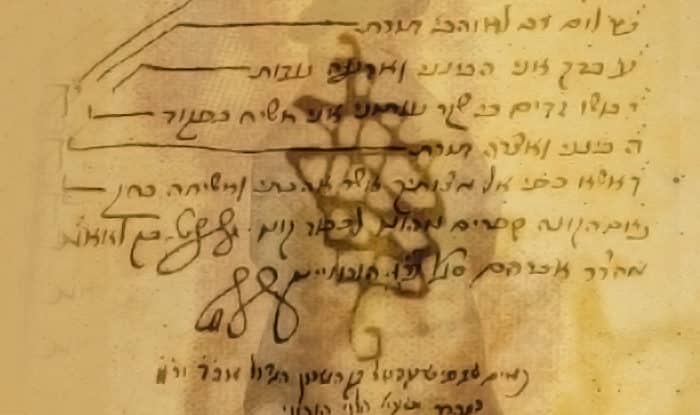 Rabbi Isaiah, a community leader in Russia, Austria, Frankfurt, Prague and then Israel, wove together in lucid and contemporary language the legal, ethical and mystical dimensions of Torah in his magnum opus, the Shaloh, the first work to begin applying mysticism to modern life.

~1565: Born in Prague.
~ His first teacher is his father, R’ Abraham ben Shabse Sheftel HaLevi, author of many works includingEmek Brochoh, Chesed Avraham and Bris Avraham.
~
Family moves to Cracow in Poland, then to Lublin where he studied at the yeshivah of the Maharam.
~ Marries Chaye, daughter of a leading member of the Vienna Jewish community. Has two sons.
~ Participates in meetings of the Vaad Arba HaArotzos – Council of the Four Countries – together with
other leading Rabbis.
~ 1600: First Rabbinical post in Dubno.
~ 1602: Appointed head of Beis Din in Austria
~ 1606: Appointed Rabbi of Frankfurt.
~ 1614: Jews expelled from Frankfurt – R’ Horowitz leaves with the community.
~ 1615: Appointed chief Rabbi of Prague.
~ 1620: Wife passes away.
~ 1621: Moves to Israel. Appointed Rabbi of the Ashkenazic community in Jerusalem. Marries Chava with whom he has a daughter.
~ 1623: Completes “Shnei Luchot HaBrit” (Two Tablets of the Covenant), known as the “Shaloh.”
~ 1625: Arrested by local government together with fifteen leading Rabbis.
~ 1626: Released from prison. Goes to live in Tzfat and Tiberius in the north of Israel.
~ 1630: Passes away 11th of Nissan. Buried in Tiberius near the graves of Rabbi Yochanan ben Zakkai and the Rambam.
~ 1648: “Shnei Luchot HaBrit” first published in Amsterdam.
~ 1648-1930: 16 editions of “Shnei Luchot HaBrit “ published.

(Some) Concurrent Events in History:

I was looking for information about the Shaloh and found your helpful article. Many thanks!

thank you it was really helpful

My Dad told me we were Ben archer Ben from the Shelah. It didn’t mean much then, but now, I would like to learn more about his journey.
Norman@licenders.com

Thank you so much, Rabbi Jacobson for sharing about the Shaloh. My husband Marcel Krauthammer’s, z”l, family tree, (beautifully calligraphed and framed in his brother Charles’, z”l, home, that used to hang in their parent’s home, Horowtiz/Krauthammer) shows that 18 generations back is his ancestor, Rabbi Yesaje haLevi Isch Horowitz- Prag. 1565-1630.
I believe that is same as Rabbi Isaiah HaLevi Horowitz –The Shaloh (1565-1630).

I regret that when the Horowitz/Krauthammer family home was sold that I did not realize the treasures that were in the family library, all very old Hebrew books.
I will try to find an English translation of my husband’s ancestor’s book, Shnei Luchot HaBrit.
לשנה טובה תכתבו ותחתמו