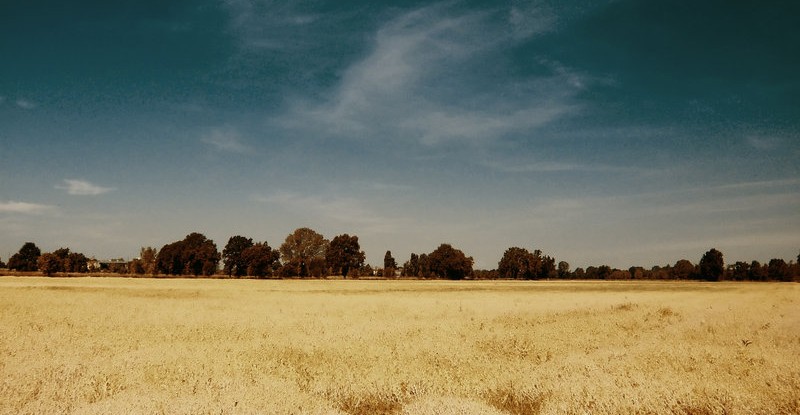 I will give peace in the land, and you will sleep without fear; and I will terminate (v’hishbati) evil beasts from the land, and the sword will not pass through your domain.

The precise meaning of the Hebrew word hashbatah, rendered here as “terminate,” is debated by our sages. According to Rabbi Judah, the term implies the utter cessation of a thing’s existence. Thus, Rabbi Judah understands the divine promise to “terminate evil beasts from the land” to mean that in the harmonious world of Moshiach all destructive creatures and forces will be “removed from the world.” Rabbi Shimon disagrees: in his opinion, hashbatah implies only the termination of a thing’s particular characteristics—in this case, the destructive nature of “evil beasts.” It is this feature of their being that G-d will eliminate, while they continue to exist in their new harmless and gainful cast.[1]

This is the root of several other debates between Rabbi Judah and Rabbi Shimon. For example, regarding the mitzvah to destroy all leaven (chametz) in one’s possession on the day before Passover, Rabbi Judah rules that “the destruction of leaven can be achieved only by burning.” His colleagues, however, are of the opinion that “one can also pulverize it and cast it to the wind or throw it into the sea.” [2] Here, too, the issue is the definition of the term hashbatah, which the Torah employs in commanding us that

“on the first day, you shall terminate (tashbitu) leaven from your homes.” [3]

Rabbi Judah understands this as a commandment to utterly destroy chametz, while Rabbi Shimon and the other sages hold that as long as the edibility and profit-ability of leaven (i.e. those aspects of its being that pertain to its prohibition on Passover) have been eliminated, one has met the requirements of hashbatah. [4]

Another example is a dispute between Rabbi Judah and Rabbi Shimon regarding work on Shabbat.

There are thirty-nine melachot, or categories of labor, that are forbidden on Shabbat, embracing practically every creative and constructive act of man. However, in order for an act to be considered a full-fledged transgression of the prohibition to work on Shabbat, subject to the penalties the prescribed by the Torah, it must be a “conscious work” (melechet machshevet), in which the creative result is the intended outcome of one’s deed. A case in point: The first of the thirty-ninemelachot is choresh (“plowing”), a category that includes all forms of digging and landscaping. Nevertheless, one who drags a chair across his lawn on Shabbat, thereby cutting a groove in the earth, is absolved from penalty, since the “work” in question was unintentional.

But is it permissible to perform an unintentional melachah? This is the point of contention between Rabbi Judah and Rabbi Shimon. According to Rabbi Judah, such a deed falls under the category of  “absolved but forbidden”: while only “conscious work” carries a penalty, it is still forbidden to do something that might result in a creative deed, albeit a deed that does not meet the full criteria of melachah. Rabbi Shimon, however, is of the opinion that a person may go ahead and drag that chair, even if he knows that his doing so may carve a groove in the earth; if the Torah defines “work” as a deed that is consciously creative, only such work is forbidden us on Shabbat.[5]

Once again, their debate centers on the definition of hashbatah. “Six days a week you shall work,” commands the Torah, “and on the seventh day you shall desist.”[6] The Hebrew word for “you shall desist,” tishbot (commonly translated “you shall rest”), is but another form of hashbatah, as, indeed, is the word “Shabbat.” But to what extent is the Torah telling us to terminate work on Shabbat? According to Rabbi Judah, hashbatah implies the utter cessation of a thing’s existence—no trace of melachah is to be enacted on Shabbat, not even the pseudo-melachah of unintended work. According to Rabbi Shimon, however, as long as the defining characteristic of melachah, its conscious creativity, has been eliminated, though the body of the melachah remains, the hashbatah of Shabbat has been realized in full.[7]

After citing Rabbi Judah and Rabbi Shimon’s differing interpretations of the verse “I will terminate evil beasts from the land,” the Midrash quotes the prophet Isaiah in support of Rabbi Shimon’s view:

“The wolf shall dwell with the lamb, and the leopard shall lie down with the kid… An infant shall play on the cobra’s hole, and a child shall reach into the viper’s nest. They shall neither hurt nor destroy in all My holy mountain, for the earth shall be filled with the knowledge of G-d as the waters submerge the sea.” [8]

Accordingly, the messianic ideal is not a world in which everything with a negative trait or potential disappears, but one in which these traits and potentials are eliminated, and the energies that sustain them redirected to positive and G-dly ends.[9]

Rabbi Shimon’s interpretation of the verse is also consistent with the time-context in which it is read and studied as part of the annual Torah-reading cycle. The Torah section of Bechukotai (Leviticus 26-27), which includes the divine promise to “terminate evil beasts from the land” in its opening verses, is read in the closing days of the sefirah-count, the seven-week process of self-refinement that leads from our annual re-experience of the Exodus on Passover to our receiving of the Torah on Shavuot. The objective of the sefirah process can be seen in the difference in our attitude toward leaven on these two festivals. On Passover, chametz is utterly rejected: we are forbidden to eat it, derive benefit from it in any way, or even keep it in our possession; there is even a special mitzvah to destroy all leaven that is in our possession on the eve of the festival. On Shavuot, however, not only is chametz permitted, but the Torah even commands that two loaves of leavened bread be offered on the altar in the Beit Hamikdash (the Holy Temple in Jerusalem—something that is strictly forbidden not only on Passover but all year round. Leaven, whose primary feature is that it rises and inflates itself, represents the source of all evil in the heart of man: arrogance and pride.[10] But the sefirah-count is the process by which we sublimate the forty-nine adverse derivatives of pride, until we reach the point that it is divested of its negativity and can be included in the G-dly environment of the Beit Hamikdash—the environment that constituted a “taste” of a future world that shall be “wholly Shabbat and tranquility, for everlasting life.”[11]

[7] Another, related debate between Rabbi Judah and Rabbi Shimon concerns a “melachah that is not for its own sake.” For example, what if a person digs a hole not because he needs a hole in the ground, but because he needs the earth he removes from it. Here, unlike the case of the dragged chair, the melachah, digging a hole, is intentional (and inevitable); it is only that its defining objective (to constructively shape the ground) is not the objective of the laborer. In such a case, Rabbi Judah and Rabbi Shimon both agree that the activity it is forbidden; but does it have the status of a full-fledged penal transgression? Rabbi Judah, who adopts the broader definition of hashbatah, says yes. Rabbi Shimon, who sees the lack of melechet machshevet as tantamount to the termination of work, takes the more lenient view, forbidding this quasi-intentionality but absolving it from penalty( Talmud, Shabbat 73b).

[11] From the Shabbat addendum to Grace After Meals.