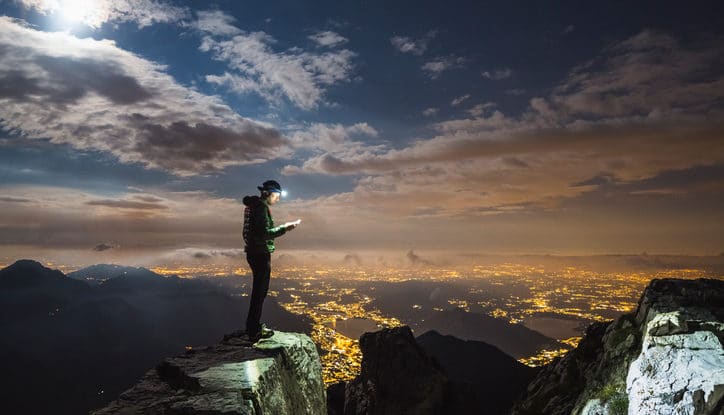 The Real and the Unreal

One morning I was welcomed to the following heart warming e-mail:

“What’s all this BS in your writings?”

“BS!” Why would someone accuse me of that? And why state it in such an insulting manner?

Of course our e-mail box offers us many surprises. One of the appeals of e-mail – at least at this early stage of its novelty – is its spontaneity. We are ready to endure the deluge of spam, which constitutes 80% of all e-mail, for the several e-mails that will inform, entertain and above all, surprise us.

Yet, this BS surprise would top them all. Read on.

I receive much e-mail, some complimentary, some critical. But even critique has its etiquette. Why would someone who doesn’t even know me be so blunt as to categorize my writings as “BS”?!

I am not suggesting that I don’t deserve such a “compliment” once in a while to put me in my place. And frankly, it doesn’t take much thick skin to ignore a few nasty words.

But as much as a tried I could not disregard the insult. No, this was not about my ego being bruised. The sheer brevity of the words  “what’s all this BS in your writings?” conjured up all my feelings about the search for truth.

After all, I said to myself, the masters teach us that when you are accused of something, even if it’s ostensibly unjustified, there must be a lesson in it for you. Though the criticizer or accuser is accountable for his choice, it behooves you (the accusee – is there such a word?) to soul search for some semblance of truth in the critique.

So, I began thinking about my own hypocrisies and inconsistencies. Do I actually live up to all that I write? How sincere are the thoughts I share in my writings and classes? Isn’t it easier to advise others than to implement the same advice in your own life? How real am I, and how much is performance?

The questions go on.

As do the justifications.

Then again, who among us humans is immune to these distortions?

As one thought leads to the next, the words of the mystics loom ever larger: “We live,” they tell us, “in a false world.” “Alma d’shikra,” a deceptive world. Ever since the Divine concealed its presence in what is called in Kabbala as the Lurianic doctrine of tzimtzum, our perception of reality is but a myopic view, which struggles to see the “hand inside the glove.” Often we can even deceive ourselves into thinking that there is no other “hand” that the one we grasp.

So this “BS” e-mail has provoked a soul-search in my own being.

Comics say that two people never repent: Writers and speakers. Why? Because though most of us have our failings, inspiring words we read or hear often motivate us to improve ourselves. No hope however for a writer or a speaker. When either of them hears an inspiring thought, instead of taking it personally to heart, the writer or speaker says: “great material for my next speech or article…”

And what about someone who is both a so-called writer and lecturer?

“All of life,” he goes on, “is manipulation. The only difference is that some manipulation is apparent; the rest is camouflaged in the cloak of sincerity. The best manipulators are the ones that cover all their tracks,” he smirks.

“Might as well be speaking to Voltaire,” I think to myself, “who cynically stated that if G-d didn’t exist we would need to create one.”

I for one cannot accept this cynical approach, which renders all of life meaningless, which would of course, undermine the very basis of our organization.

Is this another form of BS? Everyone is promoting their own BS. For some it takes the shape of honesty. Man, that really sounds like a lot of BS. Even BS is a bunch of BS.

Ok, so where does that leave us?

If you’re confused, don’t worry, that’s part of the story.

If you really allow yourself to dwell on the topic and wander into the myriad of possibilities, true and false can become a real quandary. Who defines the criteria? And above all, is their any logical refutation to the million dollar question: Maybe all of this is just part of one big illusion? Even the refutation itself is part of the illusion.

All this provoked by a few, for all I know, harmlessly intended words via e-mail.

Finally, I decided to swallow my pride and write back to the “BS” accuser.

I wrote my words carefully:

“Dear… I received your e-mail stating “What’s all this BS in your writings?” You are of course entitled to your opinion, but I hope you don’t mind me asking you what exactly provoked you to write these words? Sincerely [signed].

His response shocked me:

“Dear Rabbi. I am appalled that you think that I would insult you. On the contrary I greatly respect you and your work. I have learned much from your teachings, and I look forward to your weekly e-mails.

“I happened to notice the letters “bsd” appearing in some of your publications, and I couldn’t help but wonder what is all this “bsd” in your writings?”

Here I am undergoing an elaborate self-appraisal about honesty and truth, waxing eloquent about the philosophies of life, when it all comes down to a good ol’ typo: Instead of “BS” this fellow meant to write “BSD.” He was wondering why there were  “BSD” references in our writings and publications.

I wrote back to him explaining the significance of “BSD.

“BSD is an acronym for “B’Syayta D’shemaya,” which in Aramaic means “with the help of Heaven.” An long-time Jewish custom is to write “BS”D” or “BH” (Boruch Hashem, blessed is G-d), at the beginning of a letter, at the top of a page or the opening of written work.

BSD is a way of reminding us that our works, our writings, our very beings, are all a Divine gift. It’s a way of humbly acknowledging and that our creativity is possible only with help from a greater place. This is turn helps us actually become a channel on Earth for Heavenly expression.

It’s funny how things work. Of all terms “BS” is the one that ends up reminding me of  “BSD.”

If you look closely enough, the “BS” of this world reminds us of “BSD.”

There are two ways to reach truth: Interpolation or extrapolation. One is through rigorous inquiry in search of reality, looking for glimpses and signs of deeper truths. The other is through the process of elimination: By recognizing the falseness of life and the frailty of existence, by dissecting and deconstructing reality as we perceive it and challenging our very perception or perception itself, we come to discover, by contrast, an alternative, higher reality.

The Rebbe of Kotzk once interpreted, in his characteristic sharp way, the famous Midrashic analogy about Abraham’s search for truth. A man was wandering in an untamed forest when he came upon a brightly lit palace. The man exclaimed: “There must be an owner of this palace.” So too Abraham, wandered about the wilderness of a pagan world, and upon seeing the infinite order of the universe, recognized that it must have an architect. Every book has an author.

Says the Kotzker: “Birah dolekes” (a brightly lit palace) can also be interpreted as meaning “a burning palace.” When Abraham saw how the world was “burning” in distortion and corruption, he realized: There must be an owner…

BS and BSD – two choices we have before us at all times.

As we read in this week’s Torah chapter about the construction of the Temple, it’s a good time to reflect on its personal meaning:

We were charged to build in our false, material world – a home for the Divine, “Build me a Sanctuary, and I will dwell among you.”

We are not doomed to the trappings of our manipulative world. We have the power to introduce truth. But to do so we need to embrace “BSD” and concretize it in our daily lives.

BS or BSD – which one will it be today?

Dear Rabbi Jacobson —
I am really stuck on Elul 3 – Day 4:
To what extent have you used the guidance of the Torah to access your soul? and
To what extent are you familiar with what the Torah teaches in this regard?
I dont believe they were esoterically directed questions, as you state that your book is directed to every level of education. But as a baalat tshuva, I have no information on how to answer those questions and none provided (or at least not as concrete as I would like) in your book. Can you help me gain some understanding? Like WHERE in Torah does it tell me how to access in my soul? WHAT precisely does it say in that regard?

B is beautiful
S is sayings

Rabbi, it did make me think, though, about a birthday greeting I’d posted moments before for someone I don’t know well. Did I do it for him or because it made me feel “good” about myself for being so thoughtful? Naturally, I’m a a writer and probably past redemption….

One thing is certain: BDS is pure BS.

Awesome, the Lord works in mysterious ways. Thank you for sharing and defining BSD & BH.