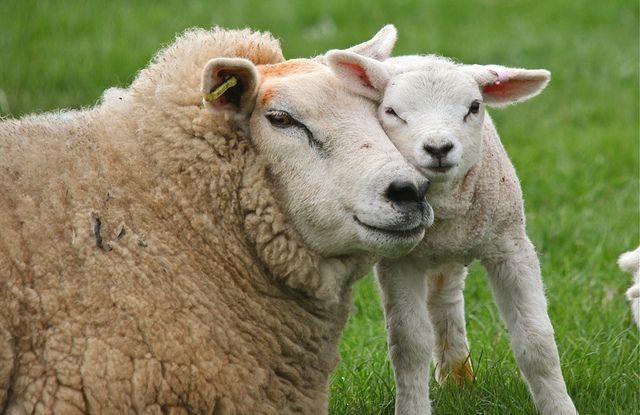 Obviously, the duty to return a lost object to its owner is not limited to oxen, sheep, asses and garments, but applies—as the verse concludes—to “every lost thing of your brother.” The Talmud explains that the Torah cites these examples because each of them teaches us another of the laws regarding lost objects.[1] However, while it deciphers the laws to be derived from “ox,” “ass” and “garment,” it does not succeed to do so in the case of the “sheep.” “The lost sheep is a difficulty,” it concludes the Talmud, meaning that the legal significance of the word “sheep” in the verse proved difficult for the sages.[2]

The Zohar tells us that the Torah has both a body and a soul. The “body” of the Torah is its “physical” part—the historical events it recounts and the laws it legislates. But implicit in this body is a “soul,” a mystic dimension in which every story has its sublime analogy and every legal nuance its spiritual counterpart.

Accordingly, the mitzvah of returning a lost object applies not only to the physical property of one’s fellow but to his spiritual possessions as well. If you encounter a life gone astray—a confused mind, a dysfunctional heart, a soul that has lost its moral compass or spiritual sensitivity—restore it to its owner. You may not remain indifferent to the spiritual plight of a brother any more than you may ignore his wayward ox.

Specifically, the four examples of “lost objects” enumerated by Torah correspond to four prototypical maladies of the human soul.

The ox is a powerful and volatile beast. When provoked, it is virtually unstoppable. One moment it is grazing quietly; the next, it is a thousand pounds of charging flesh and brawn, crashing through everything in its path. We all know its spiritual cousin: the contrary, opinionated brute who lashes out at anything that is disagreeable to him or challenges the tranquillity of his mastication.

When the ass rebels against its master, it doesn’t rage and gore—it digs in its heels and coldly disregards its master’s commands, pleas, even the blows raining down on its back. Spiritually, the obstinate ass is worse than the raging bull. The “ox” at least responds; the fact that he is provoked means that he has been challenged. On the other hand, coldness and indifference signify a greater distance from holiness and truth.[3]

The “garment” represents an even more noxious spiritual malady. The Hebrew word for garment, beged, is related to begidah, “treachery.” The antagonistic ox and the indifferent ass might resist or ignore their master, but they do not hide behind a contrived identity. The beged personality is one who misleads others—and worse yet, himself—as to where his loyalty lies, making it far more difficult for him to own up to his behavior and rectify it.

And then there is the sheep—a creature characterized by meekness and docility. While this might seem a lesser ill than the previous three, it is the most difficult to overcome. A person who fights, ignores or even betrays his G-d can come to recognize the truth and rectify his behavior. But you cannot convince the “sheep” of the error of his ways—he fully agrees with you. You cannot fan the flames of his heart—he is already fired with inspiration. He knows the truth, he cares about the truth, he desires to do what is right—but he is too timid to do anything about it.

This is the deeper significance of the Talmud’s words, “The lost sheep is a difficulty.” Regarding the “ox,” “ass” or “garment,” there are ways of dealing with a soul’s loss. But what is to be done with the “sheep”? Here the Talmud has no formula, no logistic solution.

Nevertheless, the Torah commands: “Return them to your brother!” Every spiritual loss is recoverable, every deficiency can be transformed into a positive force. An ox run amok is a destructive force, but when properly harnessed and channeled, its passion diverted to holy ends, “Much grain yields the might of the ox.”[4] The obstinacy of the ass, properly sublimated, translates into endurance and perseverance in remaining true to one’s mission and G-d in the face of trial and difficulty.[5] Treachery, too, has its positive uses; physical life is itself an act of subterfuge on the part of the soul, who assumes a material body and identity only to exploit them to serve its spiritual goals.[6]

And the meekness of the sheep, no matter how difficult a problem it poses, can also be reclaimed as a virtue. Meekness can be recast as self-abnegation to G-d—a self-abnegation that spawns not the passivity and resignation of the lost sheep but the resolute and uncompromising activism of he who has surrendered his ego and its encumbrances to serve an omnipotent master.

[1]. For example, the word “garment” teaches us that a person is only obligated to return an object that has identifying marks or characteristics (simanim) by which the owner can prove it is his (a garment is an object that can always be identified by size, color, material, and the like). If someone finds something that has no siman (such as loose coins or fruit) he is not obligated to return it, even if he knows who lost it, because it is assumed that the owner has relinquished all hope of recovering it.

[5]. Thus Jacob blessed the tribe of Issachar with the ability to pursue the study of Torah with the endurance of an ass (Genesis 49:14; Rashi on verse).

[6]. This is the deeper significance of Jacob dressing himself in Esau’s clothes to receive the blessings of “the dew of the heavens and the fat of the land,” as related in Genesis 27.