Why Do We Fall in Love? 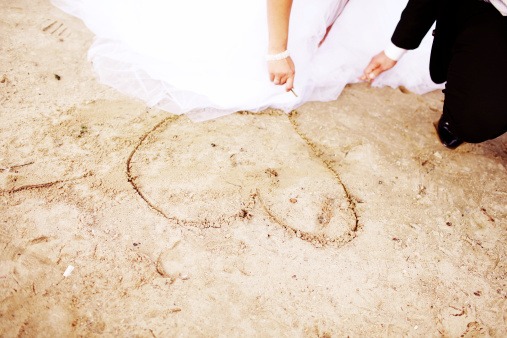 Is the mystique and the romance, the music and the moonlight, just nature’s way of hoodwinking males and females to reproduce?

What lies behind the attraction between the sexes? Sexuality is a subject about which no one is neutral. Everyone has a sexual nature, everyone has a need for sexuality, everyone has a sexual personality that has been formed by home, schooling, the trial and error of life experience, and whatever they pick up along the way from the subtle and not-so-subtle influences of the society in which they live.

In seeking to make sense of our sexuality we must look to its origins. Where does our sexuality come from? I would like to look at two approaches to that question. One is the scientific approach and then we’ll contrast it with the Torah approach, specifically, the Kabbalistic-Chassidic perspective.

There are numerous secular-scientific theories of sexuality. From the perspective of the biological or evolutionary theory for example, our sexuality derives from the fact that the perpetuation of the species is achieved through a sexual relationship between a male and a female. The male will therefore search for the female that is most fertile, and that will bear the healthiest offspring; and the female will search for a male that provides the healthiest seed, that is the most virile and that will protect the young.

What this theory essentially says is that behind the mystique and the beauty, the romance and the sensuality in which human sexuality comes enveloped—behind it all really lies a primal force: the need to exist, and to perpetuate that existence. Modern man is not prepared to think of him or herself merely as production machines to bear children, so in order to entice two people into a union, evolution and biology have conspired to imbue the sexual act not only with pleasure but also with a mystique that compels us along the romantic journey.

The accouterments of human sexuality—the romance, the flowers, the music, the moonlight—are really just nature’s way of getting two people together. Two human beings courting each other are essentially the same as two bees courting each other. One bee will buzz a certain way or give off a certain scent, but what it comes down to is that these are tactics to get them together to mate and bear offspring. Nature is ruthless. Nature must prevail. So nature finds the means to get a male and a female to mate.

This, basically, is the scientific approach to human sexuality. Let us now contrast this with the Torah’s approach.

The Torah’s conception of human sexuality is expressed in the opening chapters of Genesis, and states that sexual attraction between human beings is driven by a completely different force: their search for their divine image, for their quintessential self.

The Torah describes man as originally having been created as a ‘two-sided’ being: “Male and female He created them… and He called their name: man.” G-d then split this two-sided creature into two, and ever since, the divided halves of the divine image seek and yearn for each other. They’re not half individuals; man is a full-fledged personality and woman is a full-fledged personality. But there are elements in their transcendental persona, in their completeness, that remain incomplete if they don’t find each other. There’s something missing in each of them; they were once part of a greater whole.

To put it in more mystical terms: they’re really searching to become one with God. The human race is in essence one entity, a male-female singularity. When man and woman come together and unite in a marital union, they recreate the divine image in which they were both formed as one.

The teachings of Kabbalah take this a step further. According to the Kabbalah, these are two forms of energy that, in the most abstract form, are referred to as an internal energy and a projective energy. Feminine energy and masculine energy exists in each man and in each woman, and in every part of nature. Even Godliness is sometimes described in the feminine and sometimes in the masculine.

Contrary to the common perception of the ‘patriarchal’ G-d of the Bible, many of the divine attributes are feminine, such as the Shechinah, which is the feminine dimension of Godliness.

So what we have here is a split of two energies, and a yearning and inclination to become one whole. The human race was created in the divine image, but that human race is half male and half female, and through their union they become that larger whole, that divine image that searches for union with G-d, that seeks a higher reality.

This is the soul of sexual attraction. This attraction, which manifests itself in many physical sensations, from a faster heartbeat to a physical attraction to another person, is essentially the attraction of male to female and female to male to become a complete, divine whole, connecting to their source in G-d. Not that they’ve ever been completely disconnected; but consciously, people can go off on their own individual narcissistic, even selfish, path. And here, there’s a voice in you saying: I yearn for something greater. When a man is physically attracted to a woman, or a woman to a man, it may seem a very biological thing, but from a Jewish, Torah perspective, it’s just a physical manifestation of a very deep spiritual attraction.

This is not to say that the Torah’s concept of sexuality is not intrinsically tied in to the objective of creating new life. It certainly is. But perpetuation of the species is not the sole end of our sexuality. Rather, it’s the other way around: the divine nature of our sexuality—the fact that the union of male and female completes the divine image in which they were created—is what gives us the power to bring life into the world.

So there is something divine about the union itself. This is reflected in Halachah (Torah law) which extends the sanctity of marriage also to circumstances in which the generation of offspring is not a possibility (such as in the case of a man and/or woman who are beyond childbearing age, or who are physically unable to bear children). If sexuality were simply the mechanism for childbearing, one might argue: “Hey, no perpetuation of the species, what’s the point of marriage and sexuality? Just a selfish pleasure? Where’s the holiness?” The answer is, yes, the sexuality qua sexuality is holy. Male and female uniting is a divine act, a divine experience.

Essentials Of An Eternal Bond

6 Keys to Finding Your Soulmate

The first key to finding your true soulmate is recognizing your own soul. Get the 6 Keys straight to your inbox and experience the relationship you deeply desire.