The Rebbe and the Writer 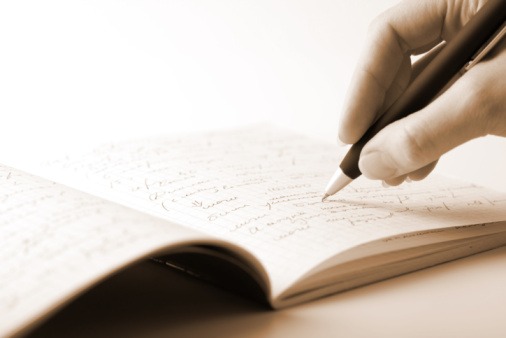 For those seeking to meet the Lubavitcher Rebbe, one opportunity to do so was at the conclusion of the farbrengens (chassidic gatherings) the Rebbe held at the close of every festival, when he would distribute the traditional kos shel berachah (“cup of blessing”) to tens of thousands of people. Long lines would crisscross the large synagogue on Eastern Parkway and spill out into the street; often it was closer to dawn than to midnight when the last one in line received his ounce of wine from the Rebbe’s cup and a brief blessing from the Rebbe’s lips.

One night, a most unlikely visitor was standing on line for kos shel berachah: the writer and publicist, Natan Yellin-Mur, waited amidst a sea of black-clad chassidim and a sprinkling of secularly-suited and casually-dressed Jews for his moment with the Rebbe.

Natan was born in Vilna to Torah-observant parents and was educated in that city’s world-renowned yeshivot. As a young man, however, Natan abandoned the beliefs and practices of Judaism in favor of secular Zionism. He became a leading Zionist activist, finally making his way to the Holy Land. There he joined Lechi (“The Stern Gang”), the most radical of the Zionist groups fighting for an independent Jewish state.

But after the establishment of the state in 1948, as mundane politics replaced the ideological fervor of the pre-independence years, Natan became disillusioned with the cause for which he had fought with such vehemence. He turned fiercely anti-Zionist and pro-Arab. An eloquent writer, he regularly published articles defaming everything Jewish, and particularly the Jewish state and its policies.

Natan was on line for kos shel berachah that night because of his acquaintance with Gershon Ber Jacobson, editor of the New York-based Yiddish language newspaper, The Algemeiner Journal. Gershon Ber is a religious Jew and a Lubavitcher chassid; his paper is certainly pro-Israel and supportive of Yiddishkeit; but Gershon Ber also believes in journalistic pluralism and freedom of expression, and, to the consternation of many of his readers, he invited the self-proclaimed atheist and anti-Zionist to write for the Algemeiner and published the venomously anti-Israel and anti-Jewish articles the writer sent in. When Gershon Ber suggested to Natan that he meet the Rebbe, the writer accepted the invitation.

As the two men approached the Rebbe, Gershon Ber introduced his guest. The Rebbe turned to Natan, smiled broadly, and said: “I read all your articles.”

Natan’s idea of a Chassidic rebbe did not prepare him for a person who reads newspapers, much less articles such as his own. But what surprised him even more was what followed. “When G-d blesses someone with a talent such as yours,” the Rebbe was now saying, “one must utilize it to the fullest. This is a divine calling, and an immense responsibility. It is your G-d-given power and duty to make full use of your capacity to reach out to others and influence them with your writing.”

Thinking that the Rebbe was perhaps mistaking him for someone else, Natan asked: “Does the Rebbe agree with what I write?” The Rebbe replied: “One need not agree with everything one reads. What is most important is that one utilizes one’s G-d-given talents. When one does so, one will ultimately arrive at the truth.”

Before the flattered writer could adjust to the unexpected turn the meeting was taking, the Rebbe’s next words struck a place in his heart he’d long thought to have been silenced forever. “Tell me,” said the Rebbe in a gentle yet firm tone, “what is happening in regard to the observance of Torah and mitzvot?”

Not wanting to lie to the Rebbe by pretending to be observant, nor wishing to offend him with his atheism and anti-religiosity, Natan replied: “A Jew thinks.”

“But in Yiddishkeit,” countered the Rebbe, quoting the Talmudic maxim familiar to Natan from his yeshivah years, “it’s most important to do. ‘The primary thing is the deed.’”

Natan returned: “At least with me it’s like in the story with the Berditchever.”

Natan was referring to the story told of Rabbi Levi Yitzchak of Berditchev’s encounter with a Jew who was smoking a cigarette on Shabbat. Rabbi Levi Yitzchak, famed for his literal inability to see anything negative in a fellow Jew and his persistent advocacy on behalf of his people, said to the transgressor: “Surely you’re not aware that today is the holy Shabbat.” “No,” said the man, “I’m perfectly aware that it’s Shabbat today.” “Then perhaps you don’t know that it’s forbidden to smoke on Shabbat,” said Rabbi Levi Yitzchak. “No,” said the man, “I know perfectly well what the law says about smoking on Shabbat.” Rabbi Levi Yitzchak lifted his eyes to heaven and cried: “Father in Heaven! How precious are Your people, Israel. See how a Jew is simply incapable of telling a lie.”

There are many stories told of Rabbi Levi Yitzchak of Berdichev, so Natan was about to tell the Rebbe to which story he was referring. But before he could get out another word, the Rebbe rejoined: “The difference is that the Berdichever said this in defense of a another person, while you are saying it in defense of yourself…”

With that, the meeting came to a close. The Rebbe poured some wine into Natan’s cup, blessed him, and turned to the next in line.

Several months later, Natan was diagnosed with terminal cancer, G-d forbid. The doctors gave him but a few months to live. Shortly before his death, he sent a sealed envelope to Gershon Ber, with a note stating that it contained an article which he wished to be published posthumously.

Gershon Ber complied, and following Natan’s death, the article was printed in The Algemeiner Journal. “My dear reader,” Natan had written. “As you read this article, I am standing before the heavenly court being judged for all the actions I took and the choices I made in the course of my life. No doubt, I will be severely judged for living a life totally antithetical to anything Jewish. In fact, I have severe doubts that I will even be allowed to speak in my defense. This is why I asked your editor to print this now, as I stand before the heavenly court, in the hope that what is being read and discussed at this moment on earth will attract the attention of the Supernal Judge. For I have one merit which I want to present to the court in the face of all my failings and transgressions.” At this point, Natan related his exchange with the Rebbe at kos shel berachah. “The Rebbe said to me,” he concluded, “that I have a G-d-given talent, and that it is my sacred duty to utilize it to influence others. This I did to the best of my ability, however misguidedly. This is the only merit I can claim; may it lighten the destiny of my soul…”