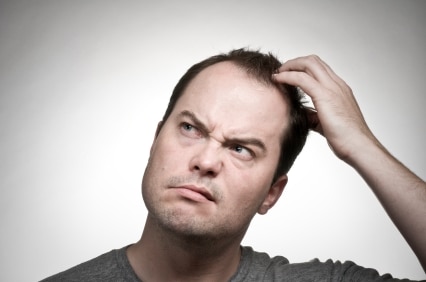 Jacob called for his sons and said, “Gather and I will tell you what will happen to you at the end of days” (This week’s Torah portion, genesis 49:1)

Jacob showed (revealed to) them the wars that would take place at the end of days [in Babylon (Basra) and Edom – Isaiah 34:5-6], he showed them the building and destruction of the Temples (Midrash, Bereishis Rabba 98:2)

Babylon – modern day Iraq – is in the news yet again. And so is Nebuchadnezzar, its leader. You see, Saddam Hussein, executed in a most humiliated fashion last Saturday, modeled himself after his predecessor, the king Nebuchadnezzar who ruled Babylon in the 6th century BCE.

Though Saddam Hussein was vanquished several years ago, and this tyrant who once terrorized millions and paralyzed his country in fear has long become insignificant, his being symbolizes so much of the essence of Babylon, and his execution represents a stage in the demise of Nebuchadnezzarian power.

We are taught that “the heart of kings and ministers are in the hands of G-d” (based on the verse in Proverbs (21:1): “The king’s heart is in the hand of G-d, as the rivers of water: He turns it whatever way He wills”). Thus, the rise and fall of world leaders, whether noble or cruel, signifies a major event – a key milestone in the narrative of history. Indeed, our sages and mystics always read much meaning into the historical and spiritual shifts defined by the death of the kings and leaders of nations.

The toppling of Saddam’s reign and now, his recent execution, is a benchmark in the bigger, cosmic picture. Especially considering that Saddam was not just another leader, but (in his own words) an incarnate of Nebuchadnezzar, and Iraq is not just another nation, but the perpetuation of ancient Babylon, and indeed the root of all civilization: The Garden of Eden, Abraham’s birthplace, the Tower of Babel and more (click here for a comprehensive list of the Babylonian past).

In case we should for some reason overlook this significance, it’s impossible to ignore the key dates marking Saddam’s fall, capture and execution:

Many of the major milestones in history can easily remain unnoticed, like the forest that is overlooked because of our focus on the local trees. As we live through our lives moment by moment we tend to ignore the underlying big picture of the human chronicle.

We therefore are blessed with minds, with the power of insight, to look beyond the superficial, to peer beneath the surface. Often, as if an invisible hand is helping us along, certain outstanding patterns will emerge.

Is it possible to dismiss the geography and the dates that mark the rise and fall of Saddam Hussein?

“My enemies have made me wise,” says the Psalmist.

To understand the historical significance of Hussein’s end, we can learn much from his own representation.

In 1979, Hussein was quoted by his semi-official biographer as saying: “Nebuchadnezzar stirs in me everything relating to pre-Islamic ancient history. And what is most important to me about Nebuchadnezzar is the link between the Arabs’ abilities and the liberation of Palestine. Nebuchadnezzar was, after all, an Arab from Iraq, albeit ancient Iraq. … That is why whenever I remember Nebuchadnezzar I like to remind the Arabs, Iraqis in particular, of their historical responsibilities. It is a burden that should… spur them into action because of their history.”

And indeed, Hussein’s final words, as the trapdoor opened beneath him, “Palestine is Arab!” tell us about his innermost feelings. Despite the noose around his humiliated neck and the taunts of his captors, he didn’t forget his most innate instincts about Israel. Even without an in depth Freudian analysis it’s quite clear that Saddam was obsessed with the destruction of Israel. Who can forget those dark days in 1991 when Saddam Hussein, unprovoked, was shooting Scud missiles at Israel, or his bankrolling of Palestinian suicide bombers?

But what lies at the heart of his obsession? Indeed, what is root of Nebuchadnezzar’s drive to conquer Jerusalem and destroy the Holy Temple? And later –

the Romans, the Ottomans, and earlier – the Egyptians, the Assyrians, the Persians, the Greeks, the Crusaders – basically every empire and superpower throughout history felt compelled to attack, conquer and destroy Jerusalem and then turn it either into ruins or into a city in their own “pagan” image.

Why did Roman Emperor Hadrian insist on renaming Israel “Palestina,” obliterating its Jewish past and replacing it with the derogatory name that means “foreign invaders? And renaming Jerusalem “Aelia Capitolina,” dedicating the city to the Roman gods of Jupiter, Juno, and Minerva?

The root of the battle between Babylon and Israel – and the universal obsession with Israel, Jerusalem and the Holy Temple – can be understood by studying their Hebrew names. Hebrew is a metaphorical language; a spiritual language. Each word is filled with layers of meaning and spiritual significance, and each Hebrew name expresses and reflects the essence of the entity that goes by that name.

He named it Babel, because this was the place where G-d confused (balal) the world’s language, and it was from there that G-d dispersed [humanity] over all the face of the earth (Genesis 11:9).

Babylon represents the chaos and confusion of life – both physical and psychological.

Israel is the name given to Jacob by Esau’s arch-angel, after they struggled all night long, meaning “you have struggled with the divine and with man and you have triumphed” (Genesis 32:29).

As the spiritual epicenter of the universe – the “gate to heaven” – all the nations throughout history sensed the power surging from the vortex. They therefore felt (con or unconsciously) that controlling Israel and Jerusalem was the key to controlling the world.

Conversely, as the center of the universe, Israel and Jerusalem – like the central cosmic nervous system – was the first to become aware of how broken the world is without its soul connection. The Holy Temple was destroyed and Jerusalem was left barren and lonely because the world had disconnected from its purpose.

Babylon and Jerusalem cannot co-exist. Similar to the Esau/Jacob dissonance captured in the verse (Ezekiel 26:2): “I shall become full from the destroyed city,” Tyre became full [gained power] only from the destruction of Jerusalem, they will not be equal in greatness; when one rises, the other will fall (Megillah 6a. Pesachim 42b). When Babylon-confusion prevails the complete awe of Jerusalem and the spiritual dominance of Israel is compromised and hurt, or even destroyed. When the spiritual clarity of Jerusalem (and Israel) is at full strength confusion melts away.

Therein lays the obsession of Saddam Hussein, King of Babylon, and all those before him: They represent the forces that resist and battle the complete and seamless integration of spirit and matter represented by Israel and Jerusalem.

Babylon was a source of chaos 2400 years ago, and even farther back – 3800 years ago (when the Tower of Babel was built), and continues to plague the world till this very day. Good old Iraq – Babylon – will just not go away easily. (see Iraq – Yesterday and Today).

Christianity (born out of the Esau, ancestor of the Roman/Western world) has over the centuries slowly learned to temper religious intolerance and integrate faith with respect of individual rights. Today, Islam (born out of Ishmael, forbearer of the Arab/Muslim world) has to come to terms with balancing religious passions and life in a material world.

Saddam Hussein, like his hero Nebuchadnezzar before him, represented the blunt force of Babylonian chaos.

Now, Saddam Hussein’s hanging on the day before the 10th of Teves, marks another stage in the decline of Babylonian strength. Hopefully, this will lead to the total conquest over the Babylonian quagmire, replaced by the Jerusalemite spiritual awe.

In personal terms, this should stir us all to muster strength to battle our own inner turmoil and confusion. As we enter a new stage in history, we have the opportunity to access our inner “Israel” which empowers us to battle the forces of the divine (within Esau) and of man and to triumph.

Question for the week: What do you do when you get confused?