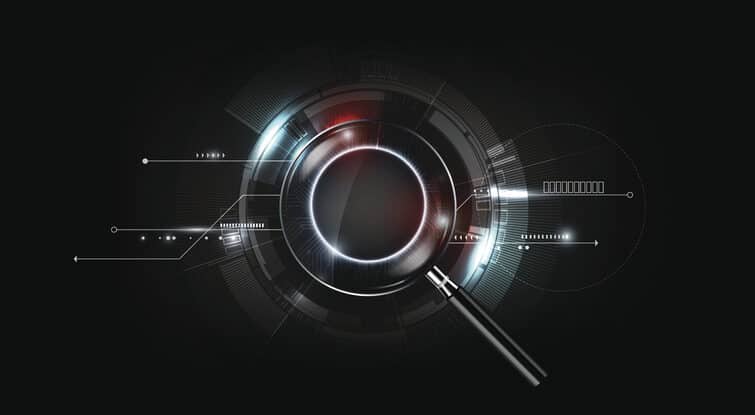 There is a fashion in language as in almost everything else. One of the “in” phrases today is “Be Realistic!” Whether used as an exhortation, admonition or as gentle chiding, it is usually prompted by exasperation that the person to whom the remark is directed refuses to “see reason.” “Reason” in this case being that he refuses to forgo time honored values and traditions that have stood the test of time in exchange for the transient modes and mores of the moment. He is “old fashioned” because he refuses to swim with the tide, or irrational to cling to ideas and ideals which were given long ago and do not conform with “modern” trends.  Another aspect of this call for realism is the argument that even if might is not right one cannot buck the establishment or “fight City Hall.” So, for instance, Israel, which is so dependant on the USA and others, must temper its actions accordingly, even though it may not be in its best interests.

What is a realist? A wit once defined a realist as “an optimist with experience.” This description may not be as cynical as it at first seems.

A valuable lesson in realism may be learned from the events which led up to the Chassidic Festival of Yud Beis Tammuz which we celebrate this week. The facts are well documented, not least of all in the lucid account from the prolific pen of the Previous Rebbe himself. Briefly stated they are that in 1927 the Soviet authorities, keen to stamp out Judaism in the USSR, arrested the Previous Lubavitcher Rebbe, Rabbi Yosef Yitzchok Schneersohn, on trumped up charges of activities against the State, intending to sentence him to death. Paradoxically, those who arrested him paid the greatest testimony to his stature. Intent on promoting a G-dless society and destroying the paraphernalia of observance, they saw in the previous Rebbe, and the followers he led and inspired, the greatest threat to their designs. Remove the Rebbe, they reasoned, and the organized promotion and observance of Judaism would end. The mighty Soviet machine that had toppled the great Czarist regime was afraid of this one great Jew and the influence he wielded.

Incarcerated under unspeakable conditions, tortured physically and mentally, the Previous Rebbe had to face a final interrogation by a committee of three who would decide his sentence. Ushered into a long room at the end of which sat his inquisitors, the Rebbe, physically abused and suffering injuries from which he never fully recovered, walked slowly towards them. Unbowed, he initiated the conversation by saying: “This is the first time that I recall entering a room without people standing up!” One of the interrogators jumped up, shouting remonstratively: “Quiet! Do you know where you are?” Still walking towards him, the Rebbe replied: “Yes! I am in a room which according to Jewish Law does not require a Mezuzah: a stable or a bathroom.”

The end of that chapter of the story was that the Rebbe was sentenced to death. Due to outcry by Governments abroad, the sentence was first commuted to exile, and, shortly afterwards, the Rebbe was freed.

Realistically, was the Previous Rebbe’s attitude not foolhardy? He knew that, on the face of it, these three men held his life in their hands. Would it not have been better to be more conciliatory? To, perhaps, compromise a little? Not to buck the establishment? To live to fight another day?

Now, over 70 years later, with 20/20 hindsight, one may evaluate and answer these questions.

The Previous Rebbe was a realist: an optimist with experience.

His optimism lay in his bitochen[1]. He had perfect faith. In his own words on a previous occasion, he had “but one G-d and two worlds [this and the world to come] “ and could not be intimidated by those “who had many gods and but one world.”  And his experience told him that one could not cede compromises or do deals with those who seek to eliminate you. By doing so one only helps fulfill their agenda: one becomes their agent in destroying what they seek to destroy. His experience also told him that in the preceding millennia, empires greater than the USSR had sought to wipe out the Jewish Nation and had failed: they had perished and the Jewish People had survived.

One chapter ended but the story continued. The Previous Rebbe left Soviet Russia soon after this, but his Chassidim, under pain of death, continued his work and kept the flame of Yiddishkeit there alight and alive. The Rebbe moved first to Riga and then to Warsaw where he experienced the horrors of the Nazi onslaught. Finally, he moved to the USA where he regrouped. He, and later his son-in-law and successor, enthused and inspired thousands of young men and women, many from secular and assimilated backgrounds, with their vision, purpose and leadership to help revitalize the Jewish condition throughout the world following the Second World War and the holocaust.

The USSR has disintegrated but the teaching and practice of Judaism there is once again thriving. On the foundations laid by his predecessor, the Rebbe, Rabbi Menachem Mendel Schneerson, has built an empire that continues to grow, reaching out to tens of thousands of Jews worldwide. It is truly an “Empire on which the sun never sets”, an empire built not on fear and force but on love and enlightenment, not on compromise but on compassion.

In doing so, a new word has been added to the English language and to the lexicon of the world: Outreach. Translated into as many languages as exist, it connotes love, sacrifice of self, kindness and caring.

Unfortunately, though, even with perfect hindsight, there are those who still do not perceive the picture clearly. They are constantly looking over their shoulders to see what “the world” is saying. They are unable to discern the difference between what is real and what is ephemeral, fantasy or fad. Compare this with the Torah perspective, the Rebbe’s perspective: Look straight ahead, keep our eyes firmly on the road leading to the ultimate goal, never deviating to the left or right. Then, it is attainable and imminent. Which way is right? Examine the facts! Be realistic!

[1] Bitochen is usually taken to mean a higher form of trust, belief, faith than that expressed by the word Emunah. In the words of the Rebbe, as explained once to the writer, “If confronted with a problem, one may have emunah (faith, trust, etc.) that the Al-mighty will help one to overcome it. With Bitochen one does not even countenance that a problem exists; it is only a challenge.”

How to Talk to Someone that Won’t Listen